Pastor Tim Thompson returned to Sacramento on Wednesday to conduct a National Day of Prayer service just days after being arrested for “creating a public health hazard” by attending a rally urging Gov. Gavin Newsom to reopen the state. Thompson said Newsom responded by telling the California Highway Patrol to suit up in riot gear and force people off of capitol grounds. 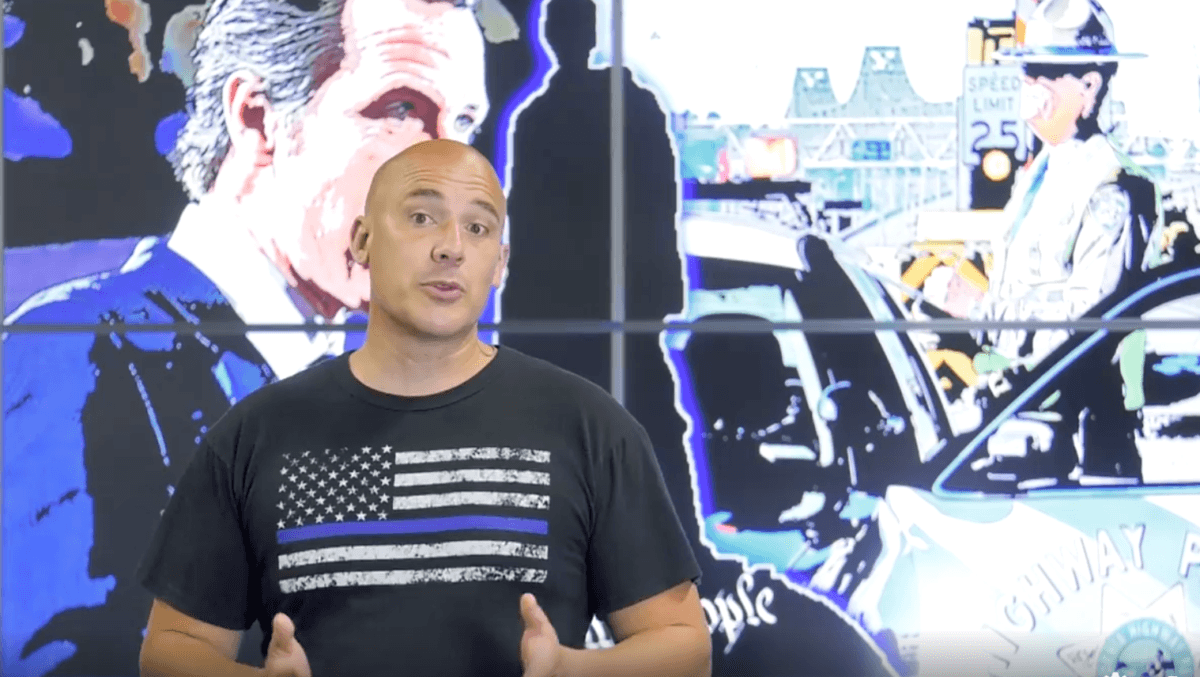 Thompson, the pastor at 412 Murrieta Church in Southern California and a chaplain for the local police, said he felt compelled to return to the state capitol on the National Day of Prayer to show his support for first responders who are only following orders. He also wanted to continue his pushback against draconian lockdown rules.

“We’re standing up for our constitutional rights,” Thompson told Breitbart News, including the rights to free speech and assembly.

Thompson said he believes people who arranged the event or spoke there were targeted for arrest.

“When they saw me, they reached out from the line, and they grabbed me and pulled me in,” Thompson said.

But, Thompson said, since one of the main tenants of Christianity is forgiveness, he wanted to return to Sacramento with other like-minded Americans to pray for the nation and to support law enforcement, whom he believes do not want to be the enforcers of Newsom’s unconstitutional mandates.

“The vast majority of police are freedom-loving Americans,” Thompson said.

“We will stand in the gap for them,” Thompson told Breitbart News.

Thompson said after his arrest and subsequent attention from the media and the public that he decided to produce a video to share his experience.

“I love law and order,” Thompson said in the video. “I love the men and women in blue.”

Thompson also said in the video that the news reporting on the rally left out how peaceful the event was, including camaraderie between participants and the police before Newsom issued the crackdown order.

“The news didn’t show you this,” Thompson said, as the camera pans over a crowd awash in red, white, and blue. “For about seven hours, you had men and women and kids show up on the state grounds.”

“They were patriotic men and women, freedom-loving Americans just like you and me, and we were there and we were hanging out and having a good time,” Thompson said, “enjoying our freedom.”

Before Newsom’s order, Thompson said the police were also having a good time and doing the job they were supposed to do.

And despite the tensions and arrests that took place, Thompson said there is really no divide between police and rally attendees.

“We are all on one side,” he stated. “We are all freedom-loving Americans, and we want to continue to have those constitutional rights.

“We want to continue to exercise our constitutional rights,” Thompson said. “We want freedom.”

Thompson slammed Newsom: “He thinks he can just strip us of our freedoms and pit us against the fine men and women in blue. And we’re not going to let that happen.”

Thompson invited people to join him and the Freedom Angels — a group he described as freedom-loving moms — wearing blue on the National Day of Prayer.

Thompson told Breitbart News that from the beginning, the coronavirus outbreak and the shutdown of most of the U.S. economy were not really about public health, but more about “leftists pushing a globalist agenda.”

Thompson also believes that President Trump is seen as a threat to that agenda and wants more than making sure people are safe and healthy.

“We are dealing with people who are anti-American and who are clearly out to get [Trump],” Thompson said.

Thompson stated that he plans to lead a worship service on the capitol grounds and honor the theme of “unity” at Thursday’s gathering.