About 100,000 mail-in ballot applications were returned as “undeliverable” in Rhode Island’s recent primary election, according to state records.

Overall, about one-in-eight mail-in ballot applications that were sent out, unsolicited, by Rhode Island state officials were returned and deemed undeliverable. This means that in the June 2 election, about 12.5 percent of the nearly 780,000 mail-in ballot applications sent to registered voters had to be sent back to state officials for being undeliverable.

In a letter to Rhode Island officials, the Public Interest Legal Foundation (PILF) is asking for more information on the 100,000 undelivered mail-in ballot applications.

“One in eight Rhode Island registrants are no longer home, according to this latest primary election,” PILF President J. Christian Adams said in a statement. “We’re probing this state’s records to make certain that voter rolls are prepared for November.”

Since 2015, Rhode Island Secretary of State Nellie Gorbea has removed more than 131,000 registrants from its voter rolls, according to Rhode Island’s Department of State spokesperson Nick Domings.

Nearly 40,000 of those removed had died while almost 15,000 were duplicate voters; about 13,600 moved out of the state, and more than 48,000 had been inactive voters for two consecutive federal elections. 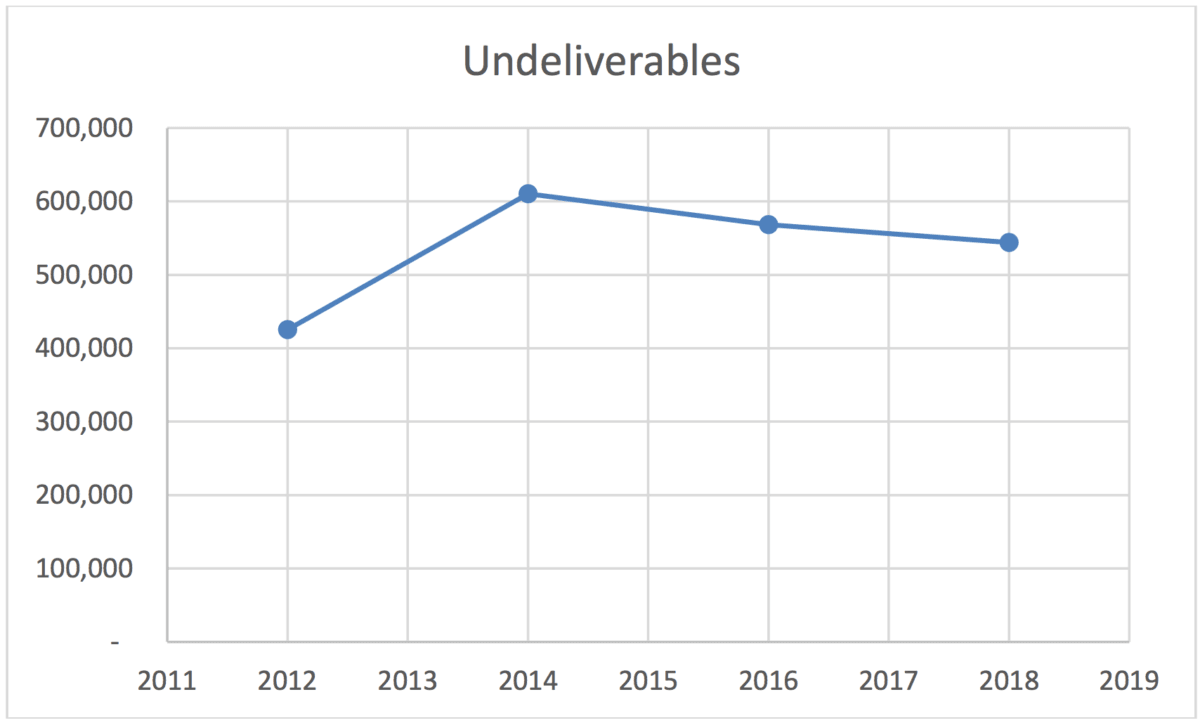 Baltimore, Maryland recently experienced issues with their predominately mail-in voting election. A number of mail-in votes were discarded and not counted as a result of an election error. Likewise, Pittsburgh, Pennsylvania, officials admitted that duplicate ballots were mailed out to registered voters.

Editor’s Note: This story has been updated to reflect that 100,000 mail-in ballot applications (not actual ballots) were returned as undeliverable and to include that Rhode Island has worked to clean up its voter rolls since 2015.