Chad Wolf, acting secretary of the Department of Homeland Security, hit back at a press conference in DHS headquarters in Washington, D.C. on Tuesday against media reports that the Trump administration has sent anonymous, military-style forces into Portland, Oregon, where violent riots have taken place nightly for weeks. Wolf vowed, “we will not retreat.”

What started in cities across America as a response to the death of George Floyd, a black man who died in police custody in May, has devolved in Portland to what Wolf said are criminal activities that have taken place for 52 nights and counting.

“Let me reiterate that the department fully supports those who wish to peacefully protest,” Wolf said. “These individuals are organized with one mission in mind. To burn down or cause extreme damage to the federal courthouse and federal law enforcement officers.”

Wolf said that the deployment of extra federal law enforcement agents from Immigration and Customs Enforcement (ICE) and Customs and Border Protection (CBP) is in keeping with federal law that goes back “decades.”

“We are charged with protecting federal facilities across the country,” Wolf said. 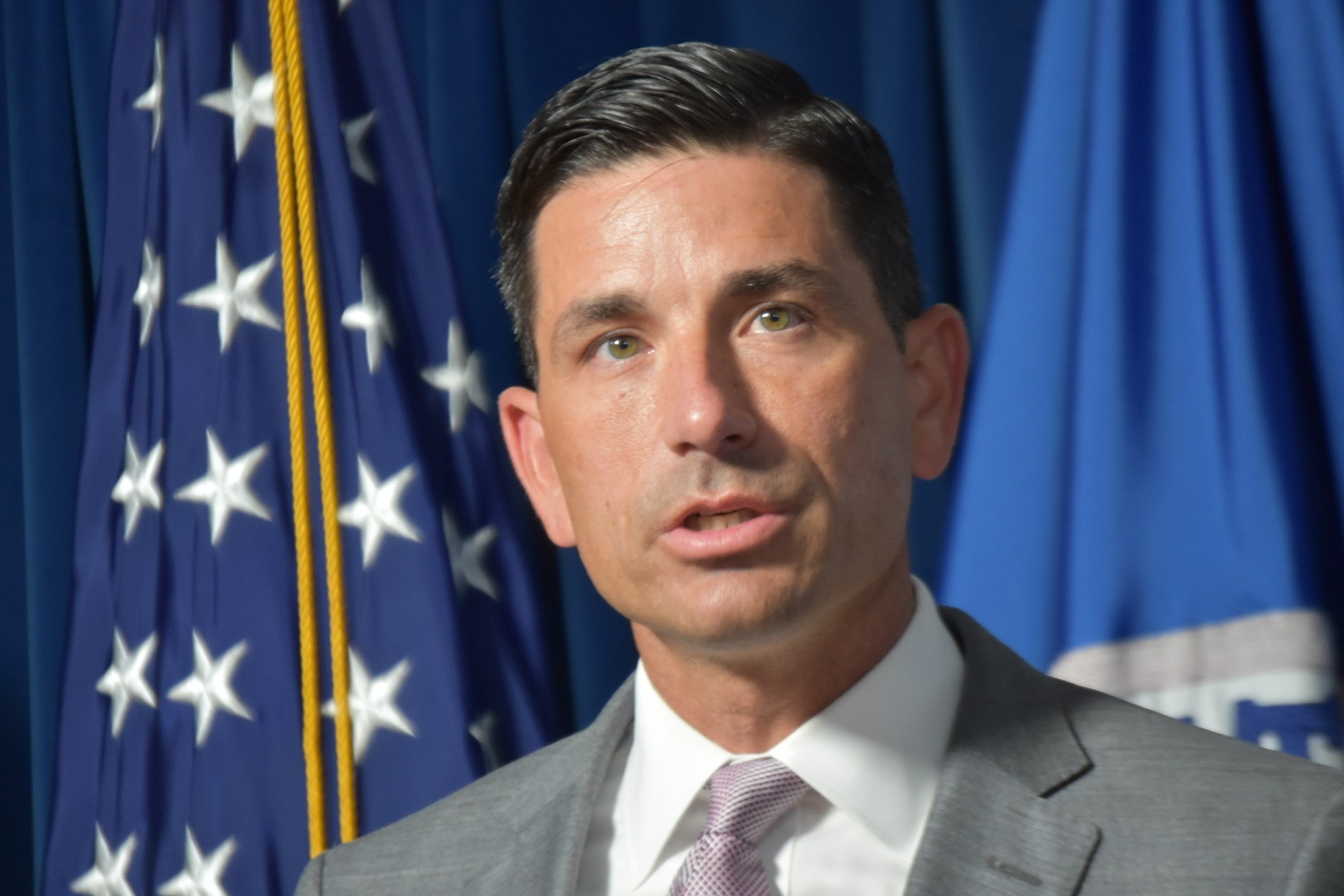 Chad Wolf, acting secretary of the Department of Homeland Security, hit back on fake news reports about federal law enforcement efforts to quell violence in Portland, Oregon, at a press conference on Tuesday in D.C. (Penny Starr/Breitbart News)

“We will not shrink from our duty because of this violence,” Wolf said.

Wolf and Mark Morgan, chief operating officer and senior official performing the duties of the Commissioner of CBP, also rebuked press and pundit reports that the federal officers were operating without identification. He brought uniforms to show reporters how they boldly state the officer is with police. Wolf said:

These police officers are not stormtroopers. They are not the Gestapo, as some have described them. That description is offensive, it’s hyperbolic and dishonest. Every law enforcement officer and every reasonable American knows this.

“The mayor of Portland recently stated that the federal government is to blame for this violence,” Wolf said. “Rational people know that is not true.”

“My message is very simple,” Wolf said. “If you are looking to peacefully protest in Portland, the department respects your right to do so.”

“We will not retreat,” Wolf said. “We will continue to take the appropriate action to protect our facilities and our law enforcement officers.”

Wolf also asked the press not to “glamorize anarchists” in their reporting.