Dr. Melina Abdullah, co-founder of Black Lives Matter L.A., was a featured speaker at the event on “reimagining public safety,” which featured a panel of left-wing activists and academics.

“When we came here we talked about reimagining public safety,” Abdullah said on the Zoom call. “I think some of these questions indicate that the conversation is much bigger than that.”

“We’re talking about how do we dismantle white supremacy,” Abdullah said.

Bonin, a Democrat, had announced the event on social media, and invited people to join by watching the livestream and asking questions.

Tonight at 7pm, join @BLMLA and #PeoplesBudgetLA for a presentation on "reimagining public safety" in LA. Glad to bring this forum to you in partnership with @LA_Voice and #HealthyLA. You can tune in on FB Live: https://t.co/ZE9pABzKD7 pic.twitter.com/jsgTgGHkbT

At one point, Costello read questions from the audience, which included a query about whether police should be called to deal with violent homeless people.

Abdullah could barely contain her contempt, calling such questions “A-hole questions” and condemning the west side of Los Angeles. Other activists on the call celebrated and applauded.

Abdullah and others at the meeting shared slides to highlight their “accomplishments,” including a $150 million cut to the Los Angeles Police Department budget. 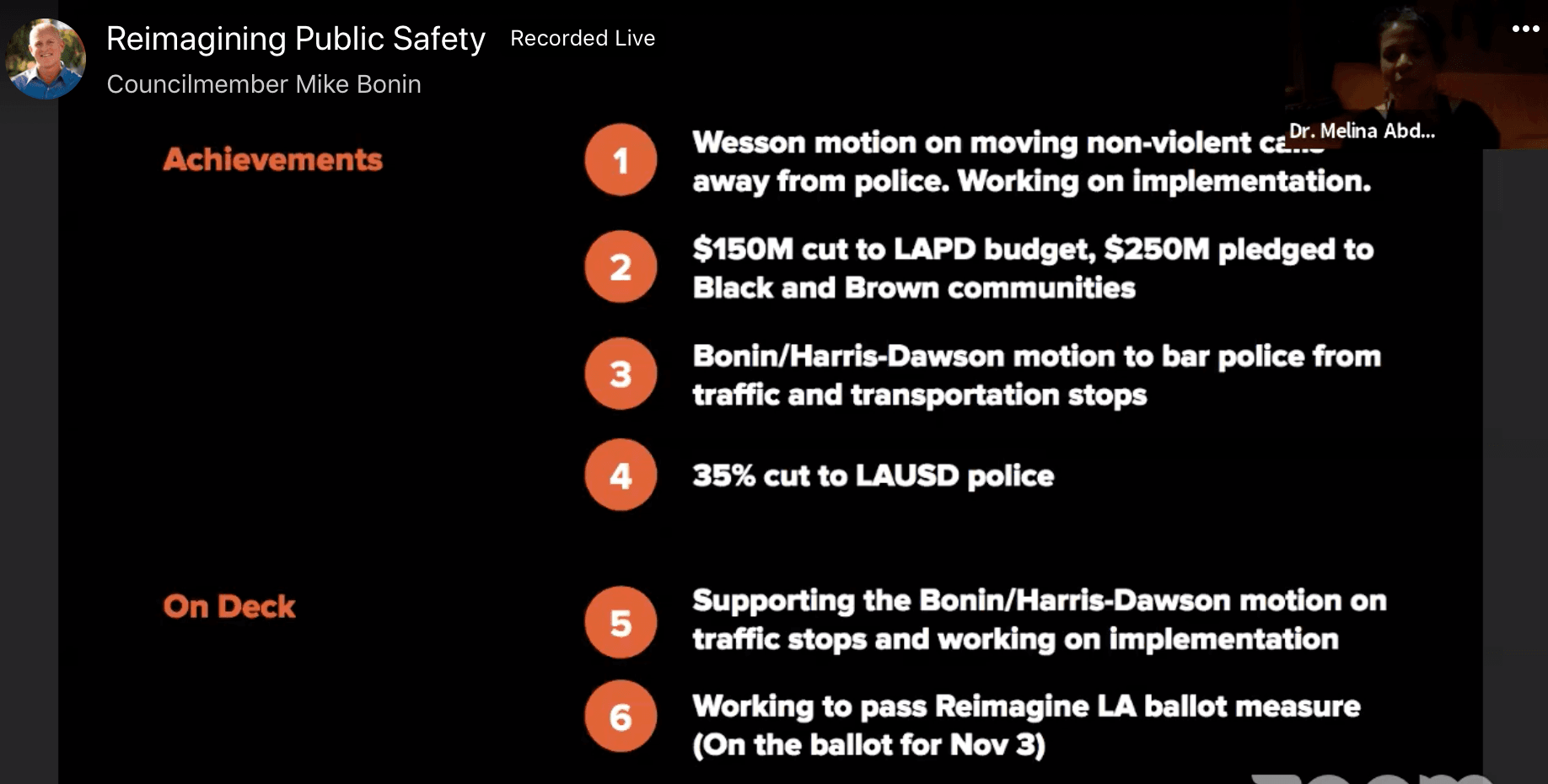 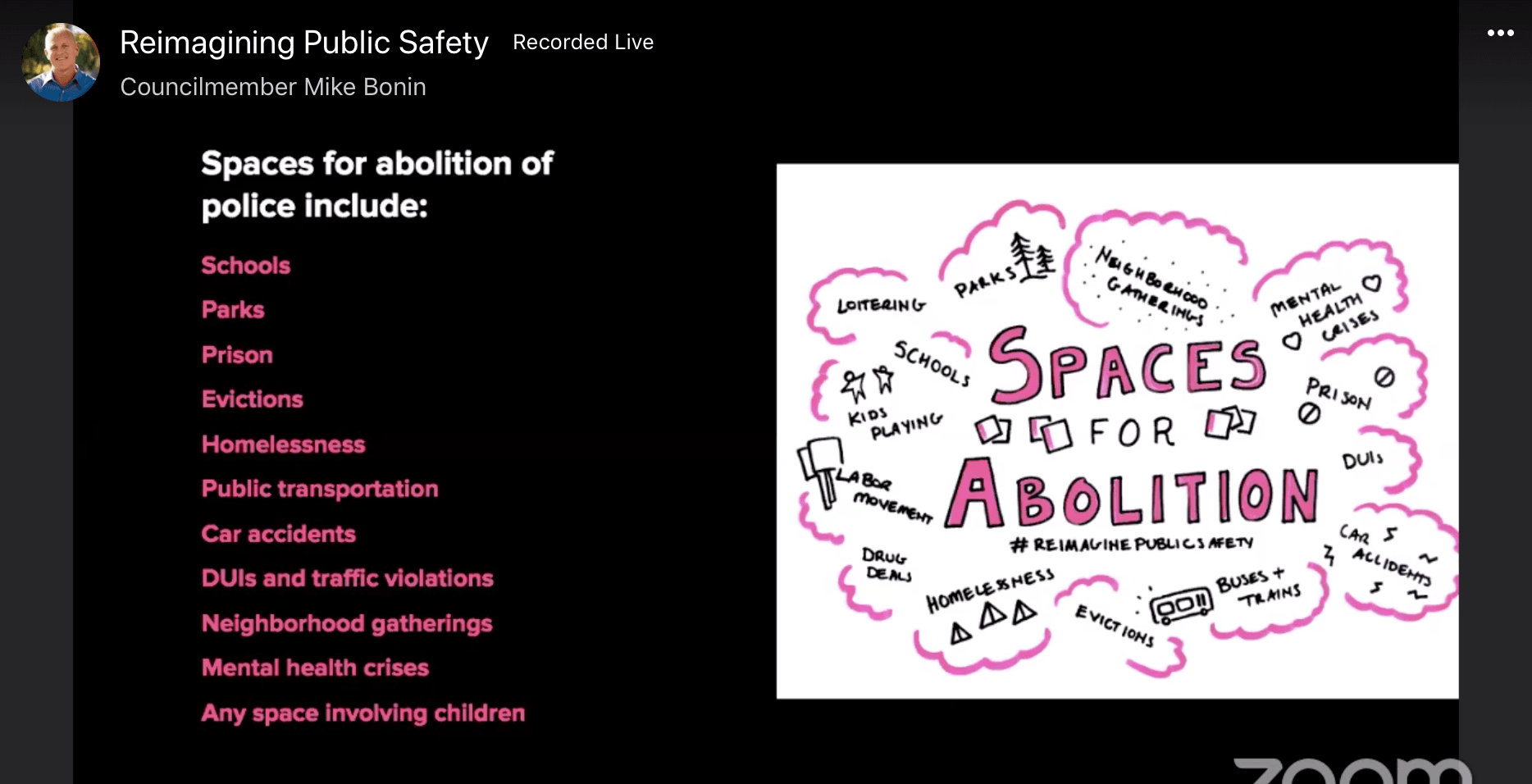 A list of “non-violent calls” that would not require a police response included shoplifting, loitering, substance abuse, welfare checks, traffic violations, domestic abuse, “caring for rape victims,” “de-escalation of a situation,” police reports for property crime, concerns about street vendors, noise complaints and parties, neighborhood gatherings, mental heath and health crises, “small-scale economic crimes like the one that catalyzed the murder of George Floyd,” and “anything related to children or schools.”

In his closing remarks, Bonin said people are “waking up to a new understanding of the impacts of systemic racism in this country.”