A group of white rioters in Portland, Oregon, confronted a black female driver on the streets and attempted to stop her from driving through as “protests” continued late Sunday night into early Monday morning.

The scene, captured by filmmaker Brendan Gutenschwager, was a tense one, and occurred on a night when rioters marched on a community policing precinct and shouted, “Burn it down!” According to Portland police, they set fire to mattresses and other debris in the street before the fire department was able to extinguish the flames.

The rioters then began blocking the street, leading to several tense exchanges. 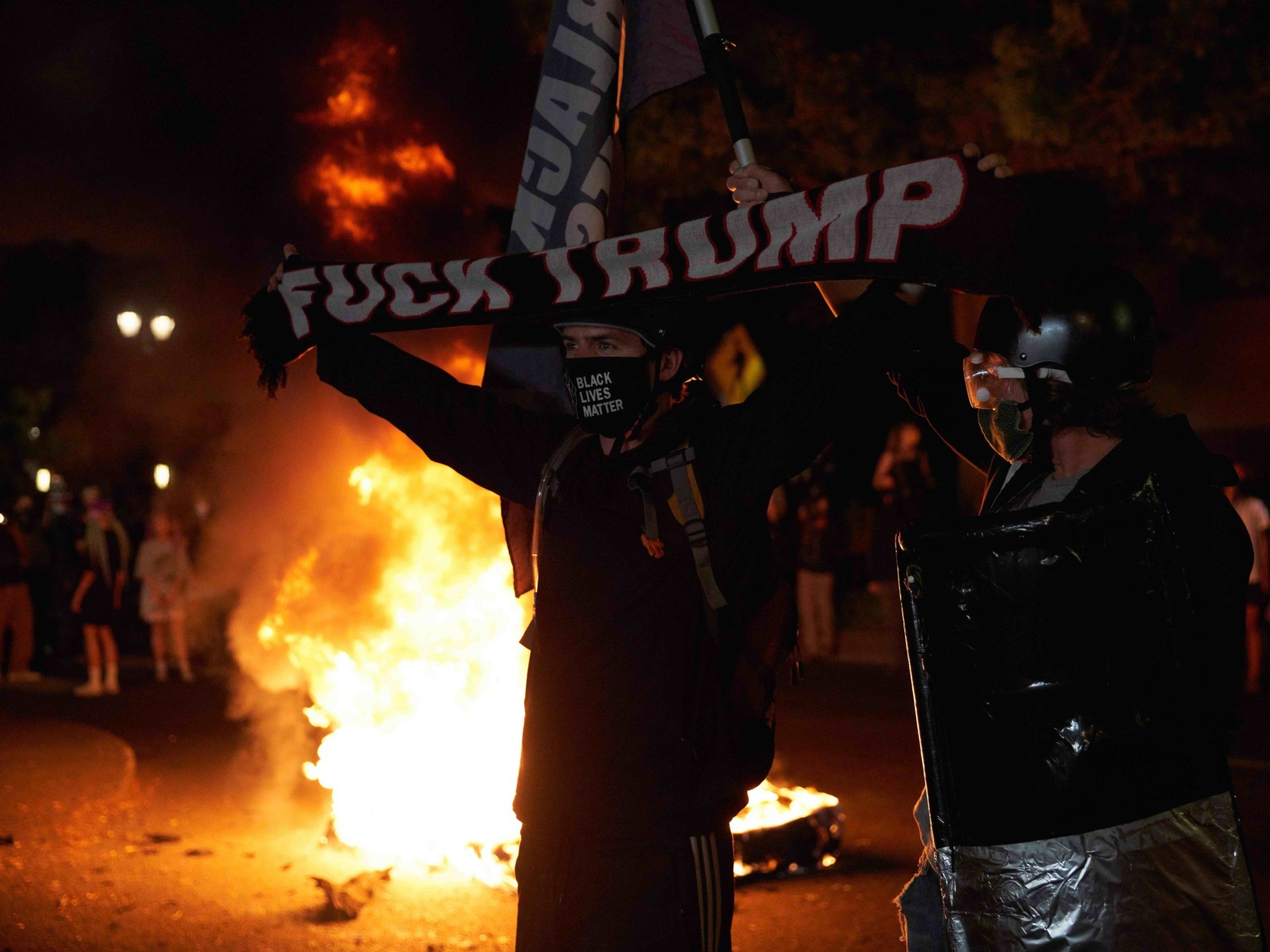 Protestor hold an anti-Trump sign as mattresses are set on fire in front of the North Precinct Police building in Portland, Oregon on September 6, 2020. – Protestors are marching for an end to racial inequality and police violence. Aaron Danielson, 39, a supporter of a far-right group called Patriot Prayer, was fatally shot August 29, 2020, in Portland, Oregon after he joined pro-Trump supporters who descended on the western US city, sparking confrontations with Black Lives Matter counter-protesters. (Photo by Allison Dinner / AFP) (Photo by ALLISON DINNER/AFP via Getty Images)

In a confrontation captured on camera, a black female drive motions to the crowd of predominantly white rioters and shouts: “Move. … Get out of my way. … You’re setting fires in the street? That’s violence.”

The rioters shout back: “Turn around! … I think you don’t know what you’re talking about.”

A black man arrives to mediate, and she complains that the rioters called her a “n***** bitch.” Eventually, after his intervention, the rioters part to allow her to pass through.

“You’re setting fires in the streets? No, that’s violence. That’s violent. Get out of my way” A woman demands to be let through the street, which protesters have blockaded near the precinct #Portland #PortlandProtests pic.twitter.com/wAiZfJcotf

That was not the only confrontation with rioters. Another black female driver shouted at the crowd: “Make sure you clean up when you’re done.”

“I’m tired of y’all walking around this city” Another woman drove into the crowd earlier, got out of her car and confronted protesters #PortlandProtests #Portland pic.twitter.com/C4pOG84AXB

There were several arrests.

Elsewhere, “Black Lives Matter” protests continued in other cities. In Rochester, New York, local clergy stood in between police and protesters, leading to a more peaceful evening with no arrests after three consecutive nights of rioting.