Former Vice President Joe Biden’s campaign is still running negative ads on Facebook despite several reports on Friday that it would stop negative ads about the president while he is fighting coronavirus.

“Joe Biden and Kamala Harris will restore our nation’s sanity, humanity, and global leadership,” a Biden supporter says in a Facebook video. “America will really be great again when Trump is purged from our lives.” 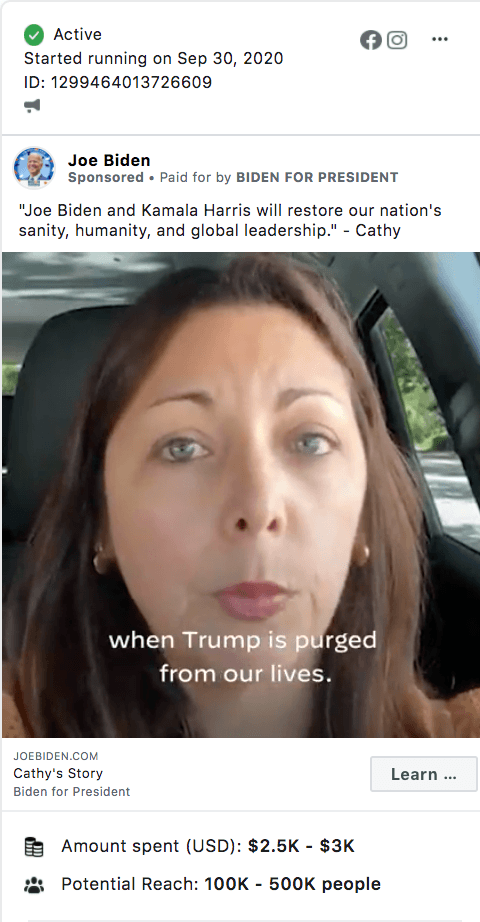 The ad started running on Wednesday and remains active on Facebook.

The Biden campaign has reportedly pulled down some of its more overtly negative ads against Trump on Facebook, but some of them remain live.

One negative ad warns that Trump and Judge Amy Coney Barrett would take away America’s health care if the Supreme Court rules against Obamacare.

“I can’t afford to do that, my life is on the line,” a Biden supporter warns in a video.

One Biden supporter featured in an ad says Trump only cares about people “who shower him with praise” while Biden cares about “all Americans.”

Another ad features a Biden supporter saying that things will only go back to normal if President Trump is out of office.

“We need to get back to some sense of normality and President Trump winning re-election is not gonna get us there any time soon,” he says.