Dr. Jill Biden, the wife of Democratic presidential candidate Joe Biden, campaigned in the Twin Cities on Saturday, making stops in St. Paul and speaking to supporters in Minneapolis.

Drawing what one outlet described as “a small, but energized crowd of women deemed ‘Women for Biden,'” at her last stop, Biden appeared happy to appear in her husband’s stead while pushing his political agenda.

The dozen or so supporters were kept at a distance by standing inside hula hoops placed at six-foot intervals to hear her speak. 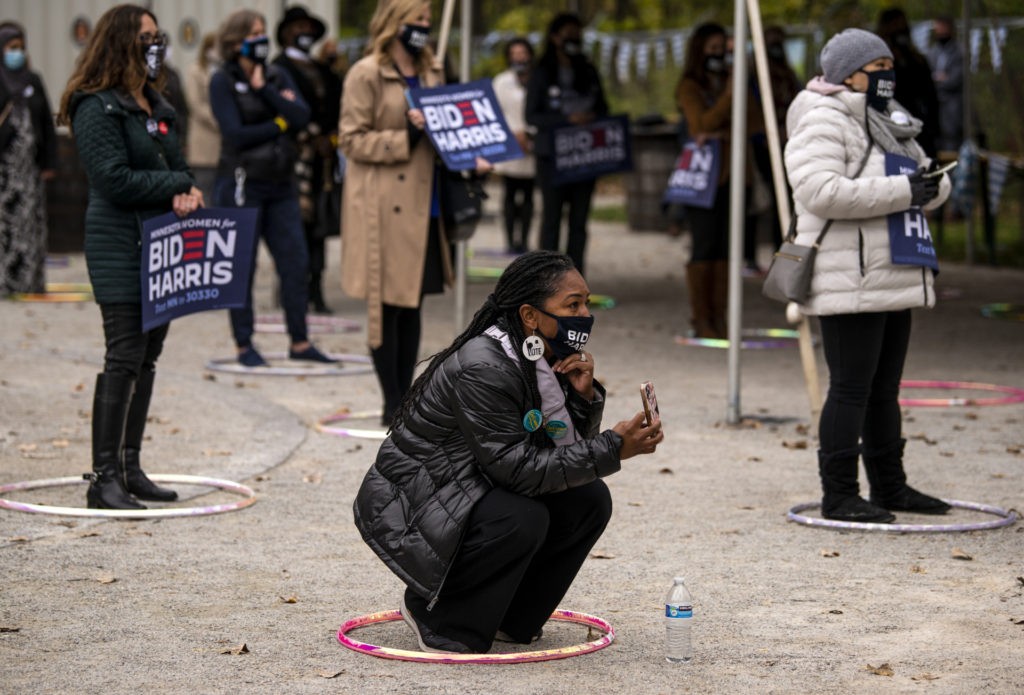 She did not take questions from guests, nor did she entertain questions from the media during her public appearance, which began about 2 p.m. and ended some three hours later, the StarTribune reports.

Strict social distancing measures were kept at all times, as was the wearing of masks for personal protection. 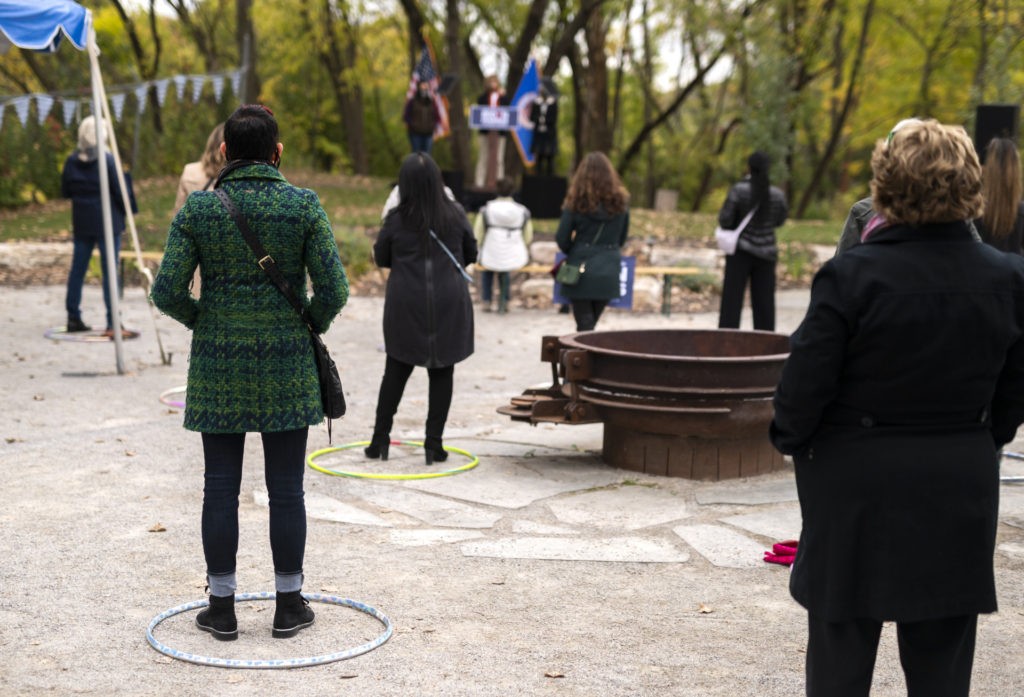 “Joe has spent his entire career listening and bringing people together,” Biden said at the last event at Utepils Brewery. “He will be a president for all Americans.”

The StarTribune reported she commended Minnesota’s female politicians for breaking barriers, including Sen. Amy Klobuchar, wished President Donald Trump and First Lady Melania Trump a “quick and full” recovery from COVID-19 and claimed the pandemic has plunged the entire country into “chaos” and wrapped Americans in a “magnitude of loss.”