Delaware lost its only auto plants while Democrat presidential candidate Joe Biden was in the United States Senate, representing the state, and serving as vice president in the Obama administration.

During a speech in Toledo, Ohio, on Monday, Biden mentioned how Chrysler and General Motors (GM) plants in Delaware had closed after the state had once been a leader in American auto manufacturing. Biden said:

My state used to have the largest percentage of automotive workers of any state in the nation because we had a small population and the largest General Motors and the largest Chrysler plant outside of Michigan and Ohio. And I saw, I saw what happened when we got hit very hard. We lost both those plants.

Unmentioned in the speech was Biden’s direct role in each of the plant closures.

“Chrysler expects to sell 5,000 more cars to Mexico from their Newark, DE, plant by the end of the decade,” Biden said. “Without NAFTA, Chrysler will have to manufacture more cars in Mexico to meet the requirements of pre-NAFTA laws.” 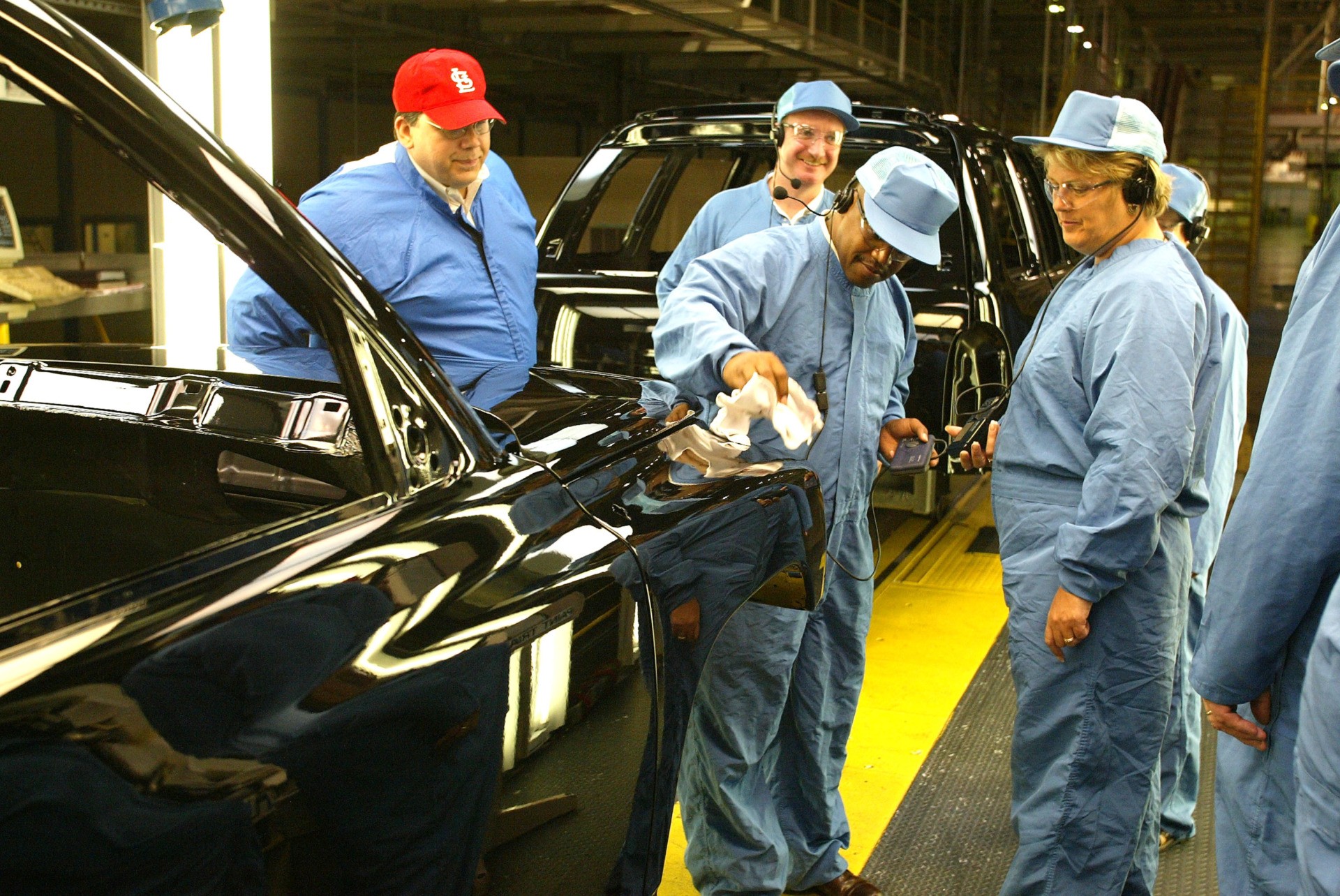 With Biden’s support, NAFTA was passed in 1994 and ultimately led to the elimination of five million American manufacturing jobs and 55,000 manufacturing plants.

Just 13 years later, in 2007, executives at the Newark Chrysler plant announced its closure, and between 700 to 1,100 American workers were laid off by 2009. The University of Delaware has since purchased the site and demolished much of the plant to expand its campus.

In July 2009, GM shuttered its plant in Wilmington, Delaware, laying off nearly 600 American workers. At its peak in the mid-1980s, the plant employed about 5,200 Americans.

Biden’s deal with Fisker Automotive meant that the automaker would secure a nearly $530 million conditional loan from the Department of Energy, nearly $360 million of which would go toward reopening and retooling Wilmington Assembly. Delaware state officials also showered Fisker Automotive with a more than $20 million loan in taxpayer money to revive the old GM plant in Wilmington.

The plan, though, never came to fruition as financial issues plagued Fisker Automotive.

In February 2014, Fisker Automotive was acquired at a bankruptcy auction for almost $150 million by the China-based Wanxiang Group Corporation. Wanxiang was named in a federal trade report where U.S. Trade Representative Robert Lighthizer clarified Wanziang’s close ties to the Chinese communist government.