“Did you see him today with the glasses?” Trump asked at a campaign rally in Florida. “The whole deal, right? You know? So you don’t see the bad surgery? He put on those, what did they call them aviators? But they’re too small, they gotta be bigger right?”

Cosmetic surgeons estimate Biden had a facelift before he launched his 2020 presidential campaign, tightening the wrinkles out of his face, but leaving some scars behind. 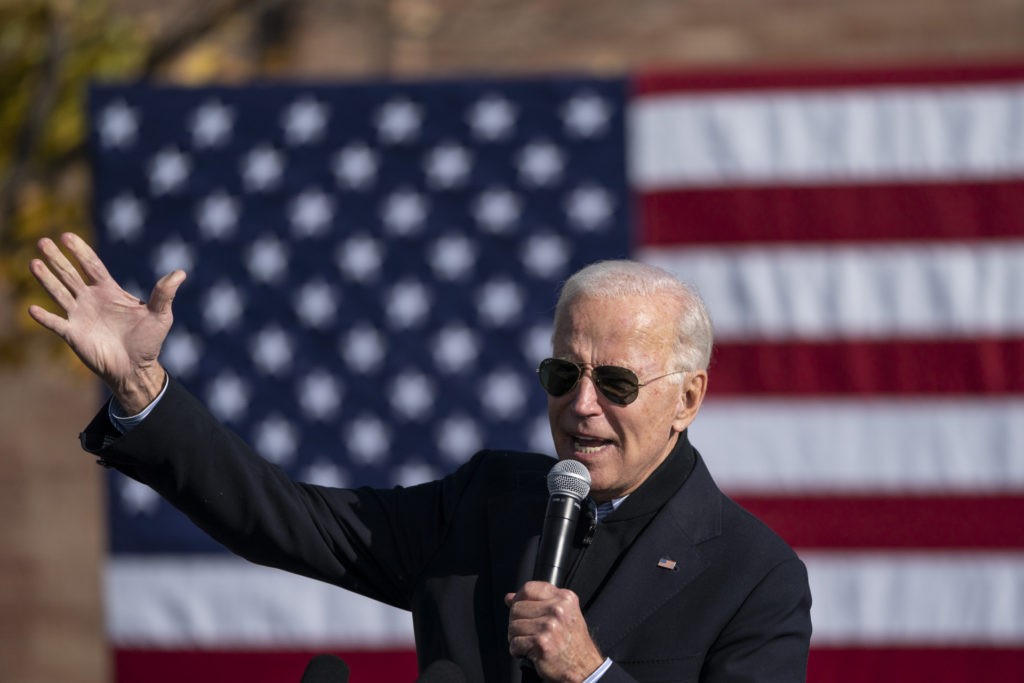 “Honestly, what the hell did he spend all that money on the plastic surgery if he’s going to cover it up with a mask?” Trump asked during a rally with supporters in Moon Township, Pennsylvania.

But Trump pointed out Biden’s recent behavior at rallies.

“He’s very agitated, so angry, everything is screaming and shouting he’s like crazy,”

“No, I wish we were in high school. I could take him behind the gym. That’s what I wish,” Biden said.

“Of all the people in the world that I could fight that’s probably the one I would like to most fight. Those legs, they’ve gotten very thin, not a lot of base,” Trump said as the crowd cheered “Creepy Joe!”

Trump recalled Biden brought up the time when he said he would like to take Trump behind the barn for a fight at a recent rally, but that the press said nothing.

“If I ever said I’d like to take him out behind the barn and beat the crap out of him, you know what they would say? ‘Our president is inciting evil,'” Trump said as the crowd laughed.