Thousands of people in 16 California cities took to the streets on Saturday to protest Gov. Gavin Newsom’s curfew order requiring people to stay at home after 10 p.m. Carrying Trump/Pence flags and “Open up California” banners, the crowds began to gather at 10:01 p.m., including in Huntington Beach and San Clemente.

“Governor Newsom’s sweeping edicts by moving 95 percent of California to purple tier and a curfew is an abuse of power,” Syndie Ly, who helped organize the protest and was on the ground in San Clemente, told Breitbart News. “We are all responsible adults so we can make our individual choices.”

“This movement is about us rising up for our freedom and against Governor Newsom’s overreaching edicts,” Ly said.

“This is tyrannical and government overreach on behalf of Gavin Newsom and other Democrat governors. The American people, as well as citizens of other countries need to stand up against this,” Nancy Vu-Kerr, who took part in the Huntington Beach protest, told Breitbart News. “Our freedoms are truly at risk and all we need to do is look at the history of my mother country of Vietnam, and other countries of Venezuela, Cuba, Iran and others.”

“We, as citizens, should be responsible, but we shouldn’t be so fearful that we live in a bubble and lose our personal liberties,” Taylor said.

“The event last night was over 1,000 patriots pushing back against the undeclared “martial law” coming from Gavin Newsom, who had the audacity to declare all Californians be indoors by 10 p.m,” Brown said, “Well guess what?  We will NOT play in his sandbox anymore.”

“If you are a free American join us for a clear act of defiance against Newsom’s 10 p.m. stay at home order, “ the flyers for each protest said.

The flyers said some of the protests will include a “mask defiance ceremony” and in Santa Barbara a “mask burning” was planned.

As Breitbart News reported, every county sheriff in the Los Angeles region has said they will not enforce the curfew. 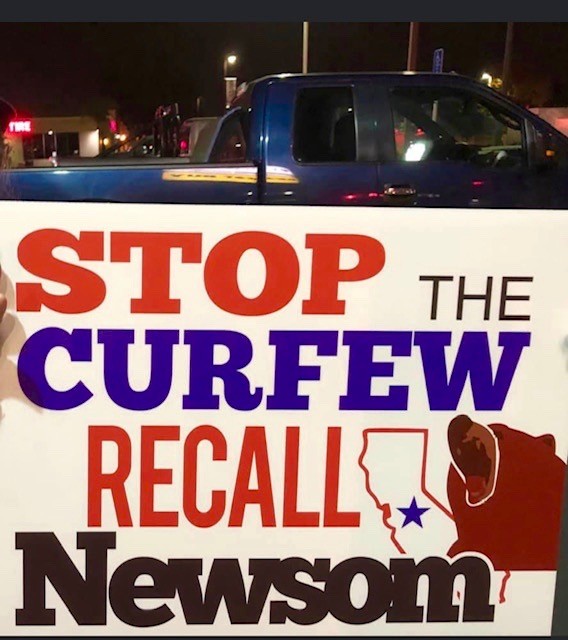