Former Vice President Joe Biden (D) on Wednesday struggled to defend his decision to nominate Army Gen. (Ret.) Lloyd Austin as his defense secretary, amid rising opposition from Senate Democrats at the prospect of another retired general at the helm of the Defense Department.

In order to get Austin confirmed, Congress would have to grant Austin a waiver from a law that requires a defense secretary be out of uniform for at least seven years, aimed at upholding the principle of civilian leadership of the armed forces.

The waiver has only been granted twice in history.

Once for Army Gen. (Ret.) George Marshall, and more recently for Marine Gen. (Ret.) James Mattis. However, 17 Senate Democrats opposed a waiver for Mattis, arguing it undermined the principle of civilian leadership of the Pentagon, and many Democrats and Never Trumpers criticized Trump for appointing Mattis and other retired generals to senior civilian positions in his administration.

During a live-stream event introducing Austin, Biden seemed to go back and forth between touting Austin’s military service and recognizing the importance of civilian leadership of the Pentagon. 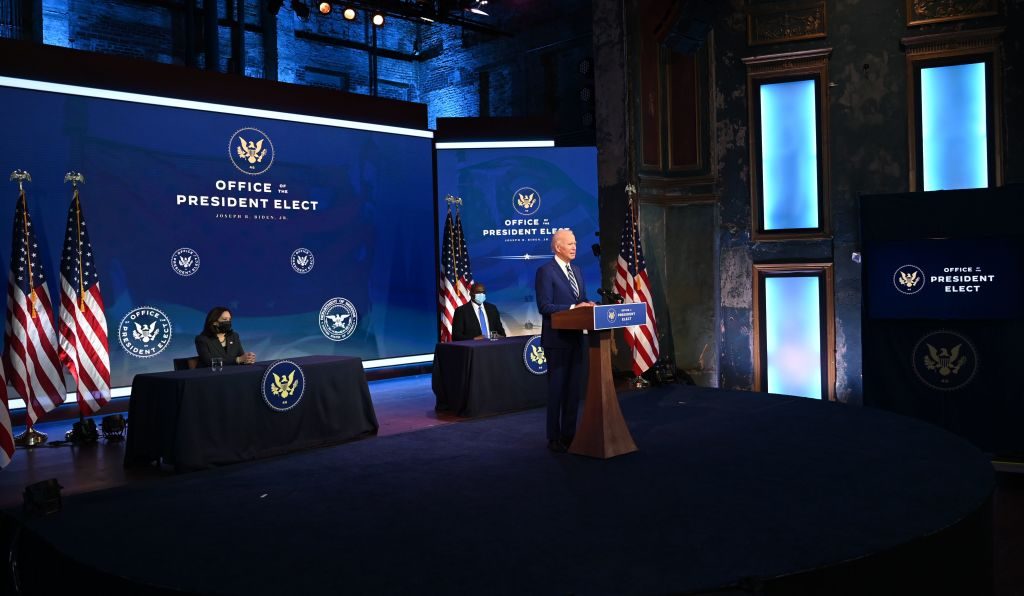 Biden said there was a “good reason” for the law that he “fully” understood and respected, but added he would not be asking for the waiver if he did not believe the “moment” in history called for it.

He then criticized President Donald Trump for putting the “civilian military dynamic” under “great stress in the past four years” and argued Austin would work “tirelessly” to get it back on track — but then went back to praising Austin’s service on the battlefield.

I have personally worked with this man. I’ve seen him lead American fighting forces on the field of battle. I’ve also watched him faithfully carry out the orders of the civilian leadership of this nation. There’s no doubt in my mind not any doubt whatsoever whether this nominee will honor and respect and on a day to day basis breathe life into the preeminent principle of civilian leadership over military matters in our nation.

Biden also called Austin “General” no fewer than 12 times — something Democrats had criticized Trump for doing with Mattis and others.

In addition, Biden used military cliches when describing Austin, including as “cool under fire” and a “soldier’s leader.” He thanked Austin’s family for “once again” sharing him with the country.

Sen. Kamala Harris (D-CA), who also spoke at the live-stream event, also called Austin “General” three times and praised him as “a seasoned, highly decorated, and trailblazing commander.” She said with this nomination, Austin would “continue his service.”

Biden, Austin, and Harris did not take questions, even as some journalists shouted out questions about the waiver.

Biden’s decision to choose a retired general was despite the 2020 Democratic Party platform vowing to end the Trump’s “distortion of civilian and military roles in decision-making.”

It is the hypocrisy of Biden’s pick that has an increasing number of Democrats wary.

Already, four Senate Democrats have indicated they will vote against a waiver, according to Axios.

Several other senators stopped short of opposing the waiver, but indicated they are uncomfortable with supporting one.

Sen. Jack Reed (RI), the top Democrat on the influential Senate Armed Services Committee, said, “the preference would be for someone who is not recently retired.”

Sen. Tim Kaine (VA), another Democrat member of the committee said he had “great respect for General Austin’s leadership of CENTCOM and his deep experience with military operations,” but plans to “to closely evaluate the implications for waiving the National Security Act requirement twice in just four years.”

With four Democrat senators already opposing a waiver for Austin, even if Democrats win both Senate seats in Georgia for a 50-50 Democrat-Republican split in the Senate, Biden would need help from at least four Republican senators to pass a waiver to allow Austin to serve.

The picture is even worse if Democrats lose in Georgia. Biden would need at least six Republican senators to support a waiver for Austin.

Biden’s team has already begun outreach to Republican senators, but with the results of the election not yet official and Republicans eager to flex their muscles against Biden picks, Republican support could be difficult to come by, particularly given the partisanship from Democrats during the Trump administration.

Sen. Tom Cotton (R-AR), an Army veteran and a close Trump administration ally, tweeted out Tuesday his concern with Austin’s lack of experience in the Asia Pacific.

He tweeted out Biden’s op-ed in the Atlantic explaining why he had chosen Austin and highlighted that mention of China — the nation’s top national security threat — was nowhere to be found.

For his part, Austin — who would be the first black defense secretary if confirmed — vowed to come to the role as a “civilian leader.”

“I come to this role this new role as a civilian leader, with military experience to be sure, but also with a deep appreciation and reverence for the prevailing wisdom of civilian control of our military,” he said.

“I recognize that being a member of the president’s cabinet requires a different perspective and unique responsibilities from a career in uniform. And I intend to keep this at the forefront of my mind. And I look forward to surrounding myself with experience capable civilian appointees and career civil servants to enable healthy civil military relations grounded in meaningful civilian oversight,” he said.