President Donald Trump bid farewell to staff and supporters Wednesday, leaving Washington, DC, for the last time as president aboard Air Force One.

“Goodbye. I love you. We’ll be back in some form,” Trump said as he concluded his remarks, noting “I will be watching. I will be listening” as a new administration took office.

The crowd of roughly 500 people shouted “U.S.A” and “We Love You” and “Thank you Trump” after the president took the stage and spoke. He also received a 21 gun salute from the military.

“You are amazing people. This is a great, great country. This is my greatest honor and privilege to be your president,” Trump said.

The president predicted success for president-elect Joe Biden and Vice President-elect Kamala Harris (without naming them) noting the strength of the country he was leaving behind. 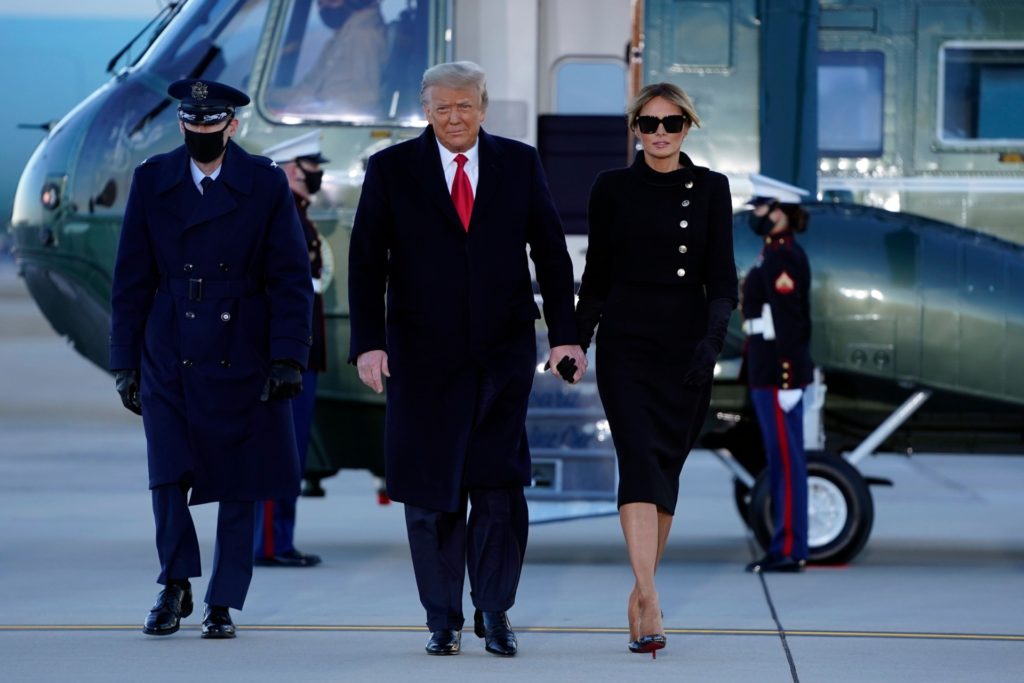 “I wish the new administration great love and great success. I think they’ll have great success. They have the foundation to something really spectacular,” he said, adding, “Remember us when you see these things happening.”

The president also said he hoped that Biden’s administration would not raise taxes.

“I hope they don’t raise your taxes, but if they do, I told you so,” he said.

Trump’s family Eric Trump, Lara Trump, Mark Meadows, and his wife, Don Jr. and Kimberly, Ivanka, Jared and their children, Tiffany and her fiancé Michael Boulos, were present as well as close staffers such as Stephen Miller and Dan Scavino.

The president thanked his family and staff, and friends present.

“What we’ve done has been amazing by any standard,” Trump said, looking back at his success and added. “We were not a regular administration.”