Republican voters are more concerned about illegal immigration to the United States than any other issue, including the economic damage caused by the Chinese coronavirus crisis, a new survey reveals.

A survey by Echelon Insights finds that above all other issues, illegal immigration concerns Republican voters the most.

The two issues, along with higher taxes on the middle class and liberal bias in the establishment media, are more concerning to Republican voters than even the economic damage spurred by the coronavirus crisis. 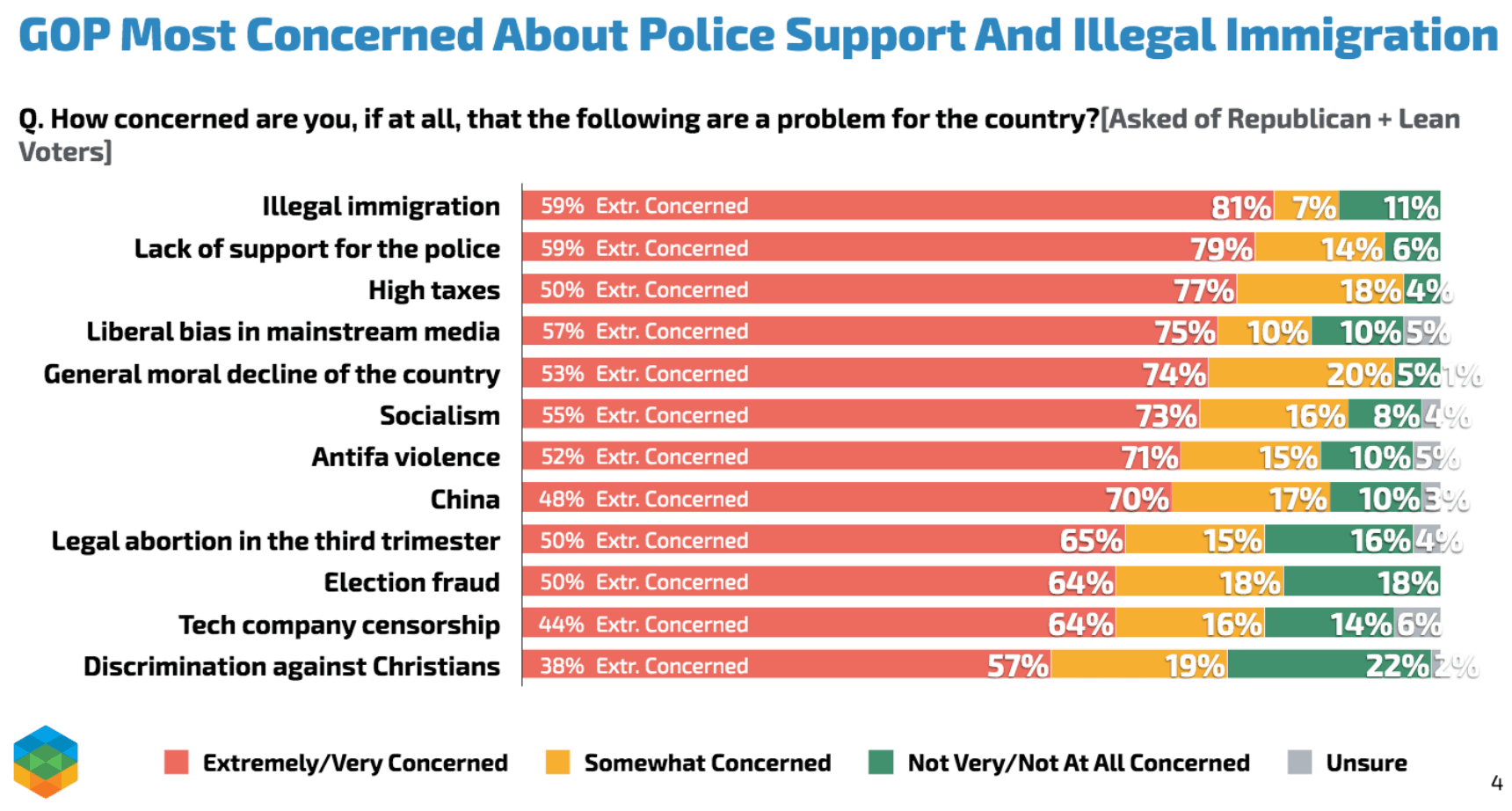 The results have been a surge of illegal immigration at the southern border, amounting to a nearly 160 percent increase in border apprehensions compared to last year, and mass releases of border crossers into the U.S. interior without coronavirus testing requirements.

Likewise, Biden has issued memos that have dismantled interior immigration enforcement. The policies are likely to prevent 9-in-10 deportations of illegal aliens, creating a “sanctuary country” policy that shields most illegal aliens from arrest.

The Biden administration’s latest measure includes flying border crossers into the U.S. interior to undisclosed American cities where they are unlikely to be deported even if they are found to have an illegitimate asylum claim.