Sen. Joe Manchin (D-WV) said Thursday he supports the advancement of the budget resolution, which serves as the Democrat vehicle for their $3.5 trillion “infrastructure” bill.

To get budget reconciliation plan through the Senate, both chambers must adopt a budget resolution first.

To get resolution adopted, all 50 Senate Dems need to vote for it.

Today Manchin told me: "We should move forward with the budget resolution."
He's undecided on price tag pic.twitter.com/XhkVH2eA2O

Senate Democrats need 50 votes to pass the budget resolution, which serves as the legislative vehicle for the Democrats’ $3.5 trillion reconciliation “infrastructure” package. Democrats need to first pass the budget resolution, and then use budgetary reconciliation to pass their infrastructure bill, which focuses more on welfare benefits and climate change carveouts.

Democrats conceivably only have one obstacle to obtain their 50-vote majority for the budget resolution — Sen. Kyrsten Sinema (D-AZ).

After Senate Republicans and Democrats struck a deal on her and Manchin’s bipartisan deal, Sinema released a statement that she opposes the $3.5 trillion bill.

“I have also made clear that while I will support beginning this process, I do not support a bill that costs $3.5 trillion — and in the coming months, I will work in good faith to develop this legislation with my colleagues and the administration to strengthen Arizona’s economy and help Arizona’s everyday families get ahead,” Sinema said. 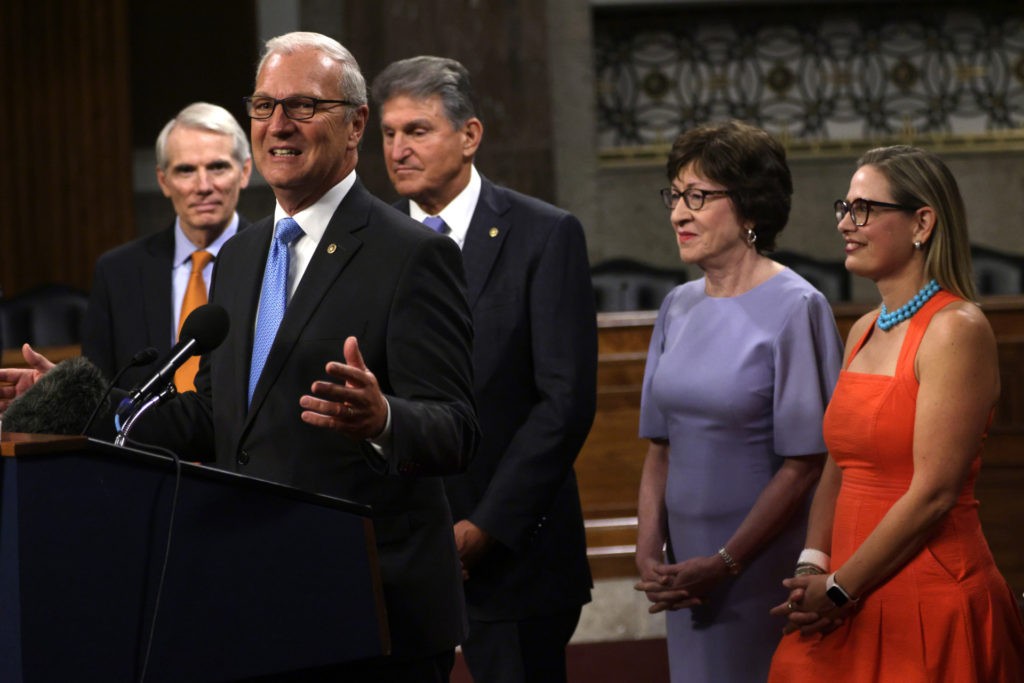 “While bringing both parties together can seem impossible these days, Arizonans elected me to do the hard work,” she said. “Our historic legislation would make the strongest investment in America’s critical infrastructure in a century — creating Arizona jobs, expanding economic opportunities for our state, securing our water future, and protecting our communities from wildfires.”

Sinema bucking her own party leadership serves as the latest instance of her emulating the late Sen. John McCain (R-AZ), who she calls her “personal hero.”