President Joe Biden tried again to signal that he was supportive of freedom protesters in Cuba on Friday, despite weeks of tacit acknowledgment of the struggle against the communist regime.

“I want the Cuban Americans to know, that we all around this table, myself included, see your pain, we hear your voices, we hear the cries of freedom coming from the island,” he said.

Biden announced a new set of sanctions against the Revolutionary National Police in Cuba, including the chief and deputy chief of the force.

“The United States is going to continue to stand with the Cuban people who have suffered decades under a failed communist regime,” he said.

Biden met with a handful of Cuban-Americans at the White House including celebrity musicians Emilio Estefan, Yotuel Romero, and playwright Carmen Pelaez. Other attendees at the meeting included Democrat officials such as Manny Diaz, the chair of the Florida Democratic party. 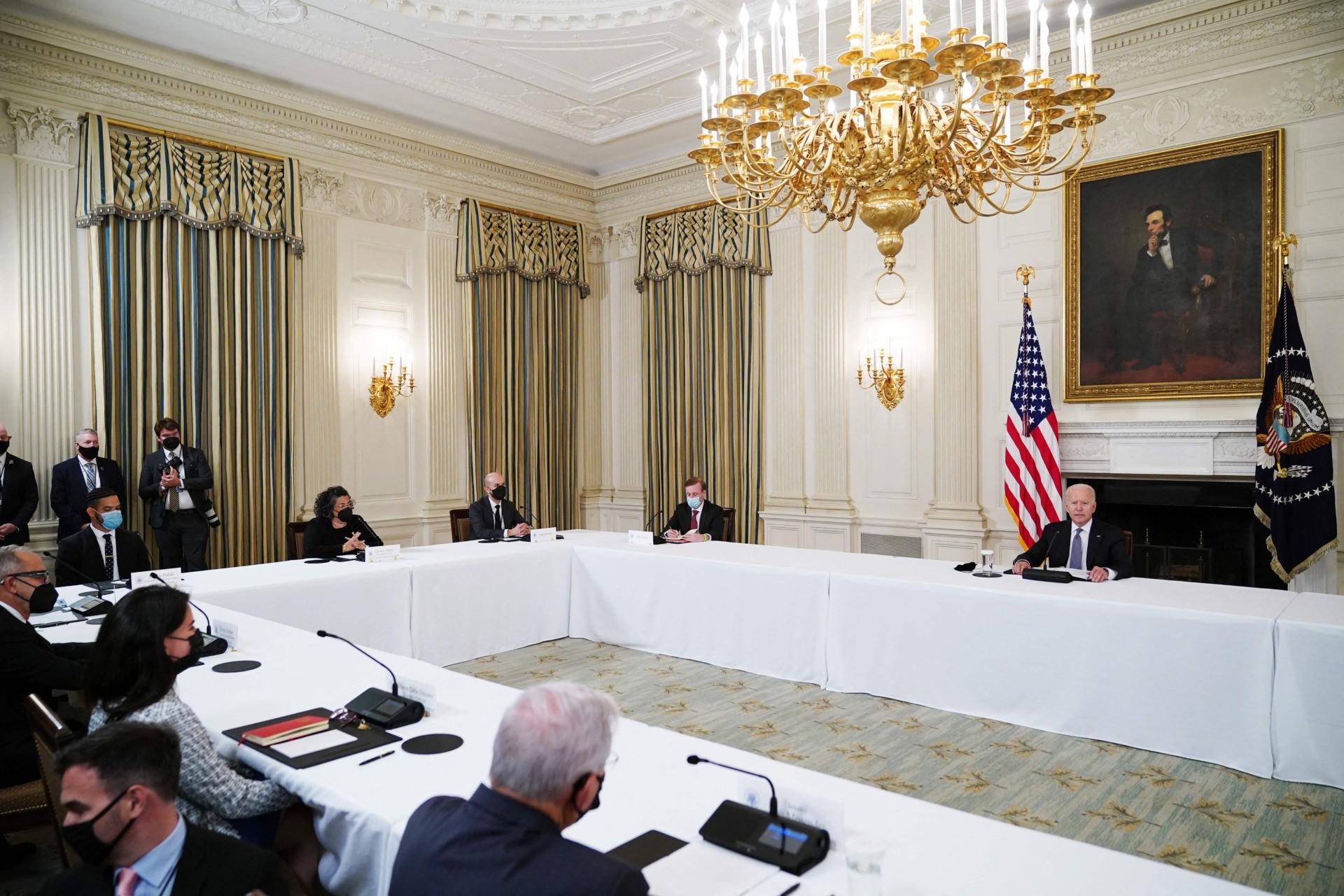 US President Joe Biden speaks during a meeting with Cuban-American leaders in the State Dining Room of the White House in Washington, DC on July 30, 2021. (MANDEL NGAN/AFP via Getty Images)

Biden condemned the Cuban government for restricting access to the internet on the island in an attempt to stifle protests.

“You always know something’s not going well when a country will not allow their people to be engaged and be on the internet, and being able to make their case known around the world,” he said.

Biden said the United States would continue to look for ways to restore internet to the Cuban people, despite failing to announce a solution for two weeks.

He noted that Cuban protesters were subjected to violence, arrest, and even disappearing from public view.

“It’s quite frankly intolerable,” he said.

Biden said he expected additional sanctions if the Cuban government did not change their behavior.

“There will be more unless there is some drastic change in Cuba which I don’t anticipate,” he told reporters.