.@GovWhitmer thinks Cuomo should resign because "many people have lost faith and confidence" – not because he's been exposed for a long history of sexual harassment.

Hard to tell if Whitmer is referring to Cuomo's sexual harassment or nursing home scandal. pic.twitter.com/26YrUM99gS

Through a mask, Whitmer said, “At this point in time I think, you know, uh, a resignation probably makes sense because I don’t know how you govern, uh, with, with so many people have lost faith and confidence.”

“I think it’s important that the process play through, though, so, at the end of the day, um, the facts are out and the women have gotten the justice that I think they deserve,” she said. 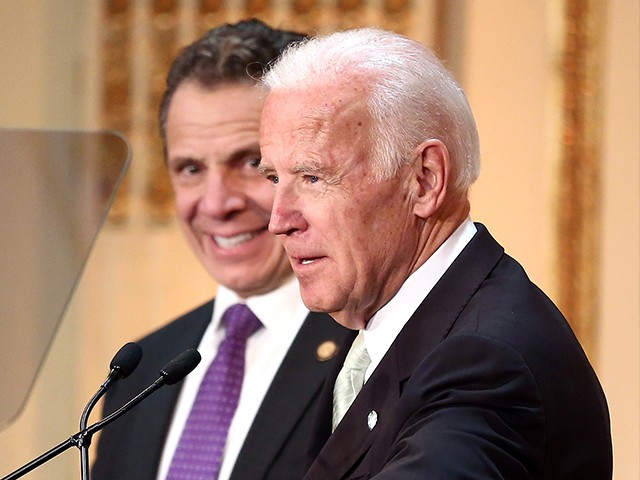 The investigation found that the governor specifically “sexually harassed current and former New York State employees by engaging in unwelcome and nonconsensual touching and making numerous offensive comments of a suggestive and sexual nature that created a hostile work environment for women,” according to Breitbart News. 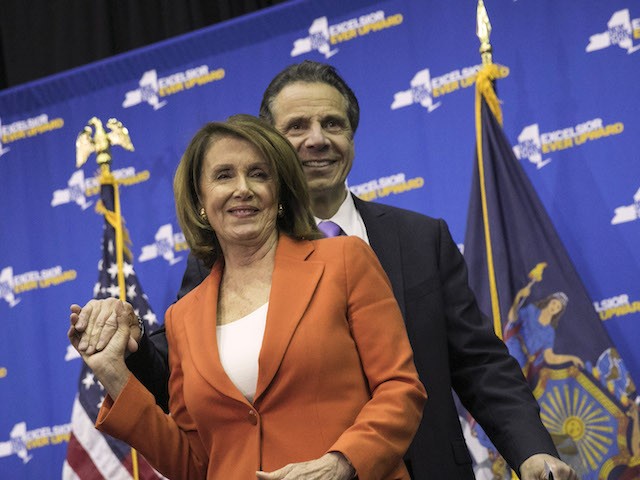 NEW YORK, NY – MAY 1: (L to R) Then House Minority Leader Nancy Pelosi (D-CA) is embraced by New York Governor Andrew Cuomo during a bill signing event at John Jay College, May 1, 2018 in New York City. Governor Cuomo signed a bill ensuring domestic abusers are prohibited from possessing handguns and long guns in New York State. The bill also prohibits anyone with an outstanding warrant, felony, or other serious offenses from receiving or renewing a firearm license. (Photo by Drew Angerer/Getty Images)

Last year, Whitmer linked arms with Cuomo when the Department of Justice asked both states for data on coronavirus-related nursing home deaths. The duo issued a joint statement accusing the DOJ of partisan motivations.

“This is nothing more than a transparent politicization of the Department of Justice in the middle of the Republican National Convention,” Whitmer and Cuomo, who is embroiled in his own nursing home death scandal, said, according to the Daily Gazette.

“It’s no coincidence the moment the Trump administration is caught weakening the CDC’s COVID-19 testing guidelines to artificially lower the number of positive cases, they launched this nakedly partisan deflection,” the governors said.

“At least 14 states — including Kentucky, Utah and Arizona — have issued similar nursing home guidance, all based on federal guidelines, yet the four states listed in the DOJ’s request have a Democratic governor,” Whitmer and Cuomo claimed.