President Joe Biden on Thursday will announce a target date of 2030 for all new car sales in the U.S. to meet zero emission standards.

Biden also intends to beef up fuel consumption and emission regulations by bringing in punitive measures to ensure the new standards are met.

These will be coupled with sweeping new efficiency standards for cars that still use petroleum as part of the long-planned Green New Deal.

“The President will sign an Executive Order that sets an ambitious new target to make half of all new vehicles sold in 2030 zero-emissions vehicles, including battery electric, plug-in hybrid electric, or fuel cell electric vehicles,” a White House statement said.

The order will position “America to drive the electric vehicle future forward, outcompete China, and tackle the climate crisis,” it added.

Conservative lawmakers have historically objected to the higher price of electric transport and called for the free market to dictate the future of cars as opposed to executive orders. 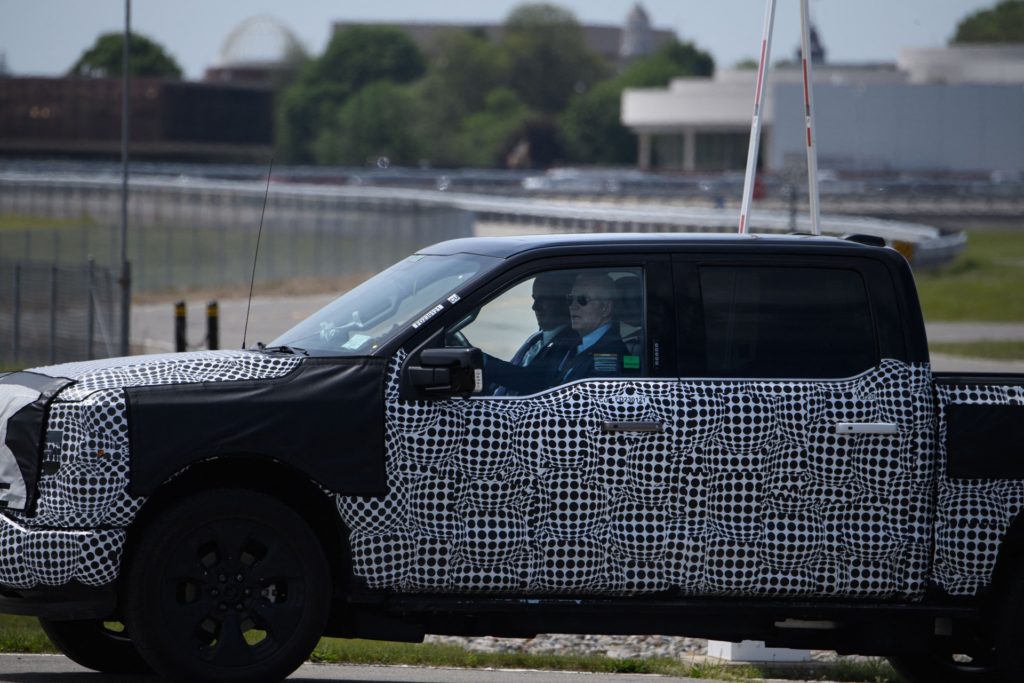 The least-expensive new electric car in 2021 is the $29,900 Mini Electric Hardtop, according to US News & World Report, which reported the price before state and federal tax credits.

The 2021 Chevrolet Spark, by contrast, is the least-expensive new car overall and starts at $13,400, US News reports.

Although the 50 percent target figure is in line with what many American manufacturers were already considering, it is a steep set for the United States as a whole to achieve in less than nine years.

The country has been slow to adopt such vehicles — especially compared with China or Europe. 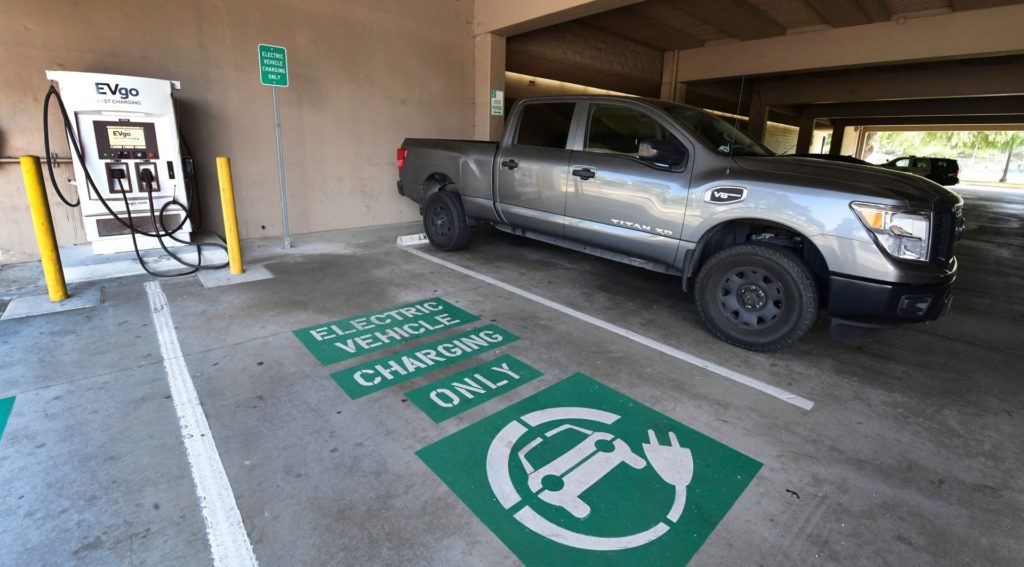 A space remains open for an electric vehicle at a EV charging station in Monterey Park, California on May 18, 2021. President Joe Biden’s administration continues the push for alternative forms of transportation via his $174 billion electric-vehicle proposal. (FREDERIC J. BROWN/AFP via Getty Images)

While around 10 percent of European car sales are of electric vehicles, they account for less than two percent in the United States, according to the International Energy Agency in 2020.

There is also the problem of providing the necessary infrastructure to ensure vehicles have access to charging stations – in every home and at every gas stop across the land as well as sufficient amounts of available electricity.

As Breitbart News reported, California discouraged residents from charging their electric cars during a recent heatwave because of the lack of available electricity.

The electricity-starved third-world country that is California discouraged residents from charging their electric cars during a heatwave. https://t.co/PtiL3UUWvf

The current emissions regulations, which date from March 2020, require manufacturers to improve by 1.5 percent the energy efficiency of their vehicles between 2021 and 2026 — compared with the five percent demanded by the Obama administration.

The Biden administration did not immediately unveil a new quantified objective.