Vice President Kamala Harris expressed her frustration with corporate media for featuring “soundbites” over substance in their coverage of her.

“Part of my frustration is the way that this system rewards sound bites” as opposed to “depth and thought,” Harris said in an interview with the Atlantic reporter Peter Nicholas.

Nicholas reported Harris was “fed up” with the media portrayal of her vice presidency, but noted her campaign specifically leveraged the soundbite “that little girl was me” attack against her then-rival for the Democrat presidential nominee Joe Biden.

Nicholas also asked Harris if she regretted her attack on Biden on the issue of race.

“There is no sunlight or daylight between he and I on the issue of race, on the history of racism in our country, and also what we need to do going forward to fight for equity-based on race, gender, and everything else,” she replied.

Harris and her team have stumbled in the first six months of office, careening from crisis to crisis with painfully awkward moments.

The Biden border crisis is exploding, and border czar Kamala Harris is nowhere in sight. https://t.co/wCfIhUFOt1

Damaging leaks about her office mistreating employees emerged in the media, fueling concerns of infighting and sabotage against Harris.

Harris also struggled to explain why she would not be visiting the Southern Border, ultimately concluding in an embarrassing gaffe in an interview with NBC’s Lester Holt requiring her to reverse her position. 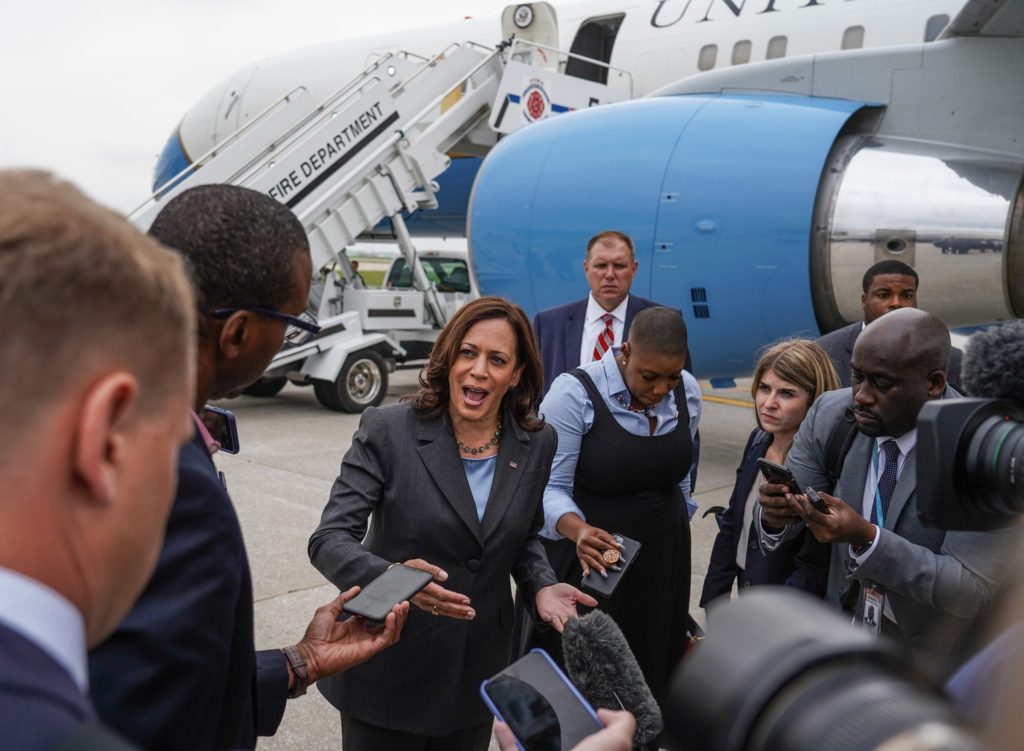 Harris was also ridiculed for warning against voter ID because some areas did not have a convenient Kinko’s or OfficeMax to do so.

Harris also met with Texas Democrats who fled the state to protest election security laws, but the event soon became a super-spreader event for the coronavirus, forcing her to get tested while her office tried to keep it a secret.

Harris has repeatedly complained about her media coverage, reportedly keeping an “enemies list” of reporters and political operatives who offend her.

Another struggle for Harris is her repeated attempt to laugh off tough or awkward questions in interviews.

During the 2020 campaign, President Donald Trump repeatedly mocked Harris for responding to tough questions by laughing.

What are Joe Biden and Kamala Harris hiding from the American people? Why the lack of transparency and honesty? Isn't the goal to save lives? https://t.co/xiku5CqnGU

The only thing almost as bad [as Joe Biden] is Kamala with the laugh,” Trump said at an October rally during the 2020 campaign.

“Haha, that’s so funny. Hahaha,” Trump said, imitating her laughs in an interview with 60 Minutes.

“Is there something wrong with her?” he added. “She kept laughing. At very serious questions.”