This week, the Department of Homeland Security (DHS) revealed nearly 200,000 border crossers were apprehended at the U.S.-Mexico border in July — an almost 420 percent increase compared to the same time last year.

Steven Kopits with Princeton Policy Advisors projects that Biden will likely drive illegal immigration levels to the worst in American history as a result of his lax enforcement policies and massive Catch and Release operation.

Specifically, Kopits now predicts anywhere from 1.75 million to 1.8 million border crossers will be apprehended at the southern border by the end of the year.

These totals do not include illegal aliens who successfully crossed the border undetected. DHS currently estimates that about 750 to 1,000 illegal aliens are crossing the border every day without being caught. 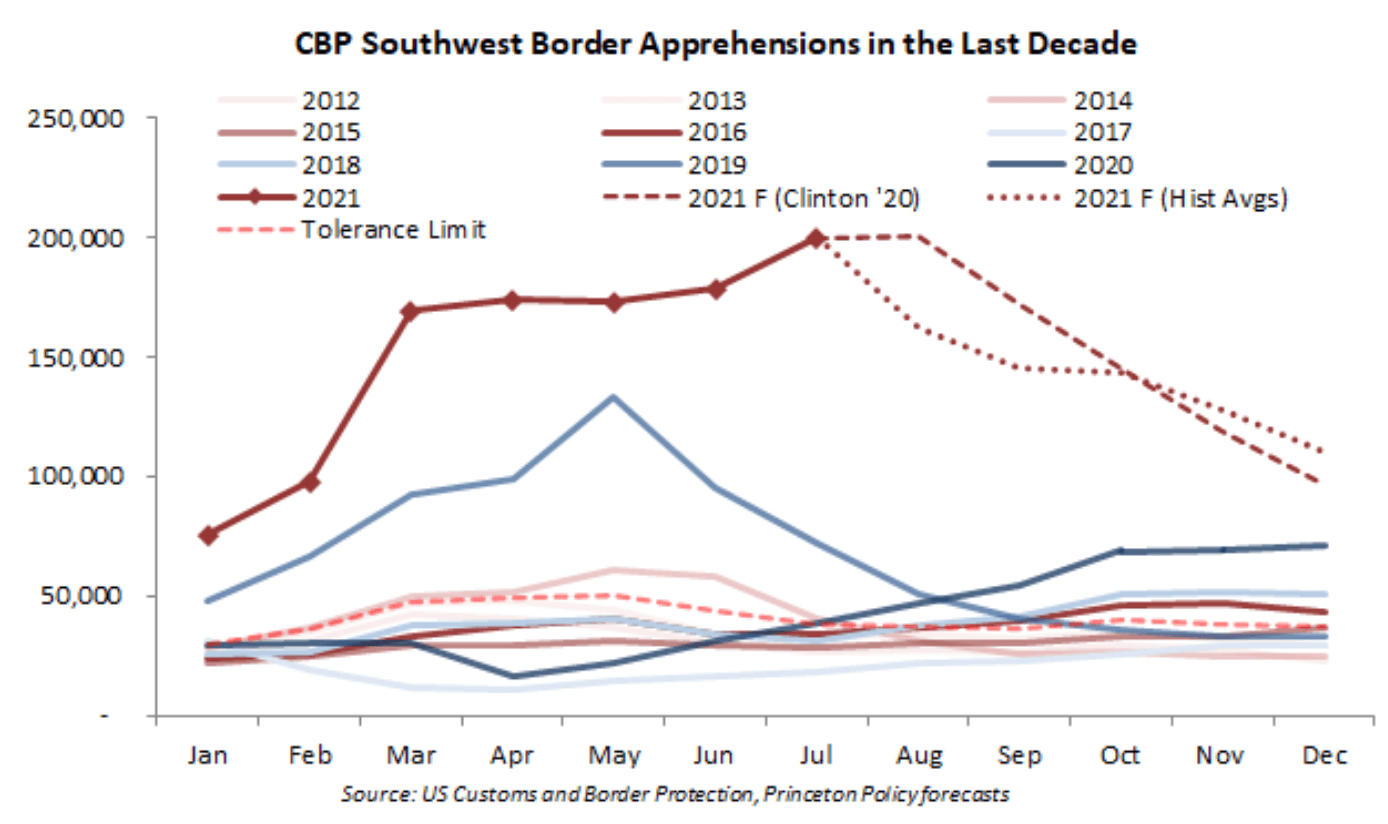 “For the fiscal year ending September 30th, 2021 will eke out the record as the worst year for southwest border apprehensions, if the precedent of the Clinton administration in 2000 holds,” Kopits writes.

“Barring a draconian change of policy, a record for the calendar year is all but in the bag,” he continues.

Kopits writes that he is “frankly astounded that [DHS] Secretary [Alejandro] Mayorkas still holds his job,” saying “he should have been fired two months ago, and likely will be in the next two months.”

In leaked audio released by Fox News on Friday, Mayorkas can be heard telling DHS officials that the U.S. is “going to lose” at the border and that current illegal immigration levels are “unsustainable.”

A DHS official responded to Mayorkas, telling him “We don’t need to reinvent the wheel. We’ve had this happen before. We know exactly how to shut it down. We need to make illegal entry illegal.”