House Speaker Nancy Pelosi (D-CA) is trying to push the same talking points that President Joe Biden’s White House has been using on his failed withdrawal from Afghanistan saying the administration knew it was a possibility that Kabul would fall back into the hands of the Taliban terrorists.

The talking points she’s pushing admits that the “administration knew that there was a distinct possibility that Kabul would fall to the Taliban.” It tried to emphasize that “it was not inevitable” but a possibility. 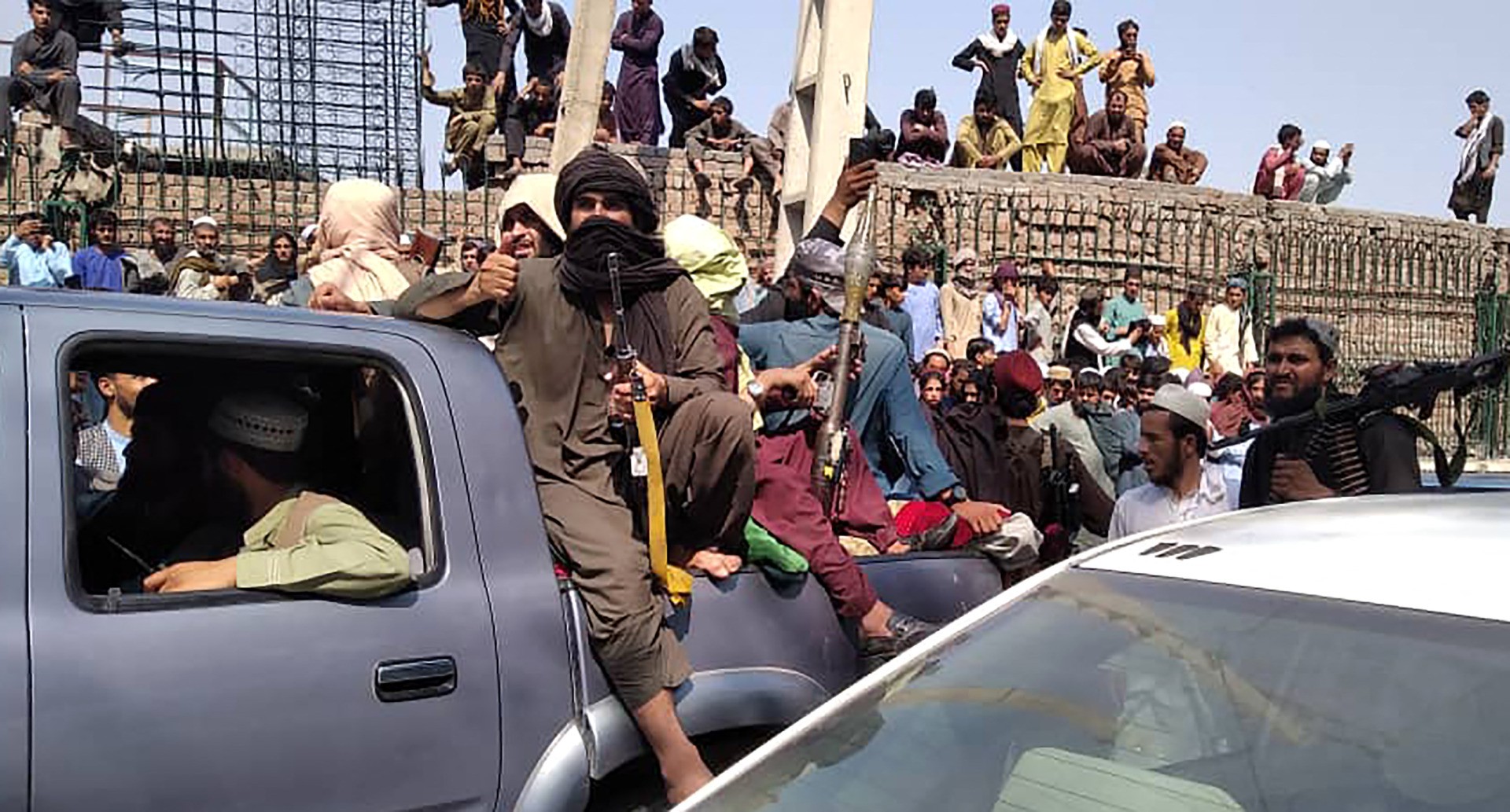 Taliban fighters sit on a vehicle along the street in Jalalabad province on August 15, 2021. (-/AFP via Getty Images)

“And the administration plans for every possibility. There were contingency plans in place for any eventuality — including a quick fall of Kabal. That’s why there were troops pre-positioned in the region to deploy as they had done,” it said in the talking points Pelosi emailed.

Before Pelosi tried to push these talking points, the speaker over the weekend said in a statement that Bident should be “commended” for his handling of the war in Afghanistan.

In her statement, she also said, “The Taliban must know the world is watching its actions. We are concerned about reports regarding the Taliban’s brutal treatment of all Afghans, especially women and girls.”

The statement from Pelosi was made before reports emerged that the Taliban terrorists replaced the country’s formal government.

Rep. Jim Banks (R-IN), an Afghanistan veteran, told Breitbart News’s Ashley Oliver on Monday while condemning Biden’s lack of communication with the American public, “It’s unbelievable to me that Nancy Pelosi, speaker of the House, can defend this catastrophe as she has and defend President Biden’s leadership and his plans in Afghanistan. It raises serious questions and doubts about her leadership and her ability to continue as the speaker of the house when she’s defending this catastrophe at the same time too.”

Biden has already had to authorize 6,000 troops back to Afghanistan to help with the quick evacuation of U.S. citizens, Afghan allies, and vulnerable Afghans.