Hagerty’s remarks came during an interview on the Tennessee Star Report with Michael Patrick Leahy, broadcast on Nashville’s Talk Radio 98.3 and 1510 WLAC weekdays from 5:00 a.m. to 8:00 a.m.

“How many Americans are currently stranded in Afghanistan?” Leahy asked.

“It’s a hard number to put your hat on. I was again, as ambassador to Japan, we had plans to do what they call non-combatant evacuation operations, NEO. That’s what needs to be undertaken right now. They’ve got to assess how many Americans are there,” Hagerty responded:

I’ve seen reports ranging from 10,000 to 20,000 and many of these are people with dual citizenship. But what you find out in a NEO operation is that there are many more people that may not have been known to the embassy and that may be there for other reasons that will emerge.

So those may be conservative numbers. I saw counts yesterday of up to 10,000 German nationals and 4,000 British nationals. Again, these are our allies that we also have obligations to work together to get them out.

And then you’ve got local Afghans who have worked for the embassy, who have helped our military, and who served as translators. We’ve all heard about them as well. The numbers in total that that are being pushed around right now are in the range of 60 to 80,000 people that need to be evacuated. And again, I’ll come back and say that’s probably a conservative number.

“How many American troops are on the ground today at this moment, as we speak, trying to get those 60,000 Americans and other allies out of Afghanistan?” Leahy asked in a follow-up question.

“I don’t have an immediate account for that, but I know that the number is scaling up. And we’ve heard the estimates go from 4,000 to 6,000 to 7,000. And it’s not just going to be the American military there,” Hagerty responded. 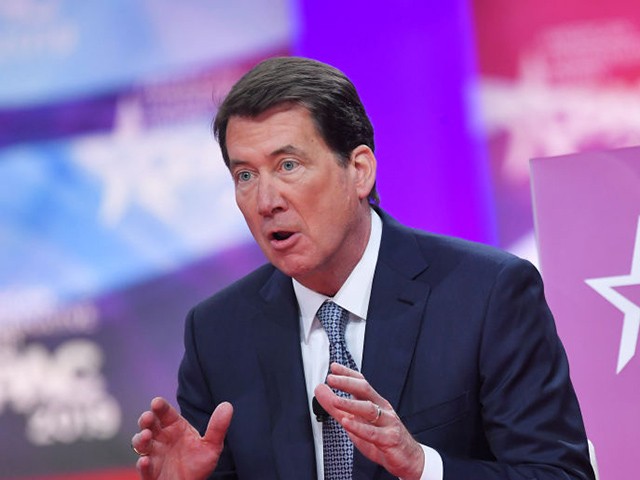 Sen. Hagerty also offered his comments on President Joe Biden’s address to the nation on Monday about the fall of Afghanistan.

“I think it’s just awful to see Biden stand there and do everything you can to deflect, to try to spin this, to act as though he takes no responsibility for this. This is a situation where he’s got to step up and own it,” Hagerty said:

He needs to be focused on taking care of the Americans in Afghanistan right now. He needs to acknowledge that this was a failure and execution of incredible proportion. And they need to be doubling down on getting this problem resolved rather than deflecting and hiding out. And the thought that he takes days to come in and do an address and then flies back out without taking questions, it’s just incredible.

Several members of Congress have come out, Jeff Van Drew from New Jersey, Andy Biggs from Arizona. Jody Hice from Georgia, Harshbarger from Tennessee have come out and said, “Joe Biden should resign.” In fact, Van Drew said, “This is such a debacle, Biden, Vice President Harris, and Nancy Pelosi should resign.”

“Do you think Joe Biden should resign as President of the United States?” Leahy asked.

President Trump came out and said it yesterday as well. The thing I point you to is the next in line, Vice President Harris might even be worse. If you take a look at what she’s done at the border, that’s been a complete disaster, too. We really don’t have good choices right now. So this is a situation we should never find ourselves in it. 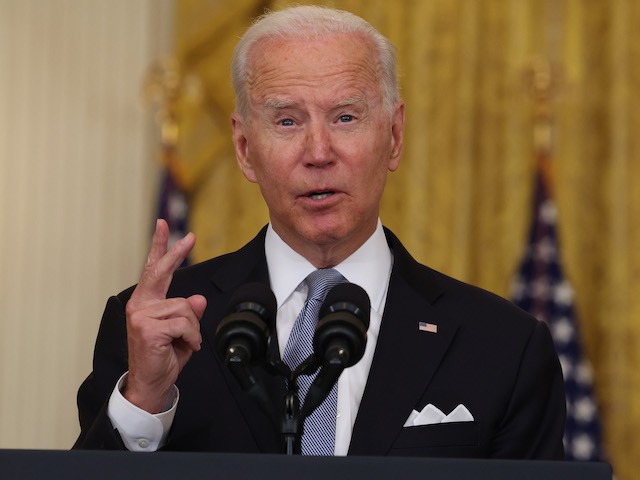 U.S. President Joe Biden gestures as he gives remarks on the worsening crisis in Afghanistan from the East Room of the White House August 16, 2021 in Washington, DC. (Anna Moneymaker/Getty Images)

“But we find ourselves in it. And the United States’ authority and prestige around the world is in rapid decline after just seven months of the Biden administration,” Leahy continued.

“Can we survive as a constitutional Republic in the international arena over the next three years and five months under the leadership of the Biden administration?” Leahy asked.

“My focus right now is on 2022, and we’ve got to take back the House and the Senate. That will have a material impact on this. And then turn our attention right away to 2024. But as you say, over the past seven months, it’s been failure after failure,” Hagerty responded:

The border crisis was immediate. Coming in and destroying our energy independence by killing the Keystone XL pipeline. Drilling on federal lands. Of course, that raises our energy prices here in America.

And all that oil gets piped to China. Again, they’re laughing all the way to the bank there in China. Then you look at what’s happened with Russia. He immediately goes into the START Treaty and extends it and gets nothing for us.

“In Iran, who knows what they’re negotiating in back rooms in Vienna right now, selling our nation’s best interest down the highway for goals that are unachievable,” Hagerty continued.

“And allies like Israel, to [listen to] the messages coming from the far left to the Democrat Party, it would make people think we’re siding with the terrorists. And that is all part and parcel of this administration. Again, you say in seven months, one disaster after the other,” Hagerty concluded.