Rep. Claudia Tenney (R-NY) told Breitbart News Saturday that President Joe Biden must resign following his major foreign policy failure in Afghanistan as thousands of Americans remain stranded, blasting his “arrogant callousness” and false assertions that Americans are able to access the airport in Kabul as the condition in the area, under Taliban rule, worsens.

“Either he’s lying to us or he doesn’t know what’s happening on the ground or he’s not listening to the generals or our intel community. There seems to be a miscommunication. All this was already transpiring early on,” Tenney said, referring to Biden’s “festering mess” in Afghanistan and blasting the president for initially taking a vacation as the Taliban took over Kabul.

Tenney said she and her team and colleagues have been consumed “actually working to evacuate U.S. citizens out of Afghanistan,” as well as green card holders and interpreters while the Biden administration “has done nothing.” She also disputed Biden’s claim of there being “no circumstance” of Americans being unable to access the Kabul airport.

“President Biden got up and said there really isn’t any issue at the airport. We have even more news accounts today. The condition is getting even worse. People are getting killed and shot at and we have casualties om the ground,” Tenney explained. “We have video of casualties on the ground in the perimeter of the Kabul airport showing that people can’t get to the airport to get out of Afghanistan. And just the entire situation is botched, and yet the president comes out and continues to show an arrogant callousness. He just cannot lead, and we cannot have him in this position anymore.”

“He just cannot be at the helm any longer,” she continued.

On Saturday, the U.S. embassy in Kabul released a security alert that also contradicted the assertions Biden made during Friday’s speech, advising Americans to avoid traveling to the airport.

“Because of potential security threats outside the gates at the Kabul airport, we are advising U.S. citizens to avoid traveling to the airport and to avoid airport gates at this time unless you receive individual instructions from a U.S. government representative to do so,” the alert reads.

“We’ve got a crisis right now,” Tenney said. “We can’t even get these people to the airport. We’re working on trying to find people who can actually be on the ground to safely get these people through the Taliban perimeters.” 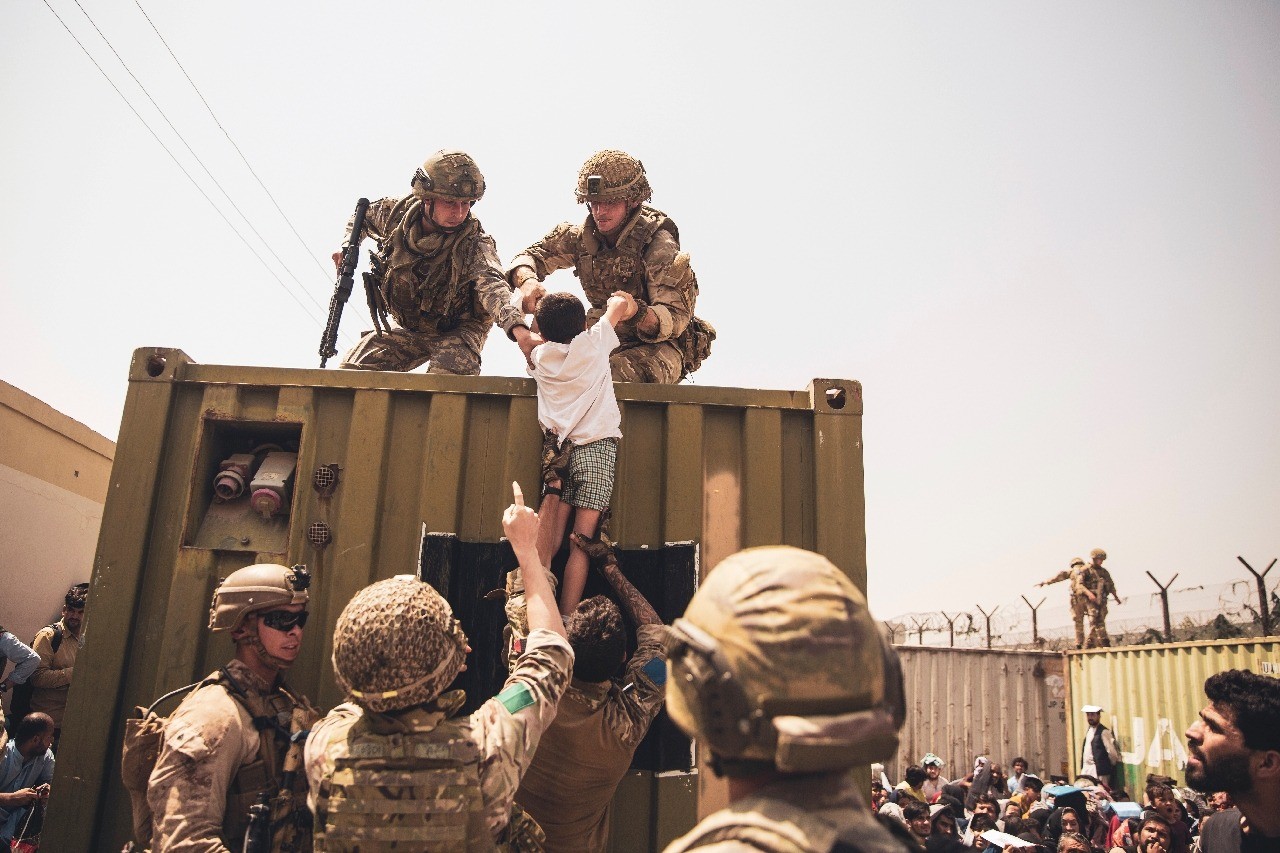 In this image courtesy of the US Central Command Public Affairs, British and Turkish coalition forces, and US Marines assist a child during an evacuation at Hamid Karzai International Airport in Kabul on August 20, 2021

The fact that the United States is now “beholden” to the Taliban on making decisions on how to get people safely to the airport, she continued, “is just absurd.”

“And Joe Biden does not seem to have a grasp on this. The State Department is struggling with this,” she said.

There is a “crisis in leadership” right now, Tenney continued before questioning Biden’s cognitive abilities.

“We have no plan, and we have a commander in chief who is not fit, I think, cognitively,” she said, explaining her decision to join Rep. Ronny Jackson (R-TX), a former White House physician, who said we need to reexamine 25th Amendment and see if Biden is capable of making such decisions.

“Either he [Biden] refuses to listen to the generals on the ground or the generals are giving him bad advice. Either way, we need to clean house at this point, and it starts with the top. And Biden really needs to go,” Tenney said. 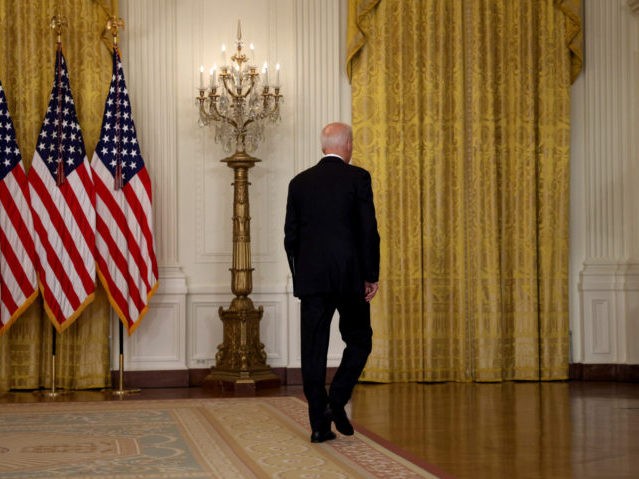 WASHINGTON, DC – AUGUST 16: U.S. President Joe Biden walks away without taking questions after delivering remarks on the worsening crisis in Afghanistan from the East Room of the White House August 16, 2021 in Washington, DC. Biden cut his vacation in Camp David short to address the nation as the Taliban have seized control in Afghanistan two weeks before the U.S. is set to complete its troop withdrawal after a costly two-decade war. (Photo by Anna Moneymaker/Getty Images)

The New York congresswoman identified the biggest challenge in Afghanistan, at this point in time, as getting people from their homes to the airport due to the Taliban’s perimeter. She also cited reports of the terrorists going door to door.

“I just can’t believe the president is not aware of these things [and] is continuing to make decisions where he feels he knows it all. His arrogance is just legendary at this point,” she said, adding she “cannot say enough, he needs to resign.”

Tenney also dismissed Biden’s Friday press conference, noting he had a list of friendly left-wing personalities in the media asking questions and adding that she would not be shocked if the questions were fielded before “so he could answer them appropriately.”

“This is not transparency. This is just a disgrace to the American people,” Tenney said, adding that even her Never Trump friends are beginning to feel a dose of Biden remorse.