President Joe Biden’s administration has “no way to vet” many of the Afghans seeking resettlement in the United States, Sen. Tom Cotton (R-AR) says.

Cotton, a veteran who served in the Afghanistan War, said Tuesday that he is “incredibly worried” about Biden’s massive resettlement operation where some 95,000 Afghans could be resettled across the U.S. over the next year.

“I am incredibly worried [about the vetting process] … we’ve had many reports of Afghans who have failed our vetting processes as meager as those are,” Cotton said:

Some of them have even come to America and have been sent elsewhere but in many cases, in the early days after the fall of Kabul, Afghans — who had no particular ties to our military, who have not provided direct support to our troops over the last 20 years — were able to get on planes and get out of the country. [Emphasis added].

And in many cases, we have no way to vet them. We have no sources on the ground in Afghanistan anymore. They can run a name, or supposed name, and maybe some fingerprints through our incomplete databases and if it doesn’t come back with a hit, they say ‘Well, you must be good to go.’ [Emphasis added].

Well, we have no idea if these people are, whether or not they pose a security risk, whether or not they accept our way of life here in terms of constitutional government and the equality of all citizens, or if they are even in violation of U.S. laws against trafficking. We’ve heard reports from Fort McCoy, Wisconsin for instance of grown men showing up with children as their so-called brides or polygamist marriages as well. [Emphasis added].

As part of the Biden’s resettlement operation, Afghans are taken to processing sites in safe third countries like Kosovo, Spain, Germany, and Qatar. Those who clear initial screening are flown to Virginia or Pennsylvania for further resettlement across the U.S. without having completed their immigration processing. 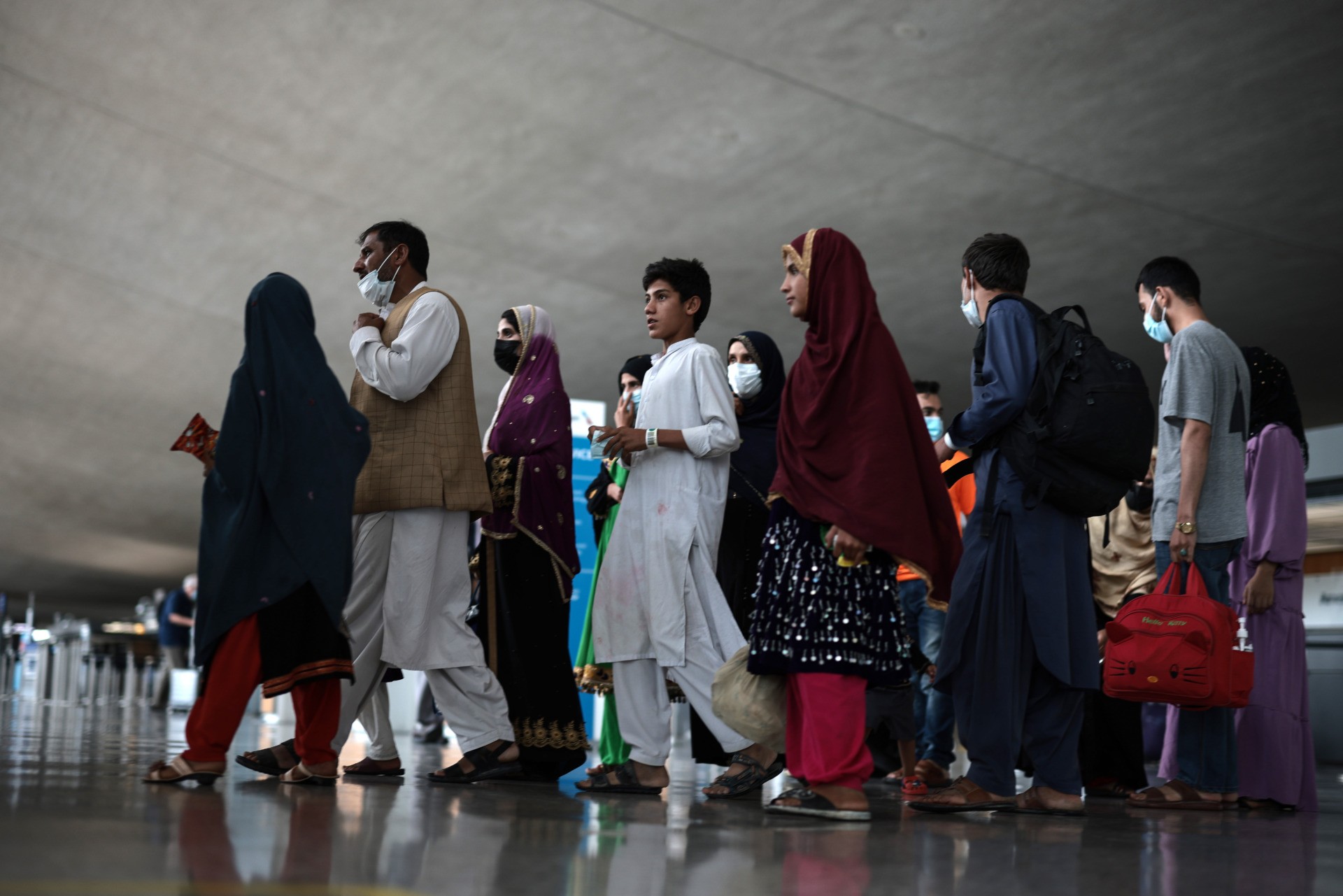 Refugees walk through the departure terminal to a bus at Dulles International Airport after being evacuated from Kabul following the Taliban takeover of Afghanistan on August 31, 2021 in Dulles, Virginia. (Anna Moneymaker/Getty Images).

Most recently, the Associated Press (AP) reported that Afghans are lying about their identities and, in some cases, destroying their identifying documents to conceal their true identities to pass the screening process and win resettlement in the U.S.

“In a comparatively small number of cases, the U.S. transit sites overseas also are dealing with other evacuees who require further investigation, or who lie or destroy their identification in hopes of qualifying for immigration, that U.S. official said,” the AP reported.

The Biden administration has not disclosed how many Afghans seeking U.S. resettlement ended up matching names on the government’s “No Fly List” or have failed screening due to their ties to terrorism. 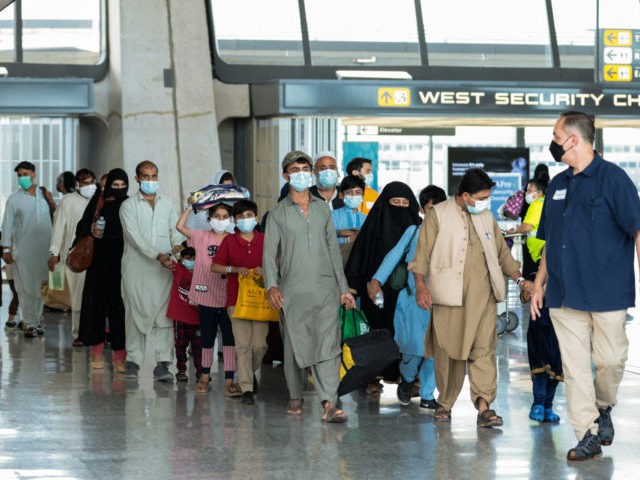 Last week, the Department of Homeland Security (DHS) seemingly confirmed that Afghans “flagged for concern” have sought to enter the U.S. through the resettlement operation. Previous reports have indicated that the Biden administration will resettle Afghans with security concerns anyway and potentially have the Federal Bureau of Investigation (FBI) monitor them.

The Washington Times’ Stephen Dinan reported last month that the Biden administration flew a convicted Afghan rapist, deported by former President Trump’s administration, back to the U.S. on an evacuation flight before realizing he had a criminal record.

Meanwhile, the Washington Post reported that the Biden administration has brought Afghans to the U.S. who were later “flagged for security concerns.” Likewise, administration officials told CNN that Afghans are arriving in the U.S. who do not have any “documents whatsoever.”

Pentagon spokesman John Kirby has said he does not know the number of Afghans who have sought resettlement in the U.S. but subsequently were found to have been on terrorist watch lists.

Pentagon officials have told Defense One that “up to 100 of the 7,000 Afghans evacuated as prospective recipients” of Special Immigrant Visas (SIVs) seeking permanent resettlement in the U.S. have been “flagged” as “potential matches to intelligence agency watch lists.”