President Joe Biden’s administration has brought more than 48,000 Afghans to the United States in less than a month — a population more than four times that of Jackson, Wyoming.

When arriving at military bases, Afghans are being given $1,250 one-time payments. The cost to taxpayers, the Biden administration admits, will be about $6.4 billion. 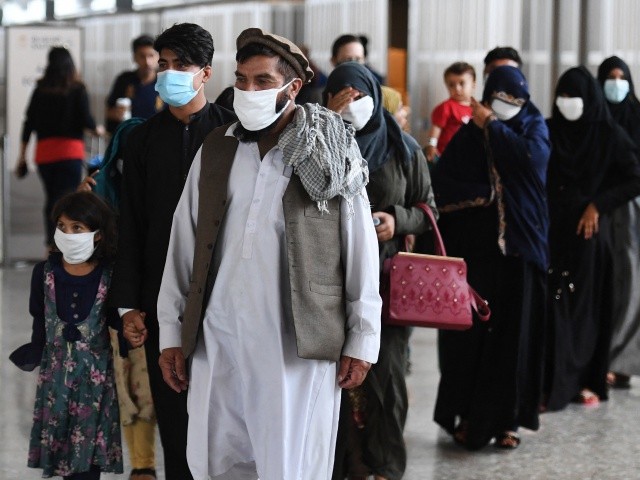 Afghan refugees arrive at Dulles International Airport on August 27, 2021 in Dulles, Virginia, after being evacuated from Kabul following the Taliban takeover of Afghanistan. (Oliver Douliery/AFP via Getty Images)

Biden’s massive resettlement operation, though, could be plagued with significant fraud and abuse by Afghans seeking to enter the U.S. despite not qualifying for refugee status, Special Immigrant Visas (SIVs), or humanitarian parole. Some Afghans could also be national security risks.

“We have no idea … whether or not they pose a security risk, whether or not they accept our way of life here in terms of constitutional government and the equality of all citizens, or if they are even in violation of U.S. laws against trafficking,” Sen. Tom Cotton (R-AR) said this week.