Elder had been walking through a neighborhood in Venice, Los Angeles, where homelessness has exploded, when he was attacked by a woman wearing a gorilla mask who threw eggs at the candidate and at his security detail. 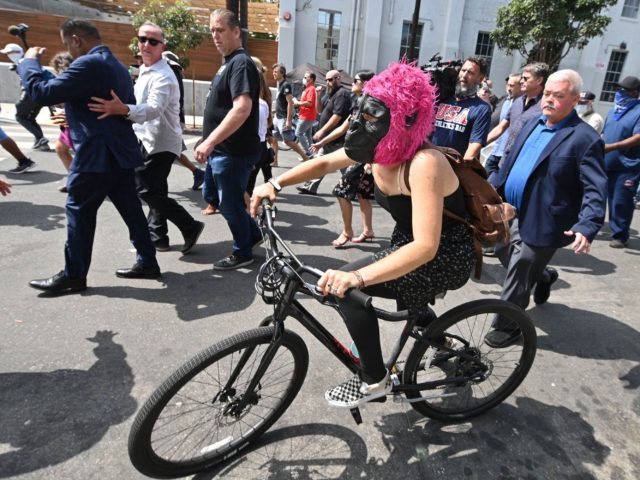 A woman wearing a gorilla mask follows conservative talk show host and gubernatorial recall candidate Larry Elder (L) (back to camera) as he walks along streets lined with tents of unhoused people, in the Venice neighborhood of Los Angeles, California, September 8, 2021 ahead of the special recall election. – The recall election, which will be held on September 14, 2021, asks voters to respond two questions: whether Governor Gavin Newsom, a Democratic, should be recalled from the office of governor, and who should succeed Newsom if he is recalled. Forty-six candidates, including nine Democrats and 24 Republicans, are looking to take Newsom’s place as the governmental leader of California. (Photo by Robyn Beck / AFP) (Photo by ROBYN BECK/AFP via Getty Images)

Elder later said that his security detail was fired at with a pellet gun and hit with other projectiles as well. The attack was captured on video.

Breaking: A flying egg narrowly missed the back of recall candidate @larryelder's head after it was thrown by an activist wearing a gorilla mask in Venice. A scuffle broke out and the candidate was escorted into an SUV.

Typically, the media would greet a violent racist attack with outrage and days of media coverage and panel discussions. Journalists would also demand that opposing candidates denounce violence committed in their name. However, there was little national media attention paid to the story, and incumbent Gov. Gavin Newsom (D) has been silent about the attack.

Villanueva tweeted: “QUESTION: How is this not a hate crime? ANSWER: Because “woke privilege” means a white woman can wear a gorilla mask and attack a black man without fear of being called a racist. Where is the outrage from our politicians?”

QUESTION: How is this not a hate crime?

ANSWER: Because “woke privilege” means a white woman can wear a gorilla mask and attack a black man without fear of being called a racist.

Villanueva has been vocal on the topic of “woke privilege” before, saying that liberal politicians were too caught up in their utopian views of social justice to declare a state of emergency on the homelessness crisis. 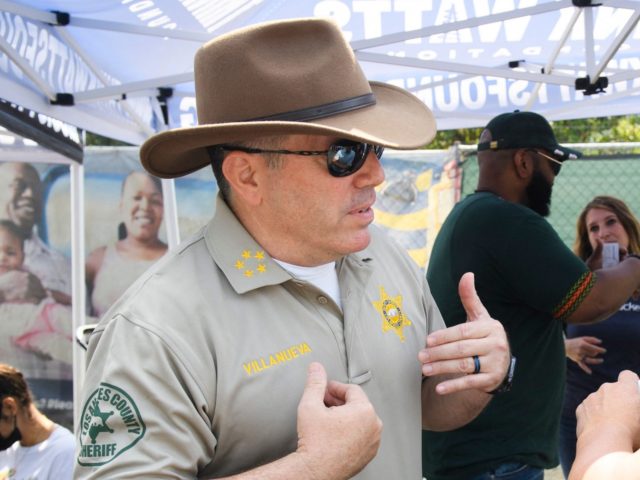 He has also prioritized Venice in particular, pushing other local authorities to clear homeless encampments from the Venice beachfront, over the opposition of the local left-wing city council member, Mike Bonin, who is currently facing a recall effort from residents of his district.

Elder is trying to unseat Newsom in the Sep. 14 recall. Voting by mail and in person continues through Tuesday evening.