President Joe Biden released a statement Thursday in which he blamed Republicans for David Chipman’s failed nomination and pledged to continue working toward more gun control.

The statement began with Biden praising Chipman for his work with the Bureau of Alcohol, Tobacco, Firearms and Explosives (ATF), then moved to blamed Republicans for the Chipman nomination failure:

Republicans in Congress have made clear that they intend to use gun crime as a political talking point instead of taking serious steps to address it. That’s why they’ve moved in lockstep to block David Chipman’s confirmation, and it’s why they side with gun manufacturers over the overwhelming majority of the American people in opposing commonsense measures like universal background checks.

Biden did not mention that the pivotal opposition to Chipman’s nomination came from Sen. Angus King (I-ME).

King caucuses with Senate Democrats, giving them the 50 votes that allow them to hold the majority over Republicans, counting VP Kamala Harris’ tie-breaking vote authority. Once King announced he would not support Chipman, it was evident that the nomination was going nowhere unless a Republican crossed the aisle to support the gun control nominee. 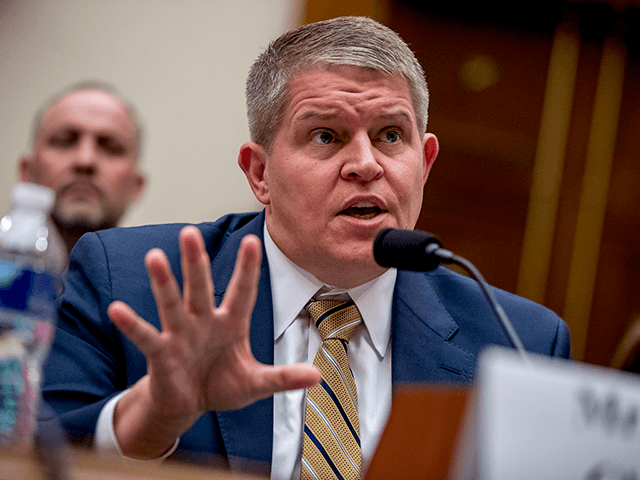 Biden’s statement on the withdraw of Chipman concluded with a pledge to continue pursuing gun control:

We knew this wouldn’t be easy – there’s only been one Senate-confirmed ATF Director in the Bureau’s history – but I have spent my entire career working to combat the scourge of gun violence, and I remain deeply committed to that work. Since taking office, my Administration has taken numerous steps to combat gun violence, and we’ll continue to use every tool at our disposal to fight gun violence and keep Americans safe. I am grateful for Mr. Chipman’s service and for his work.

Gun control has been a staple among Biden’s presidential goals from day one.

For example, during a February 24, 2020, campaign speech in South Carolina, Biden referenced gun manufacturers then looked into the camera and said, “I’m going to take you down.”