The New York Times published the results of an investigation on Friday that suggests the Biden administration targeted an innocent man who worked for a U.S. organization in a drone strike that killed several civilians. If true, the airstrike could constitute a violation of international law governing such targeted killings in wartime — in other words, a war crime.

The airstrike, which took place on August 29, was presented by the Biden administration as an attack on a potential ISIS-K terrorist who had been driving an explosive-laden vehicle that was to be detonated at the international airport in Kabul. It was the second such strike, following one on Aug. 28 in Nangarhar province against suspected Islamic State terrorists.

The Times report suggests that the U.S. killed “the wrong person” in a report accompanied by security camera footage that shows the target, Zemari Ahmadi, filling water canisters for his family that the military may have mistaken for explosives.

Astonishingly, the Times reports that “[m]ilitary officials said they did not know the identity of the car’s driver when the drone fired.” But in the wake of an August 26 suicide bombing that killed 13 U.S. servicemembers as well as scores of Afghan civilians, they believed that he posed an imminent danger based on “how they interpreted his activities that day.”

Times reporting has identified the driver as Zemari Ahmadi, a longtime worker for a U.S. aid group. The evidence, including extensive interviews with family members, co-workers and witnesses, suggests that his travels that day actually involved transporting colleagues to and from work. And an analysis of video feeds showed that what the military may have seen was Mr. Ahmadi and a colleague loading canisters of water into his trunk to bring home to his family.

Although U.S. officials said that at that point they still knew little about Mr. Ahmadi’s identity, they had become convinced that the white sedan he was driving posed an imminent threat to troops at the airport.

[A]n examination of the scene of the strike, conducted by the Times visual investigations team and a Times reporter the morning afterward, and followed up with a second visit four days later, found no evidence of a second, more powerful explosion.

Experts who examined photos and videos pointed out that, although there was clear evidence of a missile strike and subsequent vehicle fire, there were no collapsed or blown-out walls, no destroyed vegetation, and only one dent in the entrance gate, indicating a single shock wave.

The Times reported that as many as ten civilians may have been killed in the Aug. 29 airstrike, including seven children.

At a Pentagon press conference on August 30, Major General William Taylor told reporters that the vehicle was “known to be an imminent ISIS-K threat.” He also said that there had been “secondary explosions” that “indicated the presence of a substantial amount of explosive material.” Taylor also said the U.S. was investigating reports of civilian casualties. When a reporter asked questions about whether the military had a “high degree of confidence” that the explosion was caused by explosives, Taylor insisted there had been explosions of material that “was going to be used in a high profile attack.” 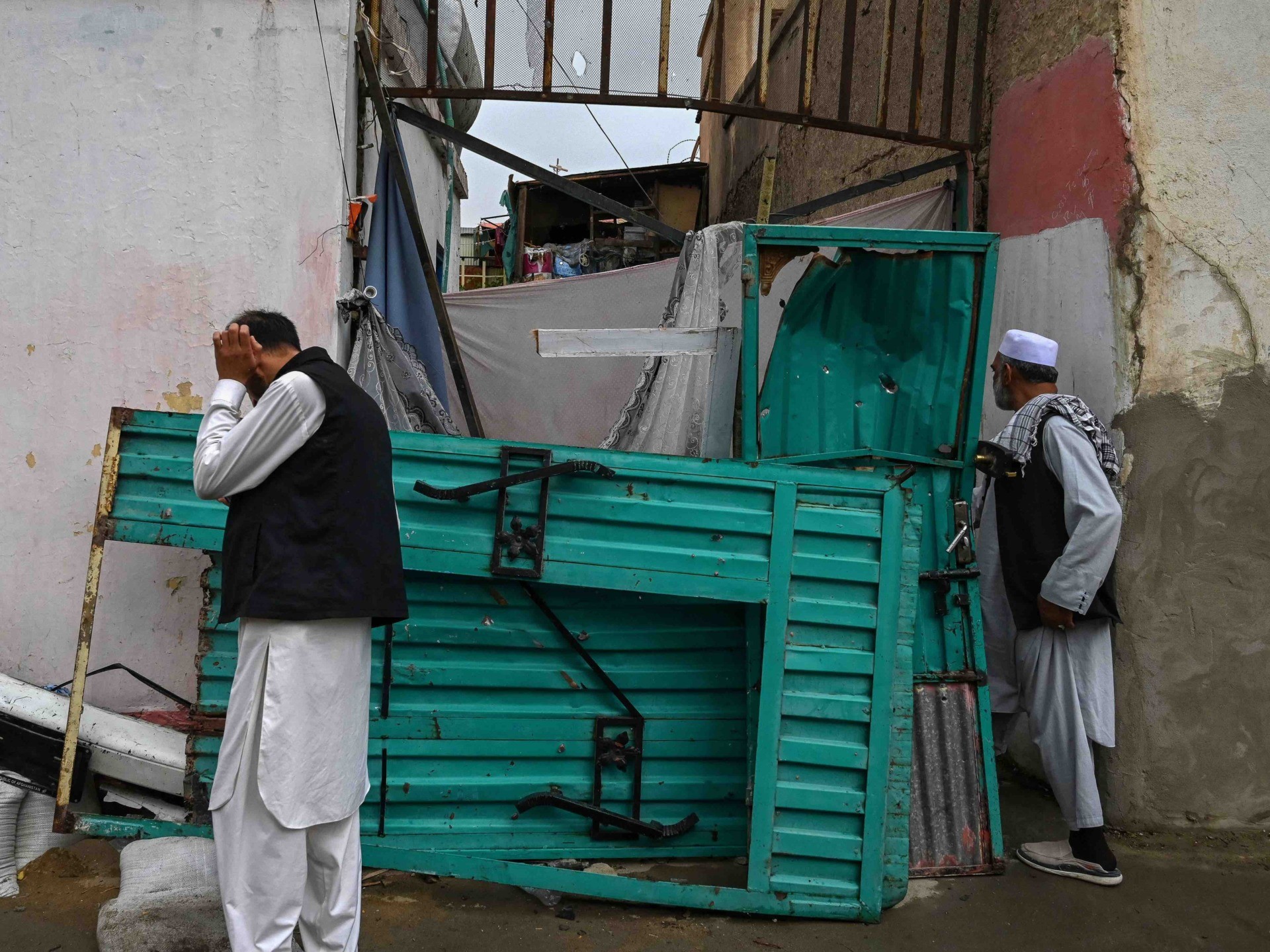 White House Press Secretary Jen Psaki said on August 30 that Biden was not personally authorizing the strikes, but had delegated responsibility for them. And she said on August 31, citing CENTCOM, “the vehicle that was the target also had explosives in it,” and that terrorists were killed, even though there were reports of civilian casualties under investigation.

International law permits the use of such targeted killings, under restricted circumstances. The target must be an enemy combatant; the target generally must pose an imminent or ongoing threat; and the attack must minimize the risk to non-combatants.

Much of the debate around targeted killings has concerned whether a terrorist can still be killed when not actively involved in acts of terror, and merely going about civilian life. Generally, such killings are permissible — within strict parameters, as described above.

Mistaken identity, by itself, is not proof that international law has been violated. However, if there is no genuine attempt to identify the target, such a killing may violate international law.

In the days after the August 26 suicide bombing, the Biden administration faced intense political scrutiny, and critics have suggested that Biden was keen on carrying out an airstrike to save face during what was otherwise a humiliating, and deadly, retreat.