“How about travel restrictions for bureaucrats who lied to Congress about funding gain-of-function research at the Wuhan lab?” Cotton said in a tweet that shows Fauci being interviewed on MSNBC, where he said domestic travel within the United States “is on the table for discussion.”

How about travel restrictions for bureaucrats who lied to Congress about funding gain-of-function research at the Wuhan lab? https://t.co/AcTZpEvpwh

When asked if American should become more like Europe, where travelers have to show proof of vaccination or a negative coronavirus test to travel from country to country, Fauci said, “well, that’s under consideration.”

“I think that if in fact if it is seriously considered, it’s on the table. We are not there yet,” Fauci said. “Requiring vaccination for travel is something that is on the table for discussion,” Fauci said 30 seconds later.

Fauci denied in May the National Institute of Health (NIH) funded such gain-of-function research.

“That categorically was not done,” Fauci told the House Appropriations subcommittee, denying he funded “gain of function” research, a process which encompasses “taking a virus that could infect humans and making it either more transmissible and/or pathogenic for humans.”

Fauci to date has yet to address critic’s reporting the work was done but has admitted the NIH funded the Wuhan lab. 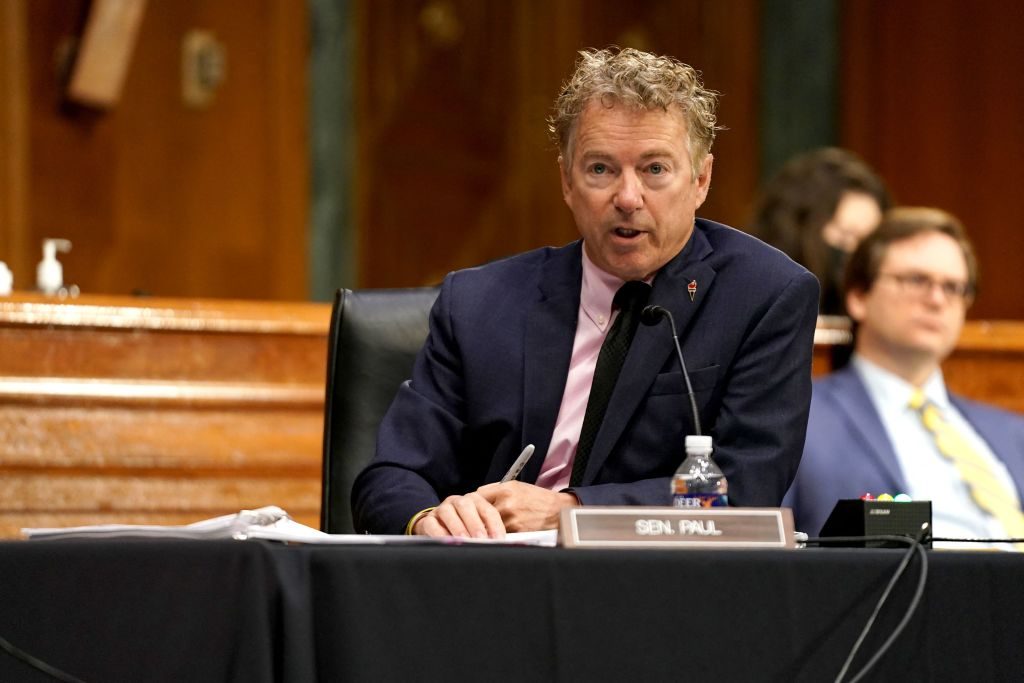 Sen. Rand Paul (R-KY) questions Dr. Anthony Fauci, director of the National Institute of Allergy and Infectious Diseases, about gain of function research during a Senate Health, Education, Labor and Pensions Committee hearing to discuss the on-going federal response to Covid-19 on May 11, 2021 (GREG NASH/POOL/AFP via Getty Images)

Sen. Rand Paul (R-KY), another critic of Fauci, said in May that Fauci committed perjury over his gain of function comments related to China’s Wuhan lab. Paul was asked on Real America’s Voice, “Do you believe he [Fauci] perjured himself?”

“Absolutely, he lied to the American people,” Paul said. “There was gain of function research going on with Dr. Shi Zhengli at the Wuhan Institute.”