President Joe Biden’s proposal to tax the oil and gas industries in the reconciliation bill would be costly to both the economy and in terms of job loss, an analysis by the American Petroleum Institute’s Energy Citizens initiative found.

“If implemented, the new tax could cost American jobs, increase costs for U.S. natural gas and oil, and outsource energy production – often to adversarial nations with less stringent environmental records,” the announcement of the analysis said.

The analysis found that the tax proposal would result in $9.1 billion in direct costs to the economy and could mean the loss of 90,000 American jobs. 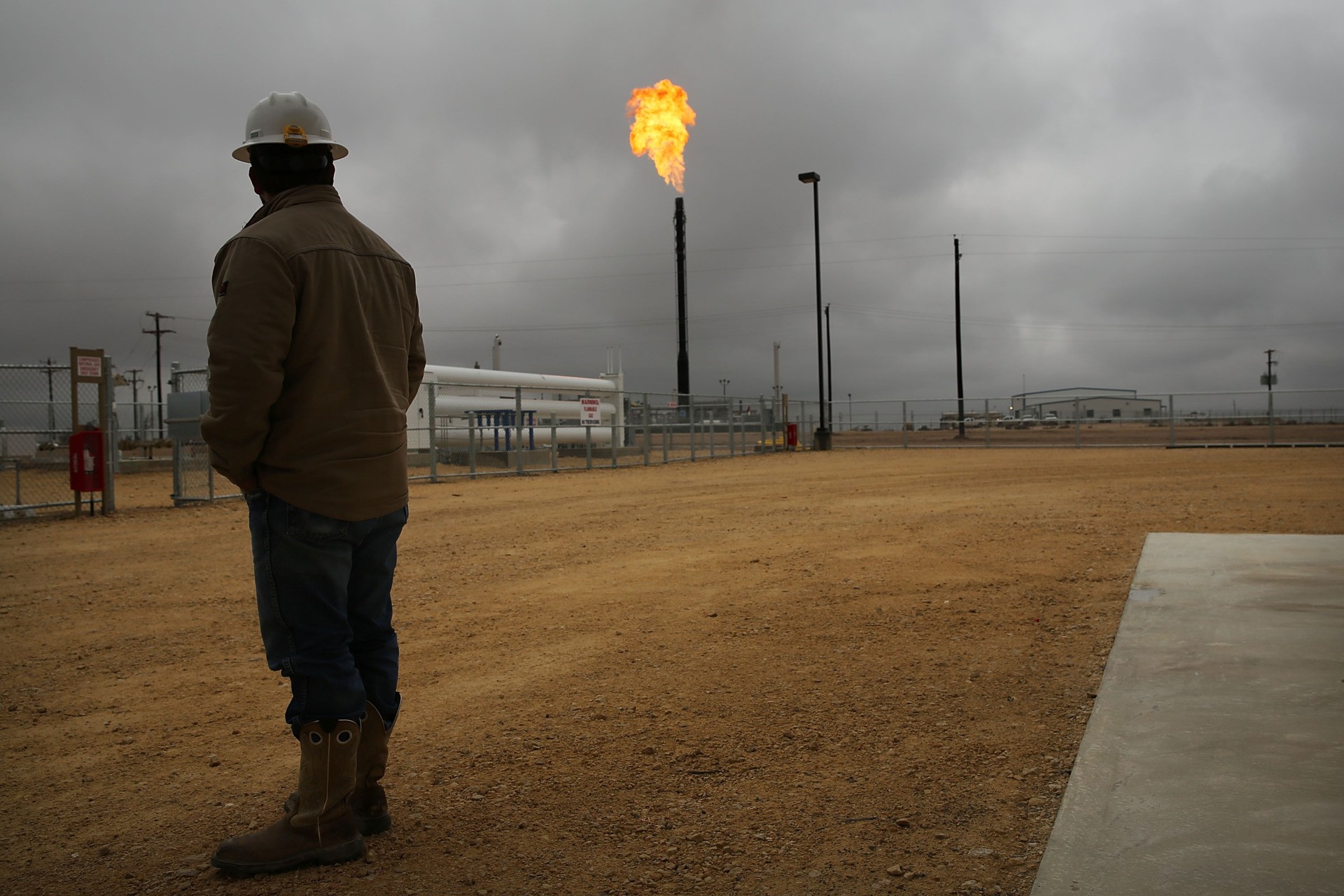 Flared natural gas is burned off at Apache Corporations operations at the Deadwood natural gas plant in the Permian Basin. (Spencer Platt/Getty Images).

To put those figures in perspective, the analysis said “all the Solar Panel Installer & Wind Turbine Service Technician jobs in America (17,350) amount to just 19 percent of the potential job losses resulting from the natural gas tax.”

“As inflation drove prices higher on most U.S. consumer goods, including gasoline, the Biden administration became so concerned last month that it turned to OPEC and Russia to plead for an increase in oil production,” an email from API said, adding that the president’s request was rejected.

“President Biden and Democratic Congressional leaders are now pushing for regulations that’d make it more costly to operate the industry powering America’s economic recovery,” the press release pushing back on the tax said.

The analysis said Biden’s proposed tax “would likely increase the cost of oil production in America, which could make gasoline more expensive for consumers. About one half of the natural gas and oil industry’s methane emissions were related to oil production according to The International Energy Agency.”

“Given natural gas and oil’s role in powering the majority of energy in the U.S., the fallout from the new natural gas tax could ripple throughout the American economy and the public already being squeezed by inflation,” the release said.

The National Taxpayers Union also weighed in on the proposed tax.

“Among the most troubling provisions in this legislation are slush funds that could artificially manipulate the cost of certain forms of energy relative to others,” the Union said.

The agriculture sector, for example, is the largest source of methane emissions but is excluded from the proposed tax.

“In fact, the sources responsible for 70% of U.S. methane emissions are excluded,” the analysis said.