The San Francisco Chronicle’s Mariecar Mendoza, who was in attendance, spotted the mayor and spoke to her following an “impromptu” performance from Oakland’s Raphael Saadiq and D’Wayne Wiggins of Tony! Toni! Toné!

“The fact that we have not been able to enjoy live music in this way since the beginning of this pandemic made it even that much more special and extraordinary,” Breed said.

“ I was really honored and really in disbelief when I sat here and watched what I felt was history in the making,” she added.

Mendoza observed that most in the venue did not wear a face covering, including the Democrat mayor.

“Breed — who had a table of drinks in front of her and was often holding one — spent the night dancing, singing along and posing for photographs without a face covering,” Mendoza wrote:

I chose to go to @sfblackcat last night for my first indoor concert since the pandemic … and this happened pic.twitter.com/x68lRya0Wh

Breed, however, appeared to justify her decision by telling the Chronicle that she gets tested frequently, noting that everyone in the venue had to show proof of vaccination, which the mayor said gave her “a lot of reassurance.”

“I’ve been very careful, not just because I want to set an example but because I don’t want to get COVID,” Breed said.

“I also want to make sure that I’m not someone transmitting COVID to other people,” she added. “This entire pandemic has been focused on keeping people safe.”

However, her city’s rule specifically states that, per public health orders, “almost everyone must wear a mask.”

“You must now wear a mask in indoor public buildings even if you are fully vaccinated,” the city’s website reads.

The press release announcing the orders specifically states, “The Orders require all individuals, regardless of vaccination status, to wear face coverings when indoors in public settings, with limited exceptions, starting at 12:01 a.m. on Tuesday, August 3rd.”

This is not the first time Breed has demonstrated a gross double standard, as she dined at the French Laundry restaurant despite the city’s “strongly” discouraging social gatherings. However, she maintained she did not technically violate an order.

San Francisco as a whole is no stranger to its elected officials failing to apply the rules to themselves. Last year, a maskless House Speaker Nancy Pelosi (D-CA) famously went to a salon as the city remained shuttered by restrictions. The 81-year-old speaker subsequently blamed the salon, accusing it of setting her up, and she demanded an apology: 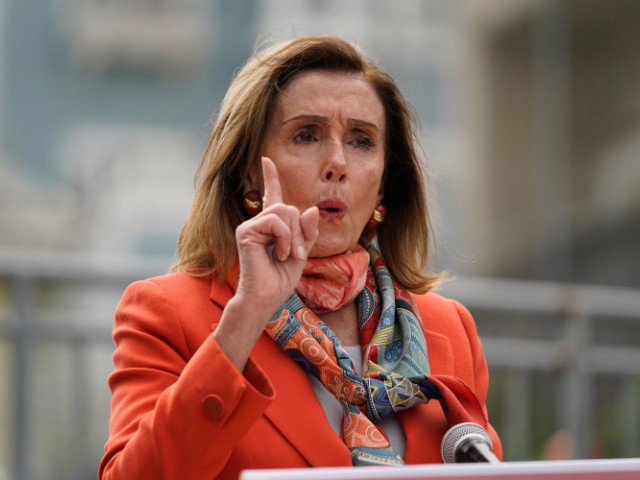 House Speaker Nancy Pelosi gestures while speaking about her visit to a hair salon during a news conference at the Mission Education Center Elementary School Wednesday, Sept. 2, 2020, in San Francisco (AP Photo/Eric Risberg).