Breitbart News sat down with Arizona gubernatorial hopeful Kari Lake this week and she stressed “we do not have a country without the Second Amendment.”

Lake talked to Breitbart News about the change she witnessed in the country during the 2020 gun buying surge, noting, “I know people who didn’t even understand the Second Amendment a year and half ago, and now you could almost call them gun nuts.”

Gun sales have been up nationwide for months but are specifically up in seven swing states as the November 3, 2020, election approaches. https://t.co/s8N6P0ZS2A

She said, “You know, I know, they are trying to take away our rights, our freedoms, our liberties, and the only thing that is keeping us America, and not turning us into Australia, is our guns. If we did not have our guns right now they would have taken our power  and we would be powerless. We would not be America.”

Breitbart News asked Lake what she would do, as governor, to protect the Second Amendment rights of Arizonans.

Lake responded, “We’re really fortunate here in Arizona. The freedoms we enjoy have been well-protected.” She noted how Texas just adopted constitutional carry on September 1 of this year, something that Arizona adopted in 2010. 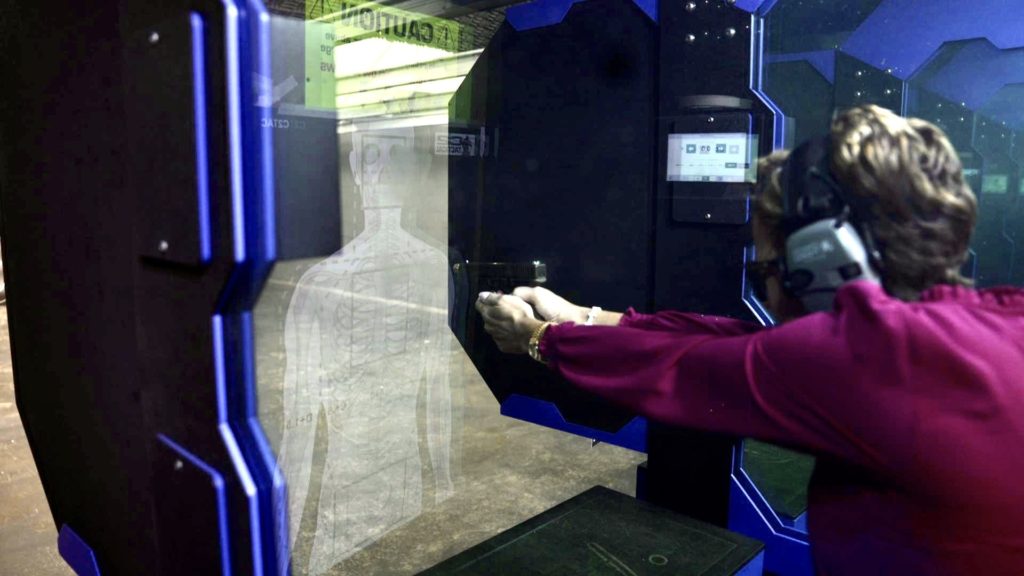 Kari Lake takes aim: “If we did not have our guns right now they would have taken our power  and we would be powerless. We would not be America. (Picture courtesy Jeff Halperin)

Then she said, “We need to preserve those Second Amendment freedoms. And as governor I will never, ever sign a piece of legislation that takes away one scintilla of our Second Amendment rights. As a matter of fact, we need to look at some of the laws we have on the books that might actually be infringing those rights.”

Lake pointed out Arizona is a Second Amendment sanctuary state, and noted, “If Joe Biden gets bossy with us he needs to know up front that he and his people will never take my guns away in Arizona, they will never take our daughter’s guns, my husband’s guns, or our ammo.”

She concluded, “If you haven’t woken up to the fact that our Second Amendment is holding this country together, then you need to take a close look at what this country was founded on and what our Founding Fathers saw coming; what they prepared us for with the Second Amendment.”