Senate Parliamentarian Elizabeth MacDonough has reportedly ruled that Democrats’ plan to slip a massive amnesty for millions of illegal aliens into a budget reconciliation package is outside the scope of budgetary matters, likely crushing the plan.

On Sunday evening, MacDonough ruled the amnesty plan can likely not be included in a budget reconciliation package — a filibuster-proof maneuver that only needs majority support in the Senate.

“Changing the law to clear the way to [lawful permanent resident] status is tremendous and enduring policy change that dwarfs its budgetary impact,” MacDonough wrote in her decision rejecting the amnesty’s inclusion.

News: The Senate parliamentarian has come down and it likely shuts down including a pathway to citizenship in reconciliation

New – Senate parl ruling on immigration that appears to close the door on including a pathway to green cards in the reconciliation bill. Key line: “Changing the law to clear the way to LPR status is tremendous and enduring policy change that dwarfs its budgetary impact.” pic.twitter.com/KOYdrKtcsB

As part of their $3.5 trillion budget, Democrats for months had hoped to slip an amnesty for illegal aliens enrolled and eligible for the Deferred Action for Childhood Arrivals (DACA) program, those employed on United States farms, those with Temporary Protected Status (TPS), and those deemed “essential workers.”

In August, a budget resolution framework put forth by Democrats revealed the amnesty would cost American taxpayers at least $107 billion.

All along, though, Democrats and President Joe Biden were relying on MacDonough to approve the amnesty’s inclusion in a reconciliation package because they lack the votes to pass the plan using standard House and Senate rules. 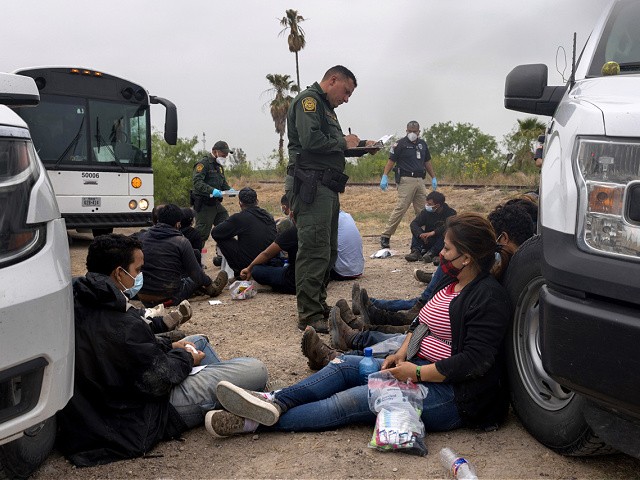 A U.S. Border Patrol agent registers immigrants before bussing them to a processing center near the U.S.-Mexico border on April 13, 2021, in La Joya, Texas. A surge of immigrants making the arduous journey from Central America to the United States has challenged U.S. immigration agencies along the southern border. (Photo by John Moore/Getty Images)

Late last week, MacDonough heard arguments from Democrats as to why the amnesty should be included in a budget reconciliation package. Biden was relying on the inclusion of the amnesty plan to get across the finish line one of his top priorities for his voter base and the political establishment’s donor class.

“I strongly support giving Dreamers, TPS recipients, farmworkers, and essential workers the long-awaited pathway to citizenship they deserve,” Biden said this past week in an address. “I’m working closely with Congress right now to finally make that a reality.”

Particularly for the donor class, investors, and big business lobby, the amnesty would flood the U.S. labor market with millions of newly legalized foreign workers while shifting wealth to the nation’s coasts — a boon for blue states and blue cities. 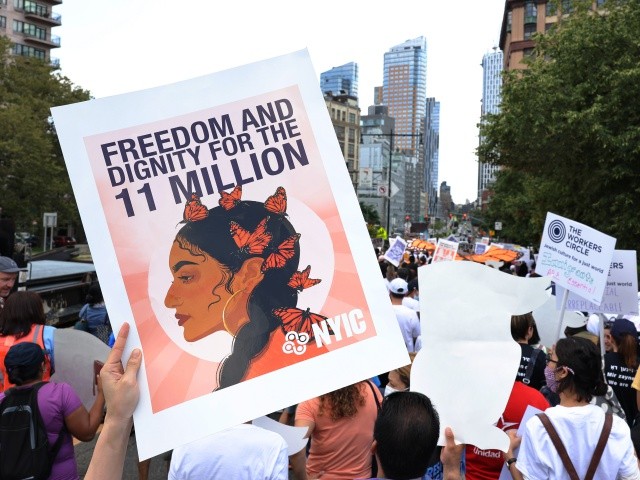 People participate in a march in support of a pathway to citizenship for immigrants on July 23, 2021, in New York City. Various organizations, elected officials and immigrant essential works gathered for a national day of action demanding a pathway to citizenship to be included in the infrastructure package, after it was announced last week that Congressional Democrats that the package will include the provision. (Photo by Michael M. Santiago/Getty Images)