The Senate’s parliamentarian will hold a formal hearing on Friday where Democrats will claim they can insert four gigantic amnesties in the pending $3.5 trillion budget bill.

The news comes as business groups — including Mark Zuckerberg’s FWD.us — accelerate their amnesty lobbying with front-page ads in the Washington Post, a petition from supportive politicians, and a skewed poll that managed to get only 34 percent “strong” support for the wealth-shifting amnesties.

The parliamentarian’s decision is critical to the amnesty because the Democrats know they cannot get 60 votes in a normal Senate debate.

But if the amnesty is allowed into the unusual “budget reconciliation” bill, it can pass the Senate with the Democrats’ 50 Senators plus the tie-breaking vote from Vice President Kamala Harris. Democrats expect they can overpressure possible resistance from Sen. Kyrsten Sinema (D-AZ) or Sen. Joe Manchin (D-WV), whose poor state will be further sidelined by the amnesty and the subsequent rush of more illegal migrants.

The parliamentarian, Elizabeth MacDonough, will make her decision after the Friday argument. 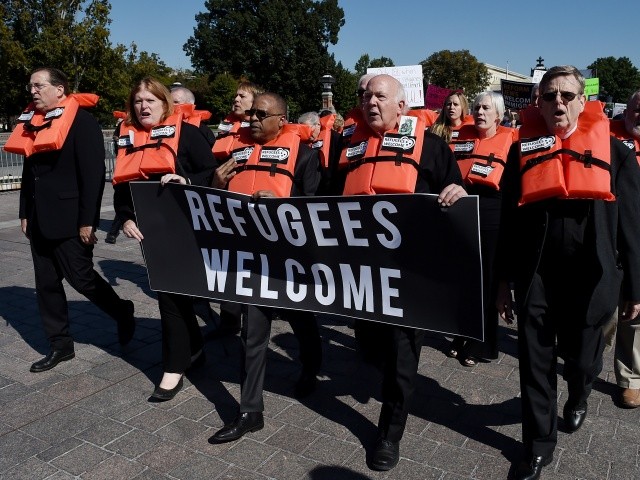 She may exclude the amnesties because they are policy priorities marketed as budget matters. If so, her decision would likely end the Democrats’ push in 2021. She is a former immigration lawyer — but a lawyer for the government, not a lawyer for foreign clients who are seeking to get U.S. citizenship.

During her term in office, she has already rejected claims by both parties. The Hill.com wrote:

In 2017, she warned that a Senate GOP’s plan for repealing ObamaCare didn’t comply with the rules. And earlier this year, she warned Democrats that their $15 per hour minimum wage plan couldn’t be passed under the budget process, resulting in it being stripped out of the bill in the Senate.

MacDonough will face tremendous pressure and will be offered many rationalizations from Democrats and the many business groups that want more imported workers, consumers, and renters.

If she rejects the pro-amnesty claims, Democrats can replace her — unless a few Democratic Senators privately tell Democratic leaders that they will vote against the amnesty if the parliamentarian is removed. Some Democrats make the private threat because the amnesty will tilt the nation’s economy further in favor of the wealthy coastal states and against smaller states such as New Hampshire, Maine, Montana, and New Mexico.

Democrats are presenting the amnesties as just rewards to the four groups of illegals: Those who were hired by employers for Americans’ jobs in sectors deemed “critical” by the government, those who are hired by farm companies to minimize spending on wage-boosting machinery, illegals who won “Temporary Protected Status” when their home countries were temporarily damaged by war or natural disasters, and illegals who were brought into the United States by their illegal-migrant parents. 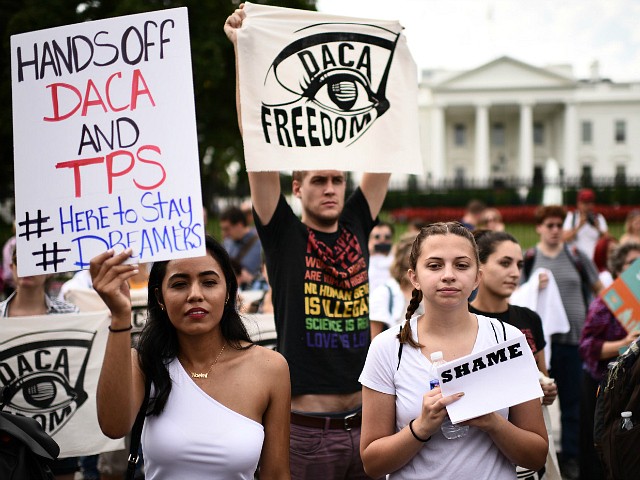 Immigrants and supporters demonstrate during a rally in support of the Deferred Action for Childhood Arrivals (DACA) in front of the White House on September 5, 2017 in Washington DC. (ERIC BARADAT/AFP/Getty)

The proposed amnesties impose huge costs on Americans. But they include no reforms that would reduce the burden of future illegal and legal migration into Americans’ workplaces, housing markets, schools, and politics.

This push is being funded by Mark Zuckerberg’s FWD.us network of coastal investors who stand to gain from more cheap labor, government-aided consumers, and urban renters. The network has funded many astroturf campaigns, urged Democrats not to talk about the economic impact of migration, and manipulated coverage by the TV networks and the print media.

The breadth of investors who founded and funded FWD.us was hidden from casual visitors to the group’s website sometime in early 2021. But copies exist at the other sites.

The group has used its contacts in the White House to surround Biden with pro-amnesty advocates — including invited groups of illegal migrants — and to feed him poll-tested pitches:

Each year, four million young Americans enter the workforce. They are forced by their government to compete against a growing population of illegal migrants, against one million new legal immigrants, and against the resident workforce of roughly two million temporary guest workers. 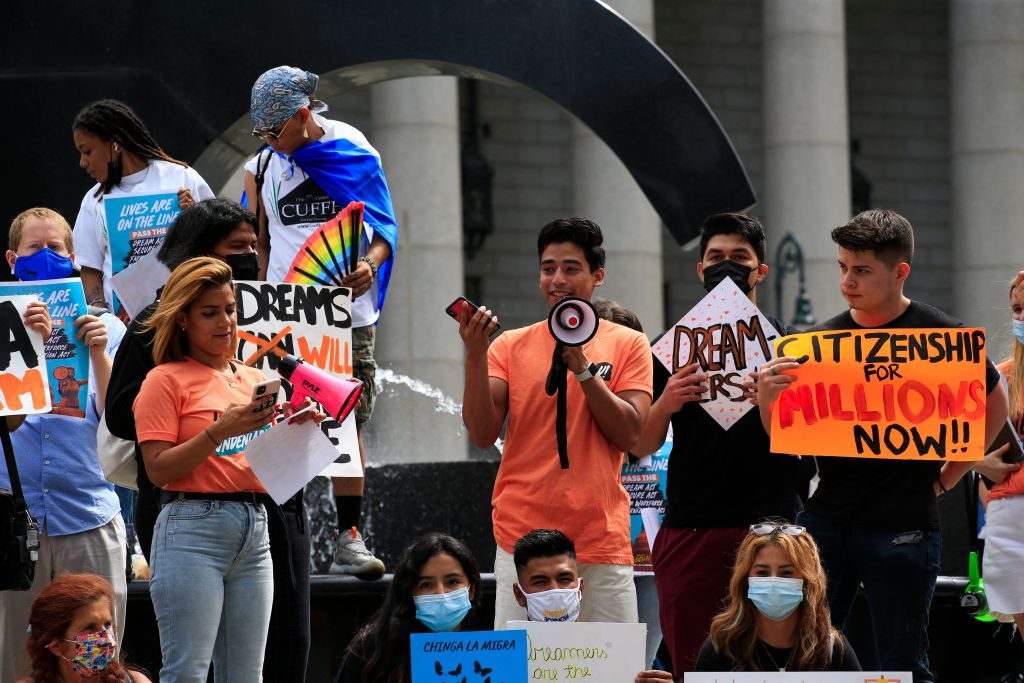 Also, Democratic voters show modest interest in the proposed amnesty, despite the massive astroturf spending.  Just four out of 285 Democrats — or 1.4 percent — polled in August said “immigration” is a top problem, according to an August 24 statement from Gallup.

However, the GOP’s opposition to the amnesties has been tepid — largely because the GOP’s top donors want more cheap labor, government-aided consumers, and room-sharing renters.