Lightfoot pitched the idea during her budget address on Monday. The program, which would last a year, would be a part of the city’s proposed $16.7 billion budget.

The mayor described the $31.5 million “cash assistance program” as a way to help “hard-hit, low income households in need of additional economic stability.” 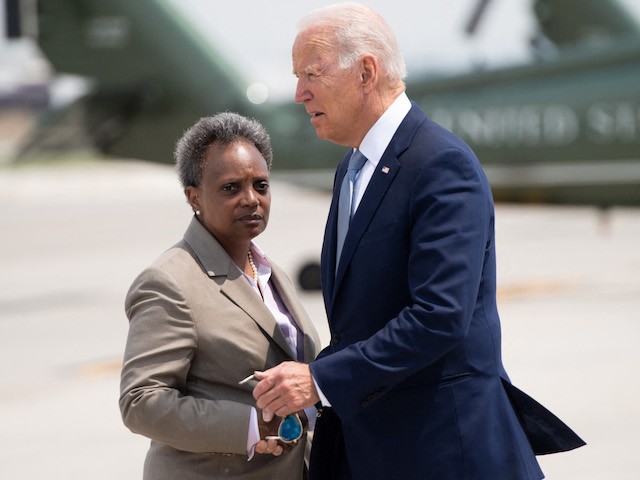 US President Joe Biden greets Chicago Mayor Lori Lightfoot (L) as he disembarks from Air Force One upon arrival at O’Hare International Airport in Chicago, Illinois, July 7, 2021, as he travels to promote his economic plans in Illinois. (Photo by SAUL LOEB/AFP via Getty Images)

“The idea has been discussed before in Chicago, including earlier this year by city aldermen. Similar pilot efforts, called universal basic income, have been tested elsewhere including in California and New York,” according to the report.

Between 18 percent and 20 percent of Chicagoans live in poverty, according to U.S. Census Bureau estimates. However, other government financial assistance in the city — especially welfare — has been accused of exacerbating the city’s poverty problem.

“The research suggests that future anti-poverty policies will be most successful if they directly incentivize labor force participation,” the Chicago Policy Review reported. The Illinois Policy Institute went as far as to say that welfare can disincentivize people from finding better-paying jobs because they would no longer qualify for government assistance. 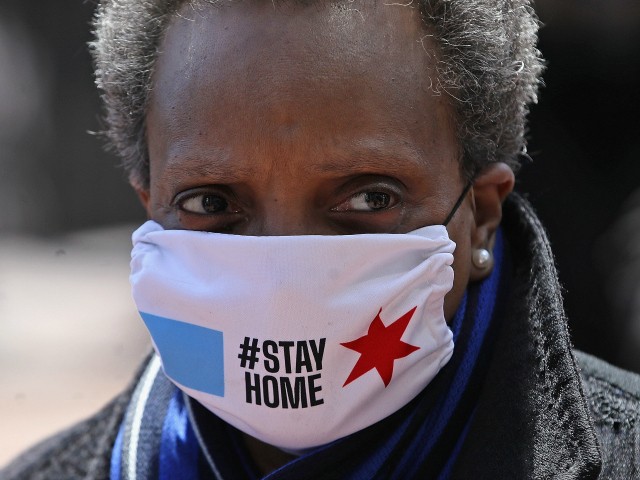 Chicago mayor Lori Lightfoot arrives at Wrigley Field on April 16, 2020, in Chicago Illinois. Wrigley Field has been converted to a temporary satellite food packing and distribution center in cooperation with the Lakeville Food Pantry to support ongoing relief efforts underway in the city as a result of the COVID-19 pandemic. (Photo by Jonathan Daniel/Getty Images)

The Windy City is expected to receive $1.9 billion in federal relief funds, “which Lightfoot wants to use to plug budget holes in the coming years as Chicago sees increasing pension costs.”

The plan also includes more money for police, affordable housing, and planting 75,000 trees, among other projects.