His Fraudulency Joe Biden’s call for fascist federal vaccine mandates has done nothing to increase the vaccination rate.

On September 9, when this doddering old fool made his fascist announcement, 786,493 people got vaccinated.

After that, the number did increase a bit but has still not risen to the September 9 number.

There could be any number of reasons for this. First off, the daily vaccination number was already decreasing on September 9. Secondly, things are naturally going to drop off after pretty much everyone who wants to get vaccinated is vaccinated.

So let me be very clear on one point. I am NOT claiming Biden’s announcement backfired and that he is the reason for the drop in vaccination rates. Nothing in the data supports that.

What is pretty straightforward, though, is that Biden’s threat that if you don’t get vaccinated, you might not be allowed to hold a job, did nothing to move the needle.

What we also know is that Biden made this announcement for four reasons.

The first is that with his poll numbers sagging, primarily due to his feckless handling of Afghanistan and the economy, he wanted to appear presidential and decisive.

Secondly, he wanted to change the national conversation; he wanted to stop us from talking about how he handed the Taliban hundreds of American hostages and tens of billions of dollars in operational U.S. war equipment.

President Joe Biden pauses as he speaks about the bombings at the Kabul airport that killed at least 12 U.S. service members, from the East Room of the White House, Thursday, Aug. 26, 2021, in Washington. (AP Photo/Evan Vucci)

Third, this was an opportunity to appeal to his fascist left-wing base, and he must hold that base to stop his numbers from caving-in entirely.

Fourth, this was yet another opportunity for Biden to demean and dehumanize the unvaccinated, who the organized left (Democrats, the media, celebrity, etc.) imply are only Trump supporters.

And His Fraudulency does this because he knows that the best way to convince the unvaccinated to remain unvaccinated is by dehumanizing, demeaning, and bullying them.

My message to unvaccinated Americans is this: What more is there to wait for? What more do you need to see?

We have made the vaccinations free, safe, and convenient. The vaccine has FDA approval. Over 200 million Americans have gotten at least one shot.

Do the right thing.

If you doubt that, please tell me when dehumanizing, demeaning, and bullying someone convinced them to do anything?

No one has done a better job of convincing people NOT to get vaccinated than His Fraudulency.

First off, during the campaign, both Joe Biden and her Vice Fraudulency Kamala Harris repeatedly told their voters not to trust the “Trump vaccine,” which appears to have worked beautifully in the black community, which is disproportionately unvaccinated.

Then, after being fully vaccinated, Biden undermined vaccine confidence by continuing to wear a mask, even while outdoors—something he’s doing again now. 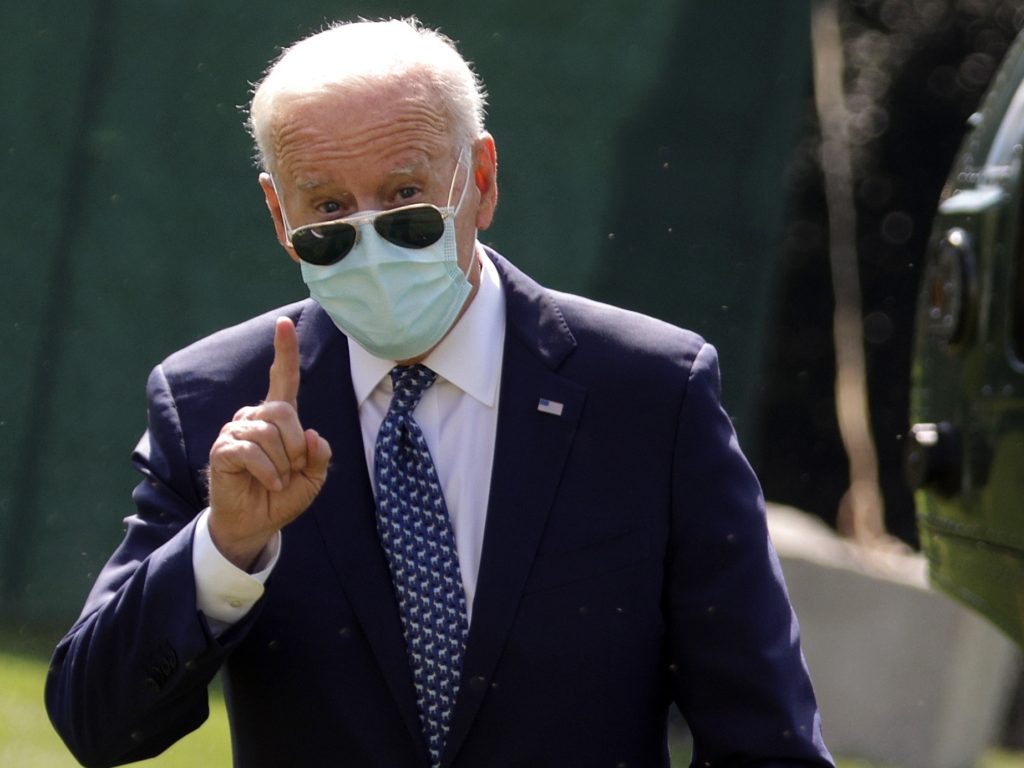 Gee, do you think Biden’s anti-science talk about the vaccinated requiring a booster increased or decreased confidence in this miracle vaccine?

Let me put it this way…

Why are the media and Democrats not furious over the fact that Biden is importing tens of thousands of unvaccinated people during a pandemic?

There’s only one answer…

These tens of thousands of illegal aliens are being seeded throughout the country, so Biden does NOT want them vaccinated.

The left wants us dead.

There is no other answer.