Breitbart News reported one 15-year-old was shot and fatally wounded Tuesday afternoon. NBC 5 noted that he was shot “in the 8300 block of South Holland Road” about 2:40 p.m.

A second 15-year-old, Kentrell McNeal, was fatally shot “in the 5200-block of Lake Park Avenue outside a Hyde Park McDonald’s” around 6:20 p.m. 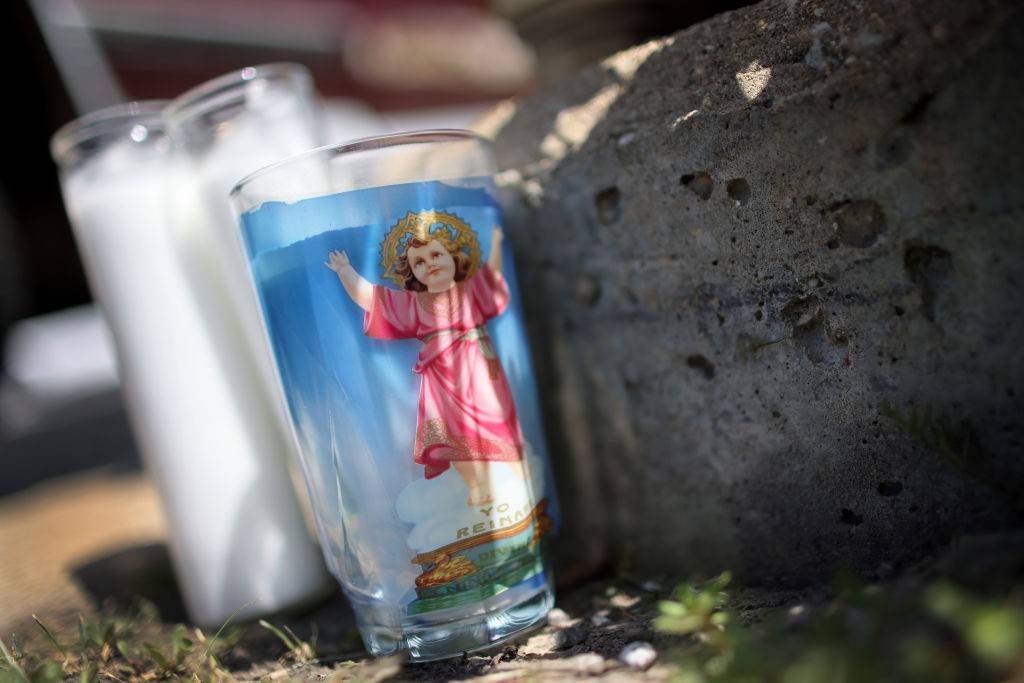 A small makeshift memorial sits along the road near the site where two young girls were shot after leaving their grandmother’s home yesterday on August 16, 2021 in Chicago, Illinois. The two girls were shot as their mother was buckling them in her vehicle. (Scott Olson/Getty Images)

Both 15-year-olds were students at Simeon High School.