An Afghan man, brought to the United States as part of President Joe Biden’s massive resettlement operation out of Afghanistan, has pleaded not guilty to strangling and suffocating his wife while temporarily living at Fort McCoy in Wisconsin.

On Wednesday, the Department of Justice (DOJ) announced federal charges against Mohammad Haroon Imaad, a 32-years-old Afghan who had recently been brought to the U.S. as part of the Biden resettlement operation. 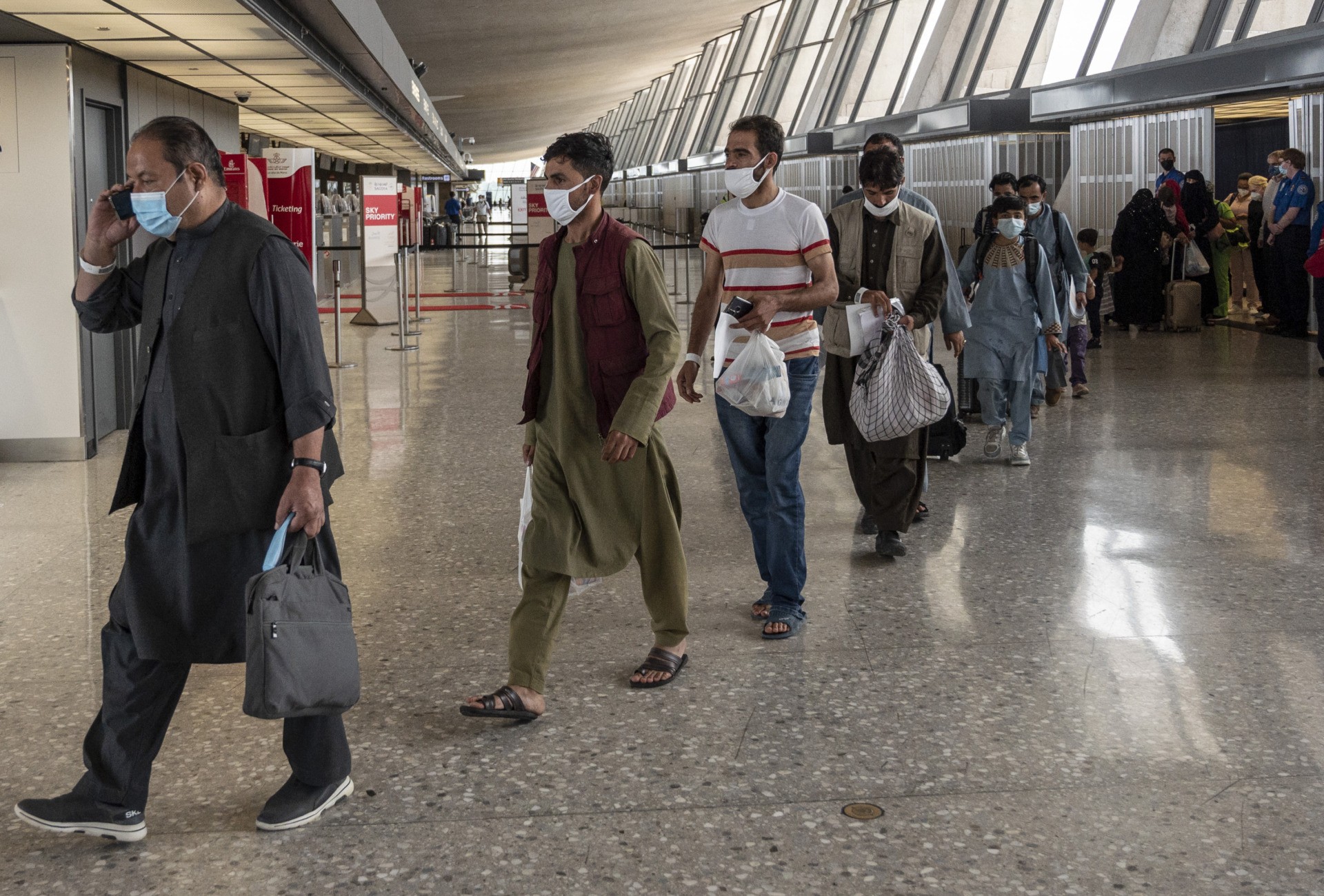 Refugees from Afghanistan are escorted to a waiting bus after arriving and being processed at Dulles International Airport in Dulles, Virginia on August 23, 2021. (ANDREW CABALLERO-REYNOLDS/AFP via Getty Images).

Imaad is accused by prosecutors of strangling and suffocating his wife while temporarily living at Fort McCoy. The alleged assault apparently took place on September 7.

The Wisconsin State Journal reports that Imaad has since entered a not guilty plea.

Details of the alleged abuse by Imaad is detailed by the Journal, in which his wife allegedly told American soldiers at Fort McCoy that her husband had a long history of beating her, to the point where she lost her vision, and their children:

She also told the soldiers that Imaad had struck their children on multiple occasions. [Emphasis added]

The woman said this was not the first time she was assaulted by Imaad and that he had “beat me many times in Afghanistan to the point I lost vision in both eyes.” She told a soldier Imaad threatened to kill her or send her back to Afghanistan “where the Taliban could deal with her.” [Emphasis added]

On Sept. 9, the woman fainted and received medical treatment. She told a soldier that Imaad had hit, choked, verbally abused and assaulted her since she arrived at Fort McCoy. [Emphasis added]

Imaad’s immigration status, whether he arrived as a refugee, a Special Immigrant Visa-holder (SIV), a P-2 visa-holder, or as a parolee remains unclear. His jury trial date is set for November 1.