Nancy Pelosi (D-CA) defended the pro-abortion Women’s Health Protection Act on Thursday, insisting that “every woman, everywhere has a constitutional right” to abortion.

Asked for a reaction to a statement by San Francisco Archbishop Salvatore Cordileone who said this week that the abortion bill is “child sacrifice,” Pelosi declared that the Archbishop and I “have a disagreement.”

In his strongly worded statement, Archbishop Cordileone said it is “especially shameful that any self-professed Catholic would be implicated in such an evil, let alone advocate for it,” adding that the bill “is surely the type of legislation one would expect from a devout Satanist, not a devout Catholic.”

“To Catholic politicians in particular, I implore you to listen to the words of Pope Francis who just last weekend, during his flight back to Rome from Slovakia, said: ‘Abortion is more than a problem. Abortion is homicide,’” the archbishop said. 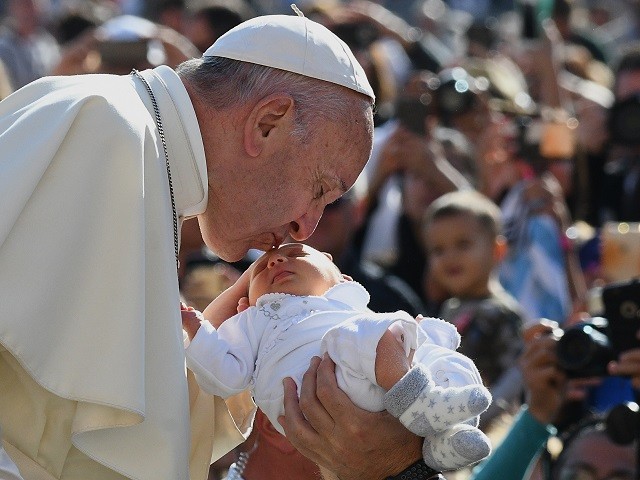 Pope Francis kisses a baby upon his arrival for his weekly general audience at St. Peter’s Square (VINCENZO PINTO/AFP/Getty Images).

“Any reasonable person with a basic sense of morality and inkling of decency cannot but shudder in horror at such a heinous evil being codified in law,” he declared.

In her press briefing, Pelosi said it is “none of our business how other people choose the size and timing of their families.”

Passing the Women’s Health Protection Act is a “very exciting day,” Pelosi said. “We’ve long been supporters of Roe v. Wade. We haven’t been able to codify it because we never had a Democratic pro‑choice Majority with a Democratic President, and now we do, and now we do.”

“Every woman, everywhere has a constitutional right to basic reproductive health, yet for years that has been questioned by some,” she added. “And so, you know about the Texas law and the rest of that.”

In his statement this week, Cordileone said the proposed legislation “is nothing short of child sacrifice, and clearly in reaction, among other things, to the recently passed Texas Heartbeat bill,” an assertion backed up by Pelosi’s comments. 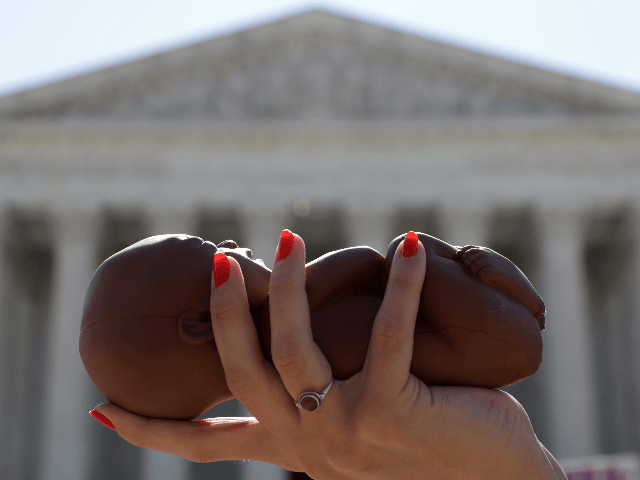 A pro-life activist holds a model fetus during a demonstration in front of the U.S. Supreme Court June 29, 2020, in Washington, DC (Alex Wong/Getty Images).

The “misnamed” Women’s Health Protection Act of 2021 shows “to what radical extremes the supposedly ‘Pro-Choice’ advocates in our country will go to protect what they hold most sacred: the right to kill innocent human beings in the womb,” he declared.