As you may know, President Biden and the Democrats in Congress have proposed a $3.5 trillion bill that they say would strengthen the social safety net, invest in climate policy, expand Medicare, childcare and paid leave, create universal pre-K and make incentives for green energy adoption. Knowing this, do you favor or oppose Congress passing this $3.5 trillion bill?

Among those who “strongly oppose” the legislation, Iowa marks at 43 percent, New Jersey at 42 percent, and Virginia at 46 percent. 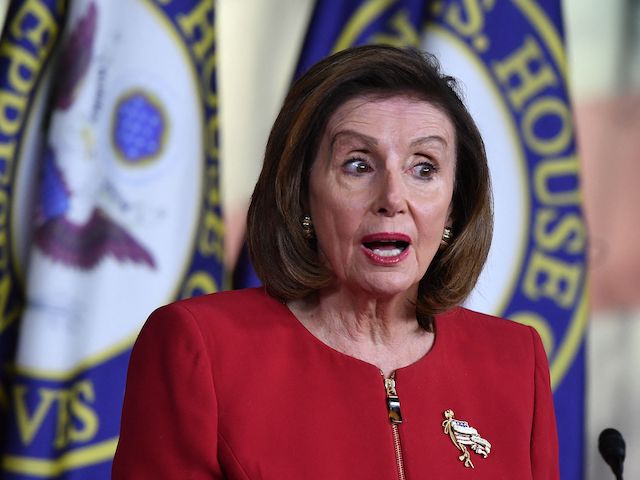 House Speaker Nancy Pelosi (D-CA) speaks during a press conference at the US Capitol in Washington, DC, on September 8, 2021. (Mandel Ngan/AFP via Getty Images)

The poll also notes certain provisions that voters in the swing districts oppose:

The poll also revealed families in the districts believe the package will further injure the economy. Respondents were asked if they agreed that:

After $6 trillion in spending for COVID relief and infrastructure, inflation is already hurting our economy. Prices for groceries, gas and everyday items are skyrocketing and we can’t afford to increase the cost of living further with another $3.5 trillion in wasteful spending. 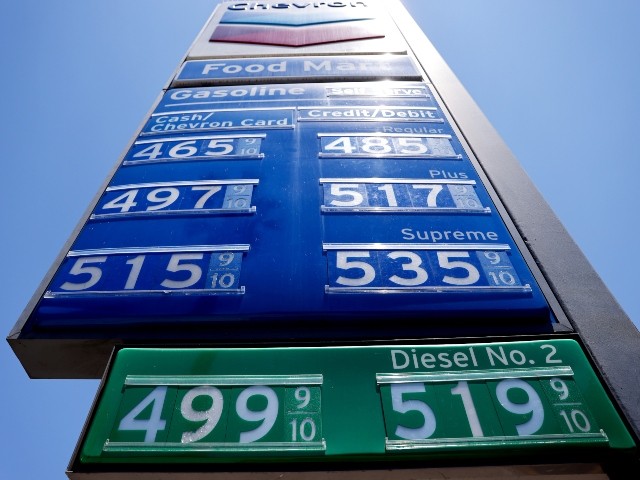 LOS ANGELES, CALIFORNIA – JUNE 14: Gas prices are displayed at a Chevron station on June 14, 2021 in Los Angeles, California. The average price for a gallon of gasoline continues to rise amid inflation fears with the current rate of regular grade up to $3.13 nationwide. In California, the average price is now over $4.00. (Photo by Mario Tama/Getty Images)

It should be noted the language of the polling is primarily generous to Democrats, yet Biden’s massive package is “deeply unpopular” with working families.

The American Action Network suggests Biden’s “tax and spending bill will undoubtedly be a problem for the Members who support it.”

“Not only will this further increase costs for all Americans, lower wages and increase taxes on a majority of small businesses, but the money is being spent on the wrong priorities,” the poll analyzes. “Rather than helping the middle class, this bill prioritizes a park in Speaker Pelosi’s district, tax credits for liberal elite universities and handouts for millionaires who buy luxury vehicles.”

The poll was conducted from September 18-21 with a 4.9 margin of error.