Former Minneapolis police officer Derek Chauvin will have to pay for his own attorney when appealing his murder conviction and sentence in the death of George Floyd, the Minnesota Supreme Court has ruled.

Last month, when Chauvin filed his appeal to overturn previous convictions of second and third-degree murder and second-degree manslaughter, documents reveal that he filed for a pauper status, claiming he was $142,000 in debt and in need of a public defender.

“I do not have a sufficient source of income, besides nominal prison wages, which are being used to pay off fees from the above captioned case,” Chauvin wrote. “My only assets are two retirement accounts. If I take funds from said accounts, I will be significantly penalized and the remained will likely be taken to pay off debts. I also owe the IRS about $60,000 and the State about $37,000.” 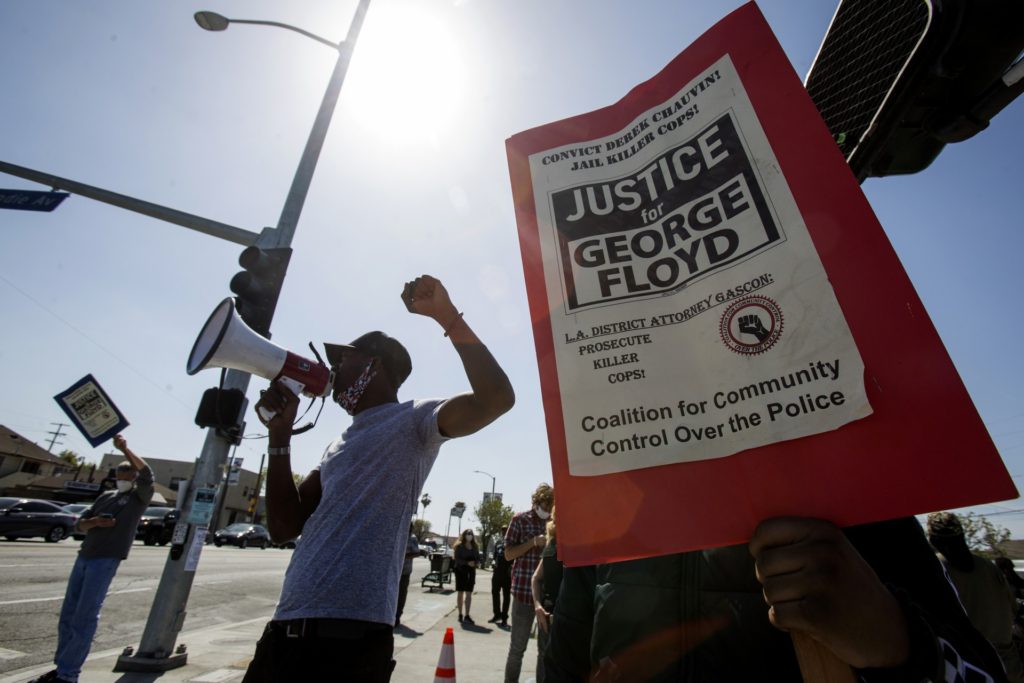 In this April 20, 2021, file photo, people take part in a rally in Los Angeles after a guilty verdict was announced at the trial of former Minneapolis police Officer Derek Chauvin for the 2020 death of George Floyd. (AP Photo/Ringo H.W. Chiu, File)

In its ruling on Wednesday, the Minnesota Supreme Court determined that Chauvin had failed to properly establish his need for a public defender. As Vice noted, during Chauvin’s highly publicized trial, his defense attorney Eric Nelson was covered by the Minnesota Police and Peace Officers Association, which ceased after a jury convicted Chauvin in May for the murder of George Floyd. He was sentenced to 22 and a half years in prison.

When filing his appeal this past September, Chauvin argued that Judge Robert Cahill “abused his discretion” when he denied his request to move the trial out of Hennepin County due to pretrial publicity and when he refused to have the jury sequestered despite the intense publicity surrounding the case. Prior to Chauvin’s conviction, Judge Robert Cahill notably said the former officer could have a case for appeal after Congresswoman Maxine Waters (D-CA) said people should “get more confrontational” if a guilty verdict is not delivered. Waters stated:

We’re looking for a guilty verdict. And we’re looking to see if all of this [inaudible] that took place and has been taking place after they saw what happened to George Floyd. If nothing does not happen, then we know, that we’ve got to not only stay in the street, but we’ve got to fight for justice, but I am very hopefully and I hope that we’re going to get a verdict that will say guilty, guilty, guilty. And if we don’t, we cannot go away.

Waters’ comments were issued before the jury had been sequestered.

Even if Chauvin’s conviction were to be overturned, he and the three officers involved in George Floyd’s death still face federal charges of violating Floyd’s civil rights in ways that led to bodily injury and death.