Global food prices have reached a decade high and increased for the second month in a row in September, according to a Thursday report from the Food and Agriculture Organization (FAO).

The FAO Food Price Index (FFPI), which measures the monthly change in international prices of a basket of food commodities, averaged 130.0 points in September 2021 — that rate is 32.1 points higher than the same month last year and up 1.5 points from August. The FFPI has not reached these levels since 2011 when it hit 131.9.

The increase was largely spurred by “tightening supply conditions and robust demand for staples such as wheat and palm oil,” the FAO reported. 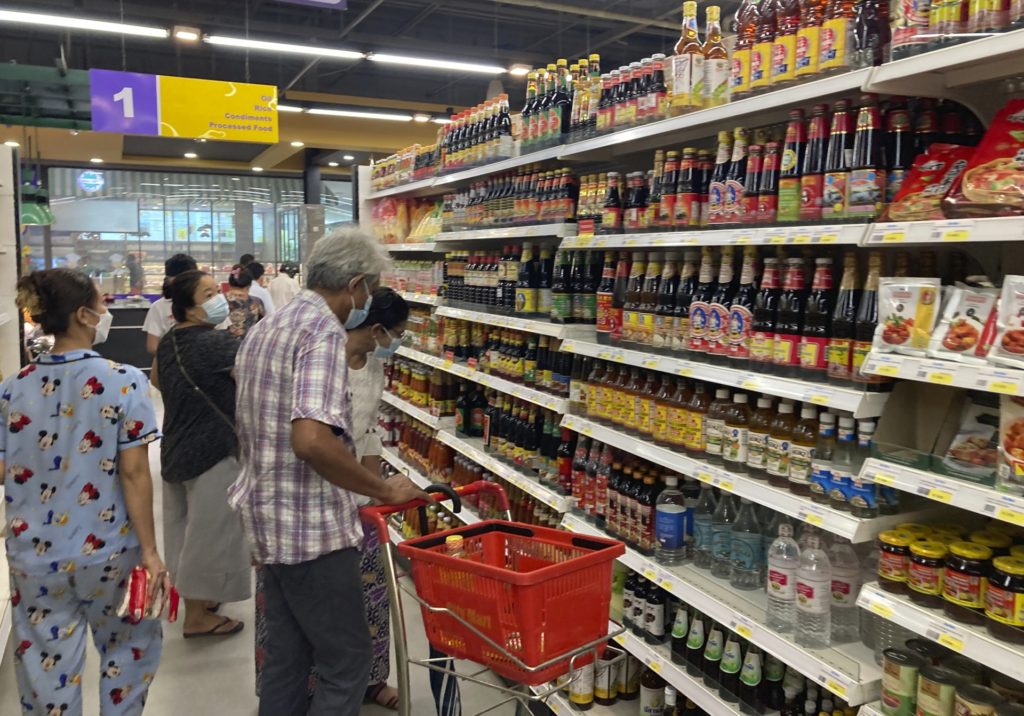 In this Sept. 7, 2021, file photo, people stock up on food and other grocery items at a supermarket in Yangon, Myanmar. (AP Photo, File)

Vegetable oil prices have skyrocketed, brought on by robust global demand combined with “persisting migrant labor shortages” in Malaysia. The overall FAO Vegetable Oil Price Index averaged 168.6 points in September, which is about 60 percent above its year-earlier level and is up 2.9 points (or 1.7 percent) from August.

“Among the major cereals, world wheat prices increased the most in September, up almost 4 percent month-on-month and as much as 41 percent year-on-year,” according to the report, which blamed tightening export availabilities and high demand on rising prices. 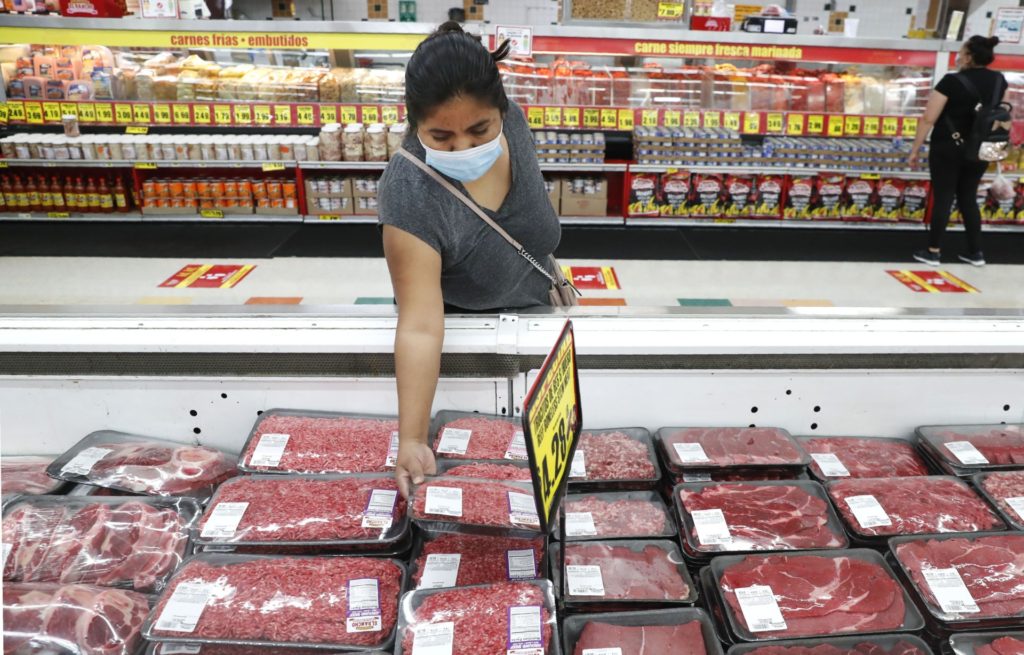 In this April 29, 2020 file photo, a shopper wears a mask as she looks over meat products at a grocery store in Dallas. Wholesale prices rose a higher-than-expected 0.6% in April, driven by a sharp rise in food costs. (AP Photo/LM Otero, File)

Massive supply chain disruptions, rising freight costs, and labor shortages are also exacerbating the issue, leading some companies to raise their prices to pay suppliers and turn a profit.

A Biden administration Member of the Council of Economic Advisers admitted that the United States could experience higher-than-normal inflation well into the next year — despite earlier assurances that it would “work itself out in the coming months.” President Biden’s inflation is reportedly costing average American households an extra $175 per month.