The White House said Friday that President Joe Biden’s renewed cough is the result of “allergies.”

“He’s doing great. He’s got some allergies,” White House press secretary Jen Psaki said as she left the daily press briefing and a reporter shouted a question about the president’s health.

Biden appeared twice in front of reporters on Friday, speaking with a raspy voice, repeatedly clearing his throat, coughing, and wiping his nose. 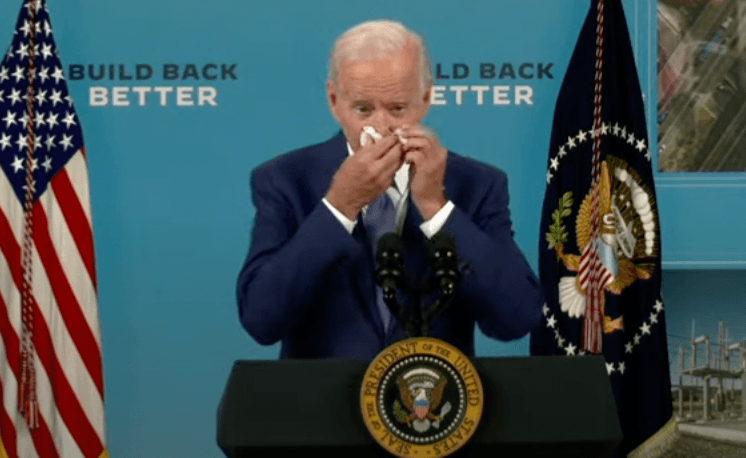 The White House has shrugged off incidents of Biden’s heavy coughing while speaking, including after the president struggled with a cough during a speech in California in support of Democrat Gov. Gavin Newsom.

Psaki told reporters at the time that it was “not a concern” to the White House.

“I think there are a range of reasons why we may need to clear our throat or we may have a little light cold and that’s certainly something that presidents, elected officials, reporters, spokespeople can confront,” she said. “But it’s not an area where we have a medical concern.”