President Joe Biden’s sinking job approval rating is ten points lower than that of former President Barack Obama during the same point in his presidency, according to a ratings average charted by RealClearPolitics (RCP).

The RCP average for Obama showed on October 11 of his first year in office that he had a better job approval rating than Biden has now. Biden was the vice president for Obama during his eight years in office. 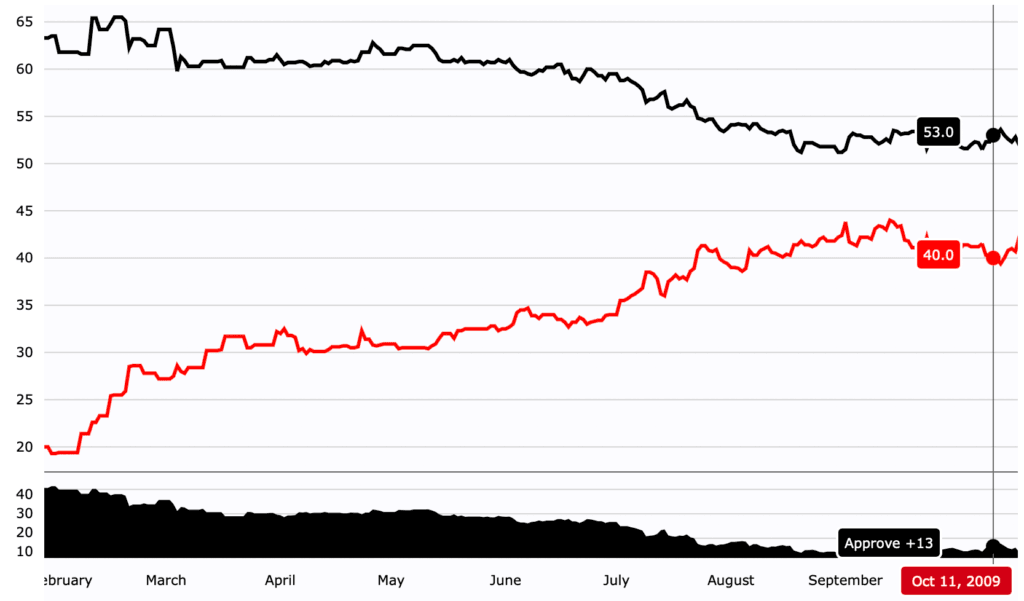 RCP’s average job approval versus disapproval rating for Biden is almost the exact opposite, with 52.5 percent disapproving and 43 percent approving of his job performance. Less of a spread than the former president, this is still a 9.5-point difference for the current president:

At this point in both Obama’s presidency and his former vice president’s, there is a clear ten point difference in what respondents felt of the two presidents during the same point, roughly nine months, from when they were in office for the same amount of time.

RCP creates their average numbers by using the poll numbers from multiple polling sources such as Trafalgar Group, Quinnipiac, Rasmussen Reports, and Economist/YouGov.