The Democrat-dominated House of Representatives committee investigating the Capitol riot of January 6 decided to refer Stephen K. Bannon for criminal contempt prosecution after he defied the committee’s subpoena to testify on Thursday.

Bannon was CEO of President Donald Trump’s 2016 campaign and a senior White House aide until leaving in August 2017. It is not clear what, if any, connection he had with the January 6 event, three-and-a-half years later. 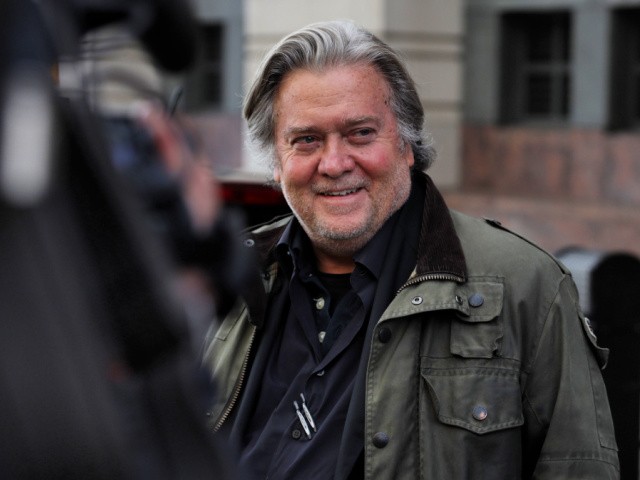 Democrats told CNN this week that Bannon and three other Trump associates, including former national security aide Kash Patel, were being sought because they supposedly had information about “exactly what the president was doing” on January 6 during the riot.

But the aides have not been connected to the riot in hundreds of ongoing federal criminal proceedings against the rioters. Moreover, Schiff and his colleagues have long targeted Bannon and Patel. The latter helped blow the whistle on the use of “unmasking” by Obama administration officials that appeared to target incoming Trump appointees in 2016 and 2017. Schiff also pursed Patel in the first impeachment investigation of President Trump, without any clear justification for doing so.

Schiff told Wolf Blitzer that Bannon and other “could go to jail” for defying the subpoenas. But the aides contend that they cannot be compelled to testify about any communications with the president, because of concerns about the president’s right to exert executive privilege. There is precedent for a former precedent being allowed to exert the privilege, though the limits of that privilege are disputed and may ultimately have to be settled by the courts.

Journalists asked White House press secretary Jen Psaki on Thursday whether she was concerned about the precedent that eroding executive privilege might create; she replied that she was not concerned, because Biden had no intention of leading an “insurrection.”

The Department of Justice will now consider the January 6 committee’s referral, but the subpoena is likely headed to the courts regardless. The committee is run by Democrats, with anti-Trump Republicans Liz Cheney (WY) and Adam Kinzinger (IL) also aboard.