President Joe Biden spoke at the 40th Annual National Peace Officers’ Memorial Service on Saturday, using the occasion to push gun control, police reform, and the narrative that the January 6 protests were an “insurrection” and a fundamental threat to democracy.

The president spoke on the steps of Capitol Hill, praising the Capitol Police who defended the building during the January 6 protests.

“Here, nine months ago, your brothers and sisters thwarted an unconstitutional and fundamentally un-American attack on our nation’s values and our votes,” Biden said. “Because of you, Democracy survived.” 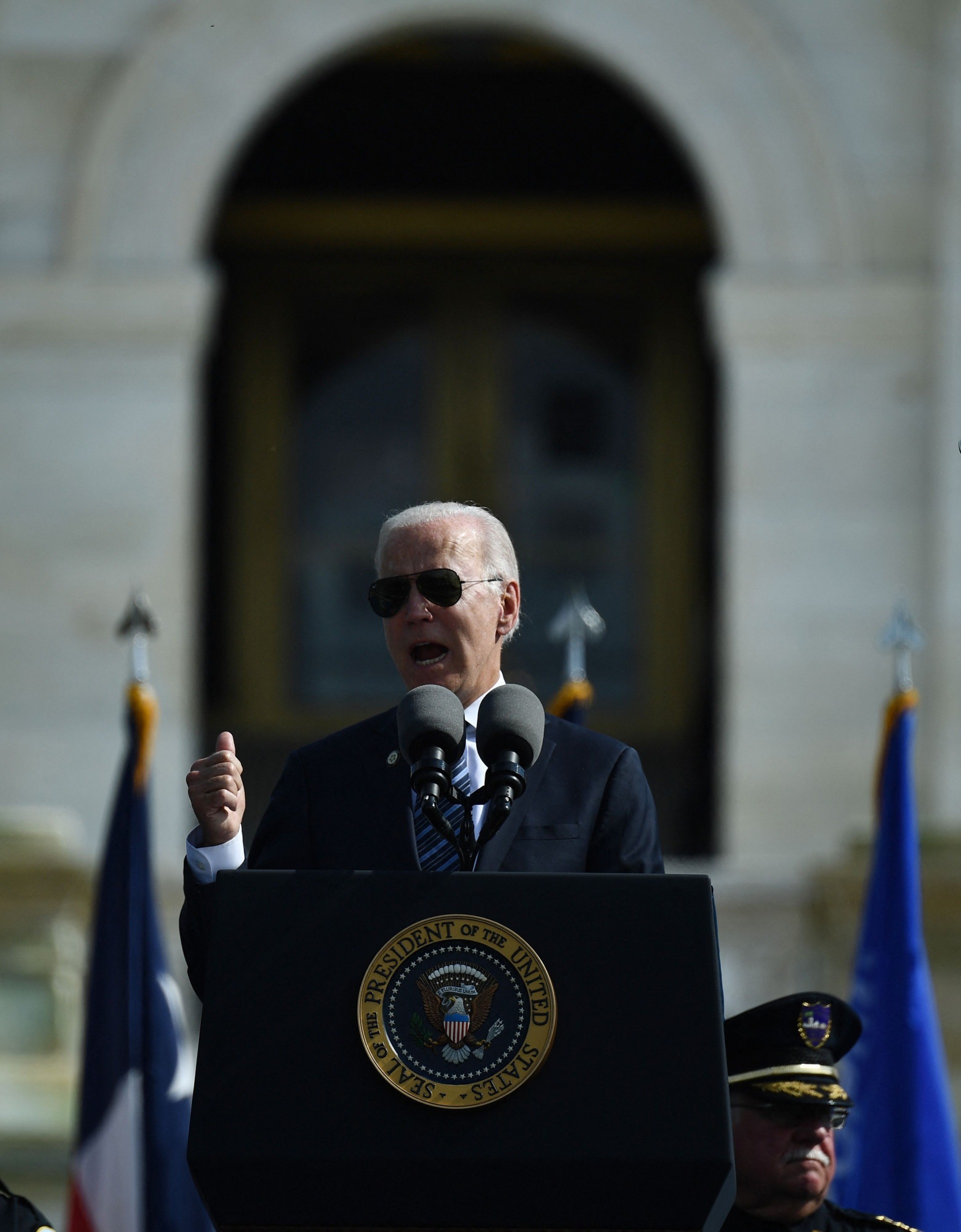 US President Joe Biden speaks during the 40th Annual National Peace Officers Memorial Service at the US Capitol in Washington, DC, on October 16, 2021 (BRENDAN SMIALOWSKI/AFP via Getty Images).

Biden criticized the public for expecting too much from police officers, being the first to respond to mental health incidents and domestic disputes.

“Being a cop today is one hell of a lot harder than it’s ever been,” he said, noting that 2020 was the deadliest year for law enforcement on record.

“We haven’t got anywhere yet, but we’ll get there,” he promised.

The president said police officers should have the support of mental health workers who could better handle difficult situations on the job.

“You shouldn’t be the one having to talk someone off the edge of the roof,” he said. “You should have professional help with you.”

Biden recalled losing his son Beau to cancer, and the loss of his young daughter in a car wreck, in an effort to express sympathy with the families who lost loved ones in the line of duty.

He also used the remarks to push for more gun control.

“We need to work together to confront the epidemic of gun violence,” Biden said, noting that police officers around the country were “outgunned” in law enforcement issues.

He noted that his Justice Department under Attorney General Garland to keep guns out of the hands of “dangerous individuals” and holding gun companies responsible.

The president pushed for expanding red-flag laws in states to take away guns from people deemed unsafe and also promoted Democrat efforts to expand red-flag provisions in the reauthorization of the Violence Against Women Act.

“These steps will protect you and protect the people you serve,” he said.