Former President Bill Clinton spent Saturday night at a Southern California hospital where he is still recovering from a urinary tract infection that developed into sepsis, a spokesman confirmed.

“President Clinton has continued to make excellent progress over the past 24 hours,” spokesman Angel Ureña said in a statement, as reported by the Associated Press (AP).

Hillary Clinton has been with her husband at the hospital southeast of Los Angeles while President Joe Biden said Friday night he had spoken to the former president and “sends his best.”

“He’s doing fine; he really is,” Biden said during remarks at the University of Connecticut. 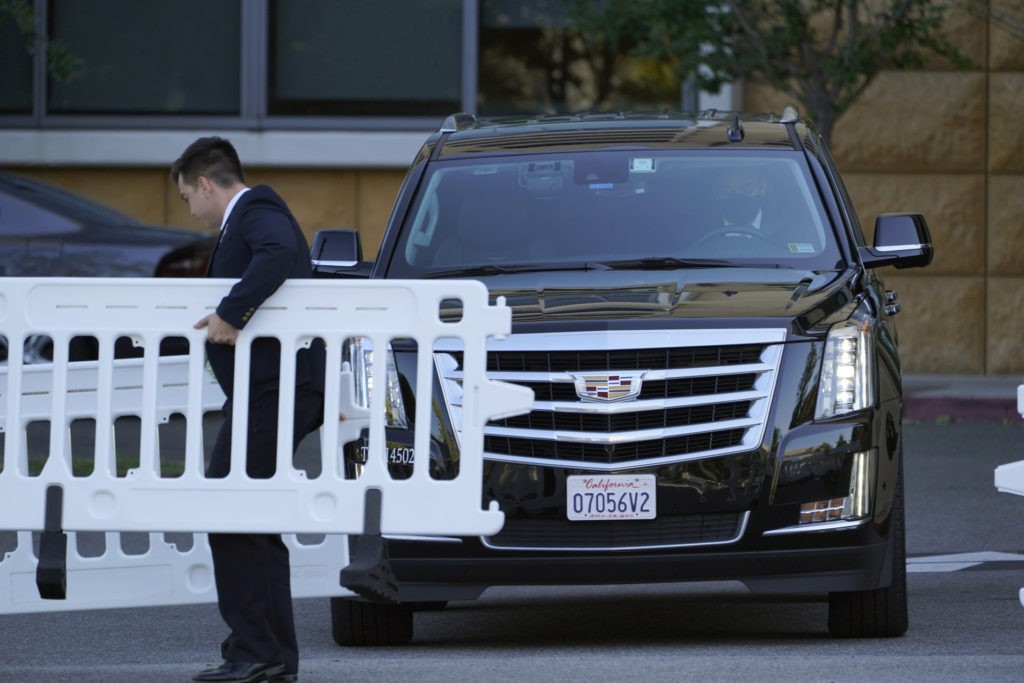 Security agents open a gate blocking the access to vehicles to the University of California Irvine Medical Center in Orange, Calif., Saturday, Oct. 16, 2021. A spokesman says former president Bill Clinton will spend one more night at the hospital where he is recovering from an infection. (AP Photo/Damian Dovarganes)

As Breitbart News reported, the former president was admitted to UCI Medical Center on Tuesday for an unspecified infection that has since been clarified.

The doctors at UC Irvine are in contact with Clinton’s medical team in New York, as well as his cardiologist, as the former president has a history of heart issues.

In 2004, he had a quadruple bypass surgery and, ten years later, had a clogged artery opened after complaining of chest pains.

Not long after his second surgery, the now 75-year-old – known for his love of fatty foods – went vegan.

Hillary Clinton returned to the hospital Saturday with her daughter Chelsea Clinton around 8 a.m. in an SUV accompanied by secret service agents ahead of the announcement the former president will need more time in care.