While Americans suffer through economic hardships generated by the coronavirus pandemic, Rep. Maxine Waters (D-CA) paid her daughter over $74,000 in campaign funds so far this year.

“The last quarter alone saw over $20,000 go to the younger Waters, which is nearly a third of the median American household income in 2020, according to the Census Bureau,” noted Fox News.

According to the New York Post, between October 2020 and June 2021, financial records indicate that Maxine Waters paid her daughter up to $81,000 in 12 installments for “slate mailer management” fees and “Get Out The Vote” (GOTV) services.

During the last election cycle, between March 2019 and September 2020, Maxine Waters paid her daughter up to $250,000 through 26 installments for the same efforts. 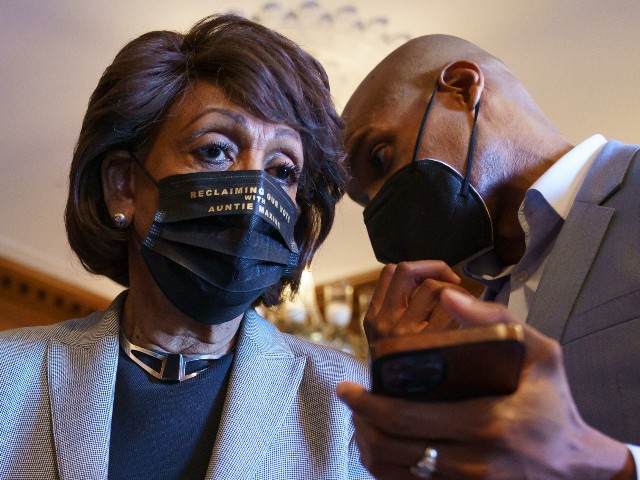 As Fox News noted, federal elections typically do not employ “slate-mailing,” wherein the campaign hires a consulting firm to “create a pamphlet of sorts that contains a list of candidates or policy measures, and advises voters how to cast their ballots.” Maxine Waters was reportedly the only federal candidate to employ this practice during the 2020 election cycle.

Maxine Waters has faced accusations of nepotism before. In 2004, the Los Angeles Times reported she paid over $1 million to family members in the course of eight years.

U.S. Rep. Maxine Waters’ family members have made more than $1 million in the last eight years by doing business with companies, candidates and causes that the influential congresswoman has helped.

In varied ways, they have capitalized on clout she accumulated in a 28-year career as an elected official who built her power base among African Americans in South Los Angeles into a national platform.

Daughter Karen Waters has charged candidates for spots on her mother’s “slate mailer,” a sample ballot that many voters in South Los Angeles use to guide their choices.

The Federal Election Commission (FEC) does not prohibit candidates from hiring family members so long as they are “providing bona fide services to the campaign” and their salaries are not “in excess of the fair market value of the services provided.”