The Biden administration’s Department of Health and Human Services (HHS) on Tuesday publicly announced that Rachel Levine, the transgender assistant secretary of health for HHS, had been named the nation’s first openly transgender four-star officer across any of the eight uniformed services of the United States. According to the press release, this makes Levine, a biological male, the “highest ranking official in the USPHS Commissioned Corps and its first-ever female four-star admiral.”

“Admiral Rachel Levine, who serves as the HHS Assistant Secretary for Health and head of the U.S. Public Health Service (USPHS) Commissioned Corps, was ceremonially sworn in as a four-star admiral,” HHS said in a Tuesday statement, identifying the official as its “first-ever female four-star admiral.”

“Admiral Levine will lead 6,000 Public Health Service officers who are dedicated to serving our nation’s most underserved and vulnerable populations,” the announcement continued, deeming it “historic.”

HHS Secretary Xavier Becerra, who recently came under fire for calling coronavirus survivors who are refusing the vaccine as “flat-earthers,” described the announcement as a “giant step forward towards equality as a nation.”

“This is a proud moment for us at HHS. Admiral Levine — a highly accomplished pediatrician who helps drive our agency’s agenda to boost health access and equity and to strengthen behavioral health — is a cherished and critical partner in our work to build a healthier America,” Becerra said. 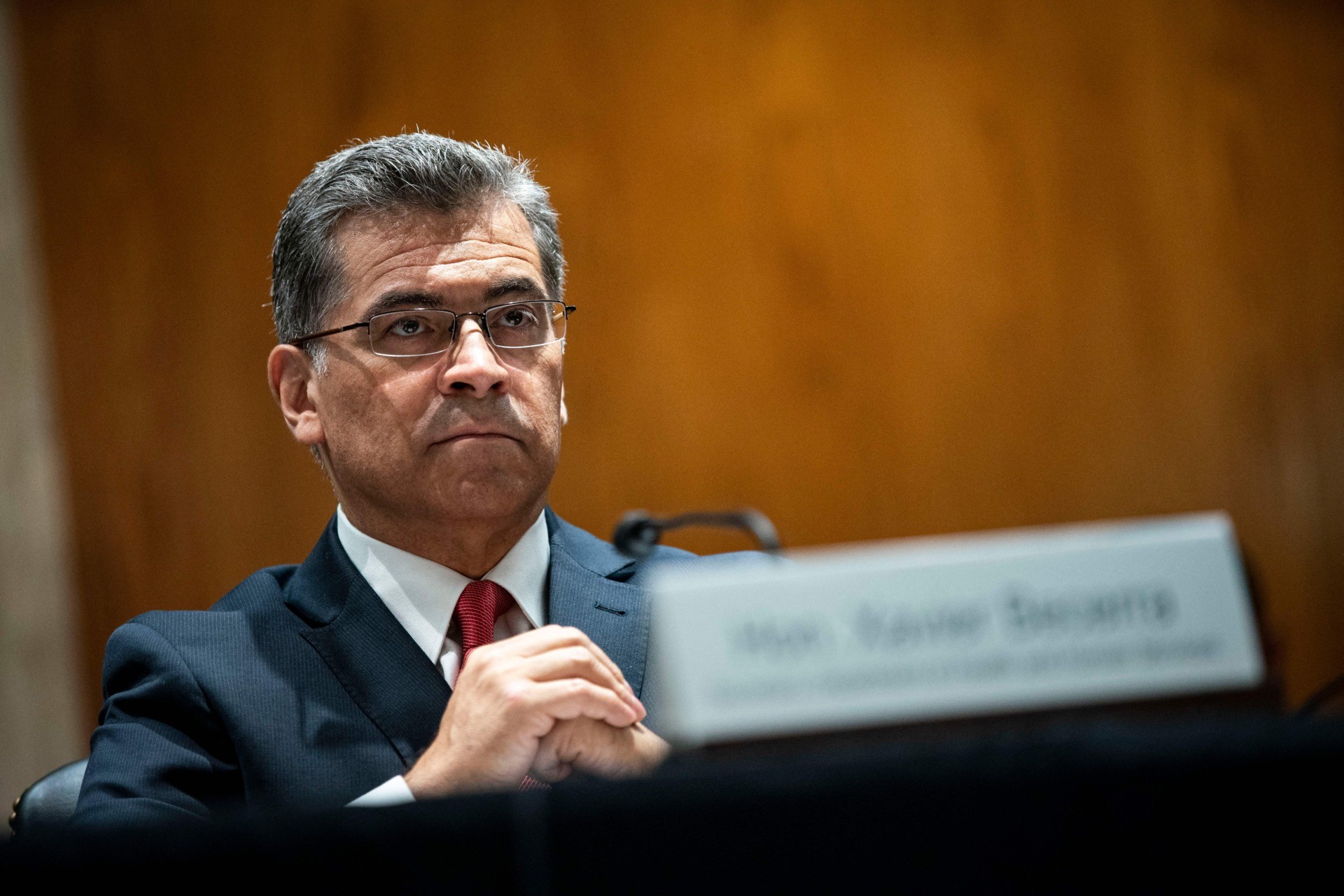 US Secretary of Health and Human Services (HHS) Xavier Becerra testifies before a Senate Appropriations Subcommittee hearing in Washington, DC, on June 9, 2021. (Photo by AL DRAGO/POOL/AFP via Getty Images)

In his acceptance, Levine, who was born as Richard, gleefully accepted the identity as the “first female four-star officer of the U.S. Public Health Service Commissioned Corps and first openly transgender four-star officer across any of the 8 uniformed services.”

“This is a momentous occasion and I am pleased to take this role for the impact I can make, and for the historic nature of what it symbolizes,” Levine said. “May this appointment be the first of many like it as we create a more inclusive future.”

Prior to taking a role with the Biden administration’s HHS, Levine rose to the spotlight serving as Pennsylvania’s health secretary, defending Gov. Tom Wolf’s (D) overreaching edicts throughout the pandemic. 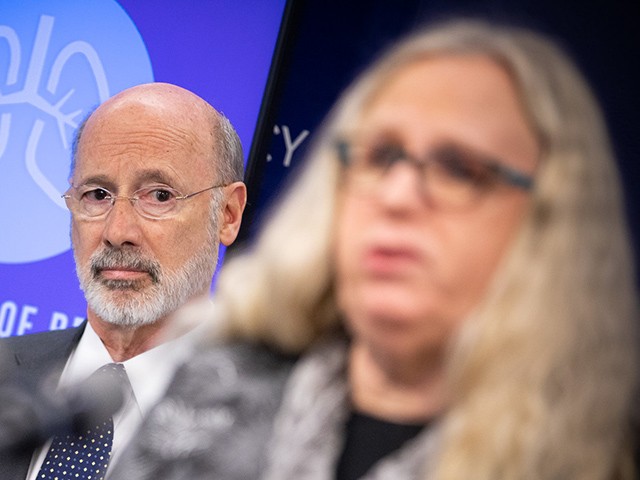 Levine came under heavy scrutiny last year after it was revealed he moved his 95-year-old mother from a nursing home despite guidance from his own department, which initially urged nursing homes to admit “stable” coronavirus patients into the facilities.

“My mother requested, and my sister and I as her children complied to move her to another location during the Covid-19 outbreak,” Levine said at the time, describing his mother as “very intelligent and more than competent to make her own decisions.”