“I am proud to endorse Herschel Walker for U.S. Senate in Georgia,” said Thune, the number two Senate Republican leader. “Herschel Walker is a fighter, a uniter, and a proven winner with the ability to bring Republicans together to win in November.” 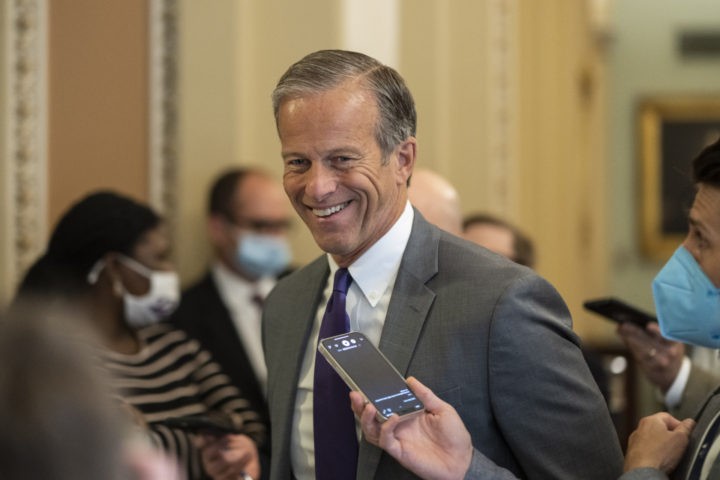 Walker officially launched his campaign in August after months of support from former President Donald Trump. Trump appeared alongside Walker at a rally in Georgia last month.

Georgia’s Senate race will be one of the most closely watched elections of the 2022 midterm cycle, with the fate of the evenly split 50-50 Senate on the line. Walker is running to replace freshman Democrat Sen. Raphael Warnock (D-GA), who won his seat after a special election victory in January.

Thune’s endorsement is pivotal for Walker because it is the first endorsement Walker received from the GOP’s Senate leadership team. Thune, along with other senior Republicans, was hesitant to endorse Walker following an Associated Press report detailing allegations of abuse and financial mismanagement.

The Republican Whip spoke about Walker in July saying, “your background becomes an issue, your experience becomes an issue. Sometimes people who have success in one area of life and translate it to politics, it’s not as easy as it looks.”

Senior Republicans were reportedly pleased with Walker’s recent decision to break with Trump over voter fraud messaging. Unlike Trump, who wants Republicans to sit out the 2022 and 2024 elections until voter fraud is addressed, Walker says “that is not the right the message. Everyone has to get out and vote and we can’t look at the past.”

Walker’s fundraising numbers show high levels of enthusiasm for the candidate. The Georgia candidate raised $3.7 million from his August launch to September when third-quarter fundraising finished.