President Joe Biden argued Tuesday the United States is “on the right track” under his leadership, during a campaign speech for former Gov. Terry McAuliffe in Virginia.

“We’re on the move but we’re on the right track, we’ve got more to do,” Biden boasted during his address, urging Virginians to support McAuliffe for governor.

The president ignored Americans struggling with increased inflation, high gas prices, and supply chain shortages, and promoted the free things he wanted to give Americans. 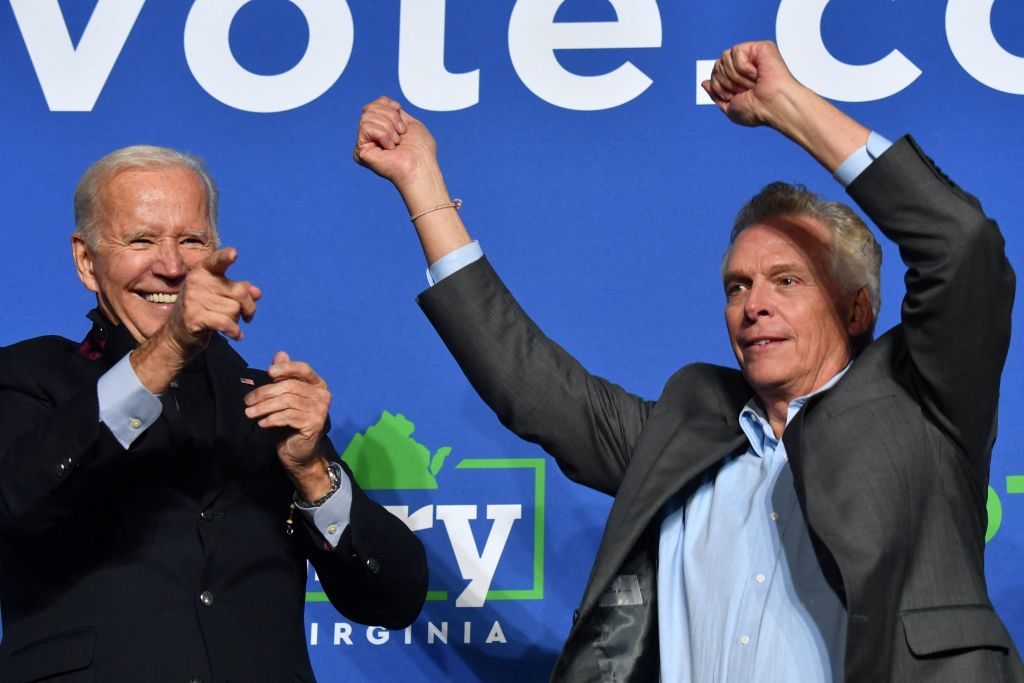 “Take a look at the stock market now, it’s higher than it’s ever been,” Biden boasted. “I guess everything doing well!”

Biden promised better infrastructure and internet access across the state, free pre-school, free child care, cheaper prescription drugs, and replacing lead pipes in homes and schools across the United States, even though Democrat divisions in Congress has stalled his agenda.

He said Donald Trump “was the only president since Herbert Hoover” to experience more jobs lost than gained during his four years in office, without mentioning the coronavirus pandemic as the cause of job losses.

Likewise, Biden boasted he was bringing back jobs at a faster rate than any president in history, without mentioning the jobs were lost as a result of artificially shutting down the economy during the coronavirus pandemic.

Biden also excoriated Trump for only getting two million people fully vaccinated, even though the Food and Drug Administration did not issue emergency use authorization until December, one month before Trump left office.